First of all I would like to once more thank all involved for the opportunity given to take part of the competition.

The name Magma Core was chosen due to the dual meaning that it carries; magma as in lava and magma as in “the biggest” in Latin. Lighting was always going to be a big deal in this build as I wanted to take full control and advantage of the RGB ring fans, for that purpose a command centre was created at the back of the case that encompasses 7 rgb fan controllers and one rgb led strip controller.

The idea for the lateral external panels was in my mind from day one; I wanted to mix different techniques and achieve a realistic feel to it, a lava river is something that always appealed to me and something that I’ve always wanted to include in one of my mods, guess I can cross this one off.

Did come across some problems like a custom reservoir which unfortunately broke, despite placing an immediate order for another acrylic panel it did not arrive on time to be included in the mod, with that are also the lateral windows which will cover the case front opening and the command centre. Also, filling of the loop was a last minute affair and again it seems that I may have trouble with the motherboard, hence the reason for the pictures with unconnected motherboard cables. Enjoy magma Core and good luck to all other participants You can vote for this project in the forum. 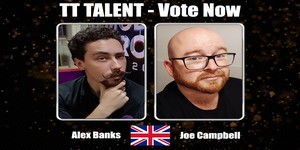 The TT Casemod Invitational Season 2 has kicked off and we need your help to see the UK through to the next stage! 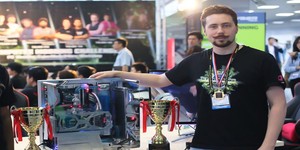 bit-tech Mod of the Year 2016 Nominations

We want you to nominate your favourite projects of 2016.