For a games journalist to say 'X is the best game' is always going to cause some sort of controversy, especially if ‘X’ is something new. However, I love Skyrim above all else and I don’t care if you don’t agree. I genuinely think it’s the best game I’ve ever played. I love the possibilities of exploration, the darkness of the dungeons, the systems that keep its internals ticking over. It’s an incredibly personal thing and my love for The Elder Scrolls has already been splashed over these very walls.

However, while the saying 'love is blind' is also true, I’m not stupid enough to not know full well that Skyrim has a huge list of problems and things I’d like to fix. There have been a hundred moments that I’ve stopped in my tracks and gone ‘oh’ as something hasn’t behaved as it should, or it’s looked a bit off, or whatever. Yes, I know, Skyrim is not the perfect game, but, I’m working on it.

You see, the Steam Workshop is a powerful thing. A few clicks and your Skyrim can have mudcrabs wearing top hats and monocles, the space orb from Portal 2 whizzing around, equippable My Little Pony weapons and armour, and all the spiders skinned up like Spiderman. Or, you can use it to build a better game - one that has been fine tuned, enhanced, and expanded from what is already something amazing. You can use it to get Skyrim 2.0

I’ve spent weeks on this. Trawling the workshop, installing, uninstalling, tuning load lists and making sure that everything plays nicely together, and now I present to you my Skyrim 2.0. It’s a work in progress and always will be so long as people are releasing new mods, but here’s my recipe for a better Skyrim. A balanced, tougher, more survivalist, prettier, deeper, scarier Skyrim without breaking any of the laws. A perfect Skyrim.

A side note on performance before we get started though: Some mods might make the game slightly more taxing on your system, but because you bit-tech lot have those crazy overclocked PCs, I wouldn’t worry about it. For reference, I run Skyrim maxed out with all of these mods on a Radeon HD6970 2GB with a Core i7-930 @ 3.2GHz and 8GB of RAM and it runs fine, but your results may, inevitably, vary.

Another couple of housekeeping items; firstly, when a couple of mods sit together perfectly, I’ve listed them like [mod 1] & [mod 2]; secondly, all of these mods are available on the Steam Workshop. I know Skyrim Nexus has a hell of a lot of good stuff that’s not available on the workshop, but the key thing is that the workshop makes this process so easy. It auto-updates mods, handles the installation, and stores your mod list in the case that you have to re-install Skyrim. It’s truly the next step in how to mod games. I’ve broken the mods down into sections of essentials, dramatic changes, fixes and ‘might as wells’. Let’s get on with it.

There should be no question about installing any of these. They quite simply make Skyrim better in a non-trivial ‘why the hell wasn’t it like this from the start?’ kind of way. Essentially, if you were to ask me ‘what are the mods I need to make Skyrim considerably better very quickly’ - it’s this shortlist.

Get it here
The menu interface for Skyrim is crap - it’s probably the worst thing about the whole game. Let’s fix that first. SkyUI completely overhauls it, making fonts smaller and information better presented. It doesn’t make the dreadful perk tree much better, but everything else is, considerably. Click to enlarge
There is a cost, however: for SkyUI to work you have to launch Skyrim through the unofficial script extender - it’s very easy to do though and just means that you launch it from a different shortcut (it still works with the steam overlay as normal).

Get it here
Not having roads on the map was stupid - it makes it generally unusable as an actual map, and since there’s not one in game (if only everything would steal Far Cry 2’s map system) we have to fix it. This mod adds roads to the map and makes the detailing slightly better - it’s a more significant change than you’d think - especially when you’re trying to avoid fast travel.

Get it here
When your horse is squaring up to a Dragon, something is wrong. Oblivious Horses makes your horse calm the hell down and stop charging into fights - generally handy and essential if you’re playing a stealth character.

Get it here
Have you lost your horse again? Whistle adds a shout to your repertoire that whistles for your horse to come running.

Get it here
The horses of Skyrim are lazy buggers. They can only gallop for a few seconds, and their usual running pace is a bit sluggish. No more! Faster Vanilla Horses (Frost and Shadowmere are not affected) now run like horses should. 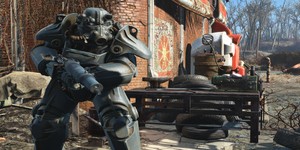 Riding dragons will be possible in Skyrim's next expansion which is due for an early December release.