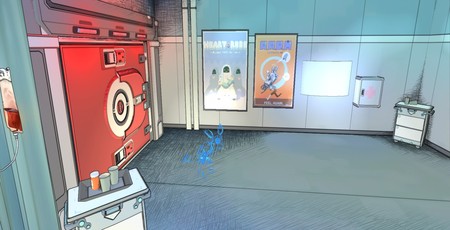 It’s a remaster of 2014’s Cloudbuilt, and the 3D platformer is equal parts Mirror's Edge and Psychonauts, although it doesn’t quite hit the high standards set by those two games. The high-speed platformer at times feels more like a racing game than a 3D platformer, and it has several high points of its own, it’s just that many of them are literal high points, towering peaks you’ll ascend as you explore the game’s abstract dreamscape. 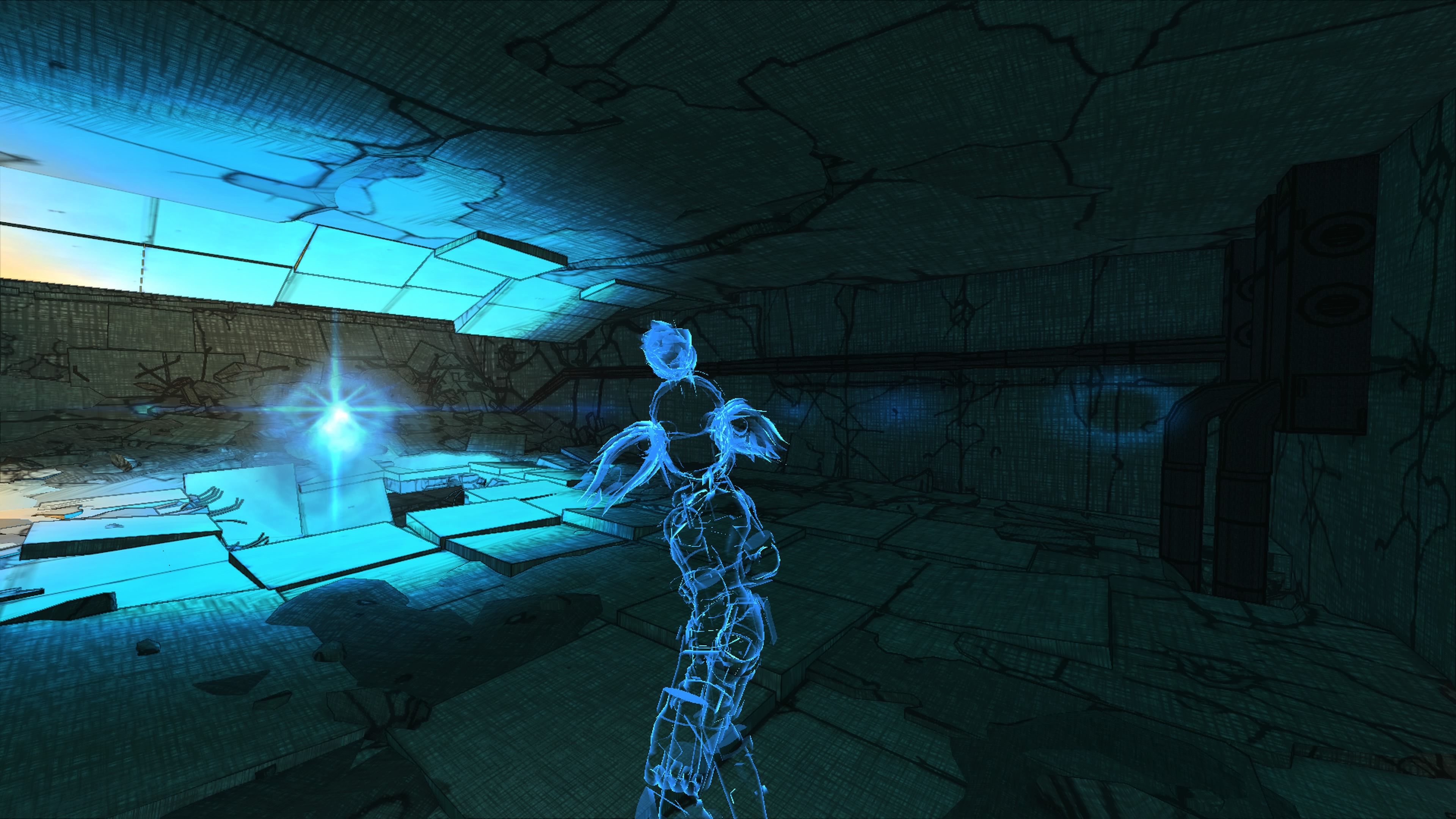 Super Cloudbuilt works best when you’re at top speed. Jumping across the map is fluid and enjoyable, and getting through the maps is rewarding, as you’ll wall-jump, wall-run, wall-slide, and even wall-jetpack to travel from surface to surface, picking up containers of jetpack fuel from the walls as you run past to keep yourself topped up, moving as fast as possible at all times.

If you start to slow down, the speed > enjoyment formula becomes clear, a bulletproof algorithm that perfectly explains why the game gets steadily worse as you slow it down. Putting on the brakes is always a negative, whether you’re just looking to stop and work things out, stuck on a bit of terrain waiting for jetpack fuel to regenerate, or shamefully clambering hand over hand through the obstacle courses that makes up the game’s levels. 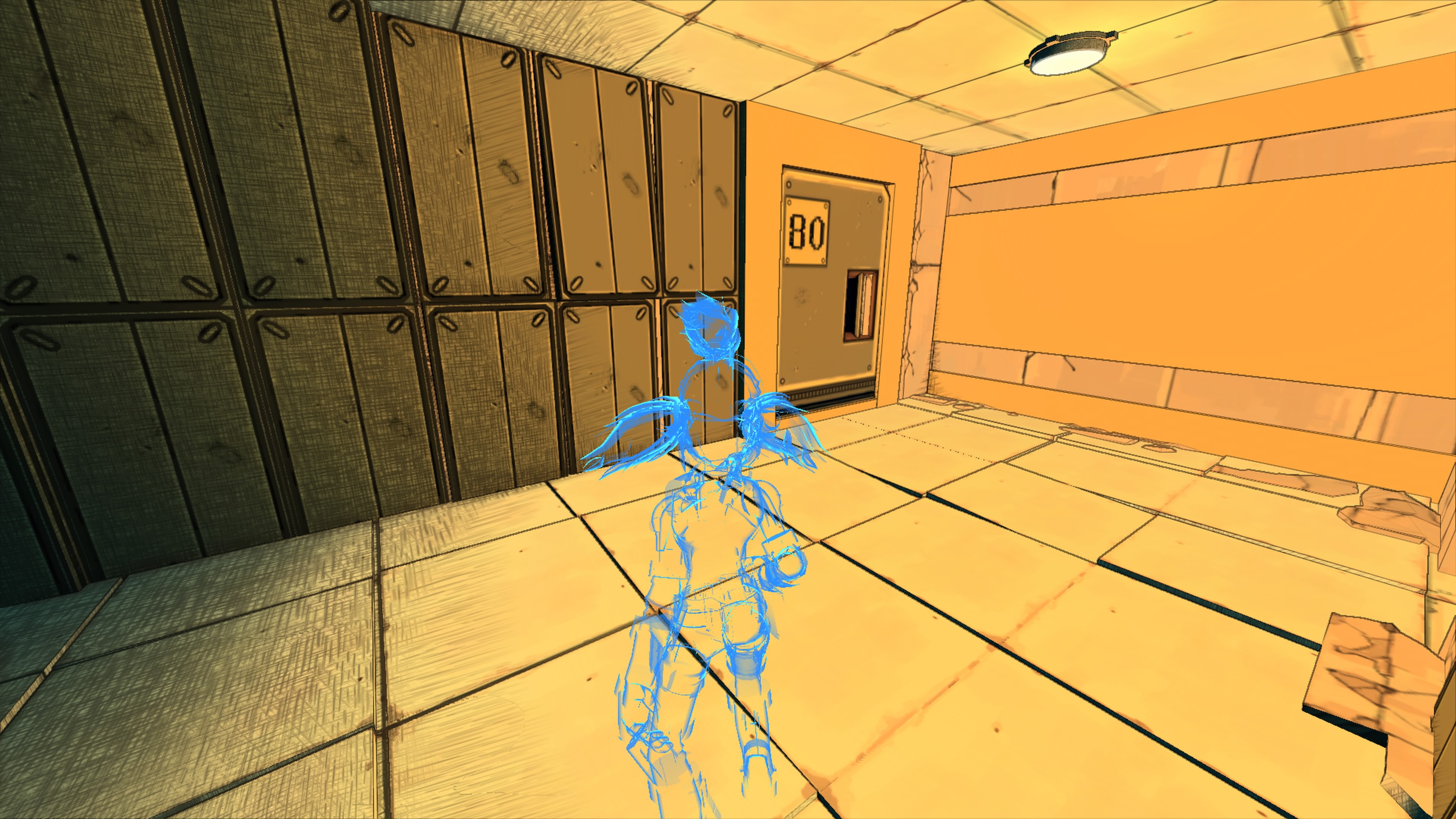 See, it’s when you slow down that you notice the biggest problems: The game feels rough around the edges, and it handles like treacle. The art-style, quite attractive at a glance, doesn’t hold up under scrutiny, and while I initially was a large fan of the crosshatched shading and vivid colours, they were tiring after several complete stops trying to work things out, and it does a good job of making everything appear to be the same amorphous lump of level, which makes enemies or power-ups difficult to spot.

Worse, the textures feel like they’re desperate for your attention, with walls daubed with arrows pointing you in the wrong location and dangerous traps painted in dull shades of grey, blending into the background until they mess you up. For a game where you need to go fast all of the time, it’s rough that the visual language is so confusing at high speed. 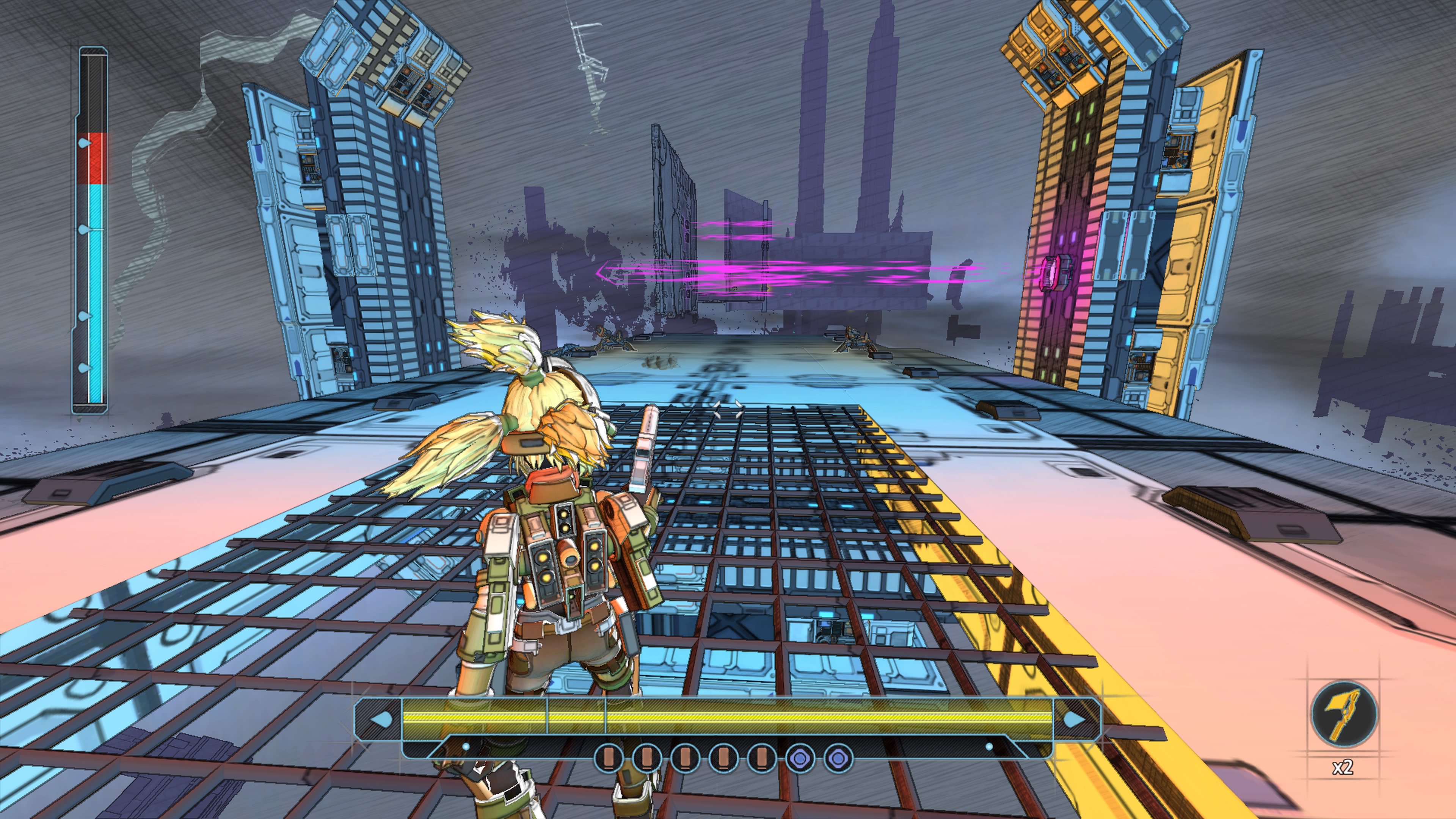 The game’s story isn’t anything worth slowing down for, either. You start as a blue-hued outline, charging around an abandoned research base before you reach your own unconscious body.

I stopped paying attention to the narrative here, because it’s just a framing device for you to jump around. After finding yourself, you start adventuring through some sort of dreamlike subconscious with floating walls and elegant assault courses. You get all of your abilities within the first 15 minutes of the game, and after this the only thing getting an upgrade is your skill as a player. 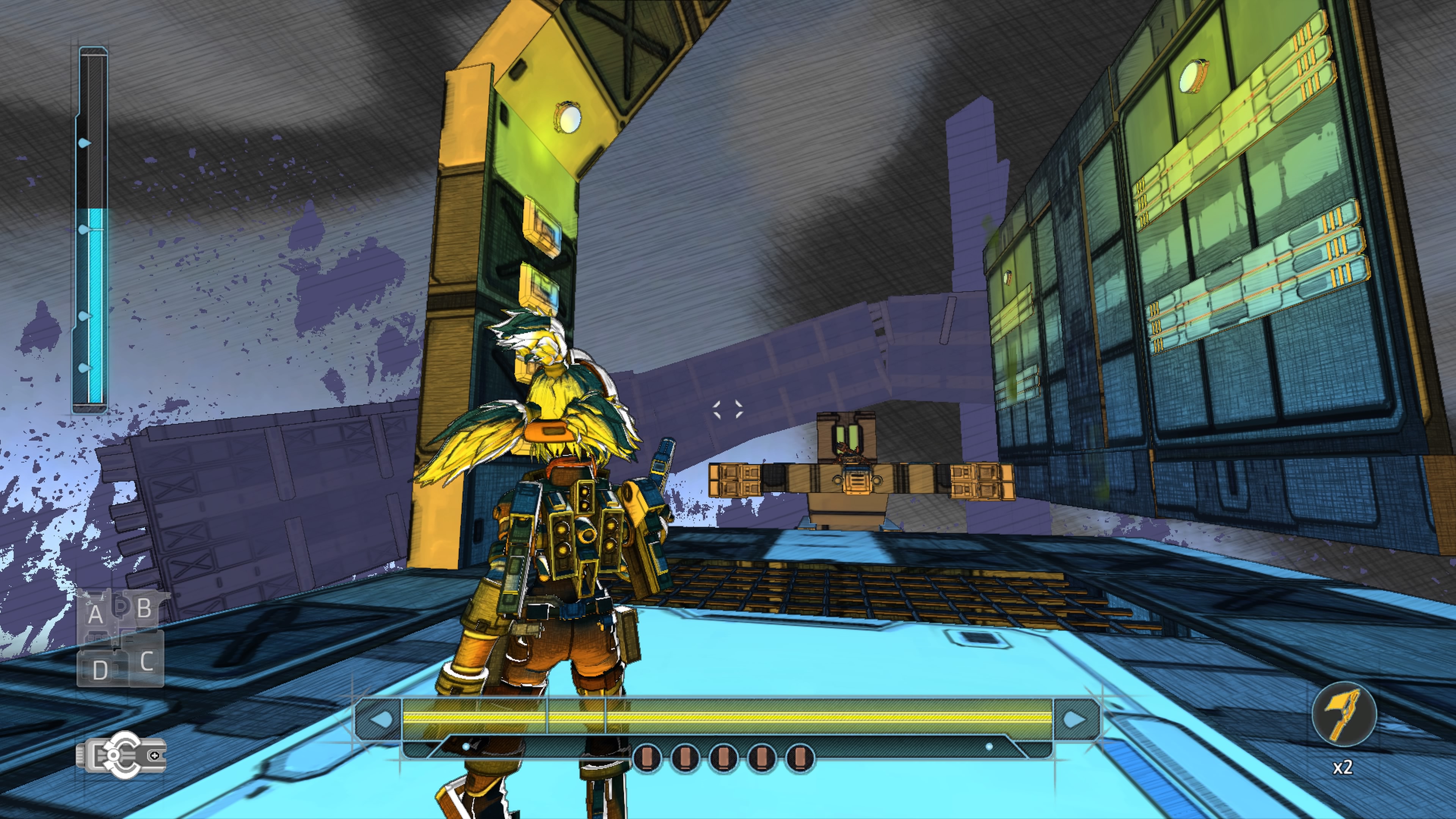 At speed, it’s an excellent game, a free-running game to rival Prince of Persia: The Sands of Time or Mirror’s Edge. Sadly, there’s a lot of other bits and pieces that aren’t free-running, and none of them are quite as good as the main draw.

Combat is a particular negative, with you being given one shoddy weapon to take on enemies. I’d question the benefits of having the gun in the game at all, with the combat adding very little but doing a lot to make me unenthused about the parts of the game I was already very much into. 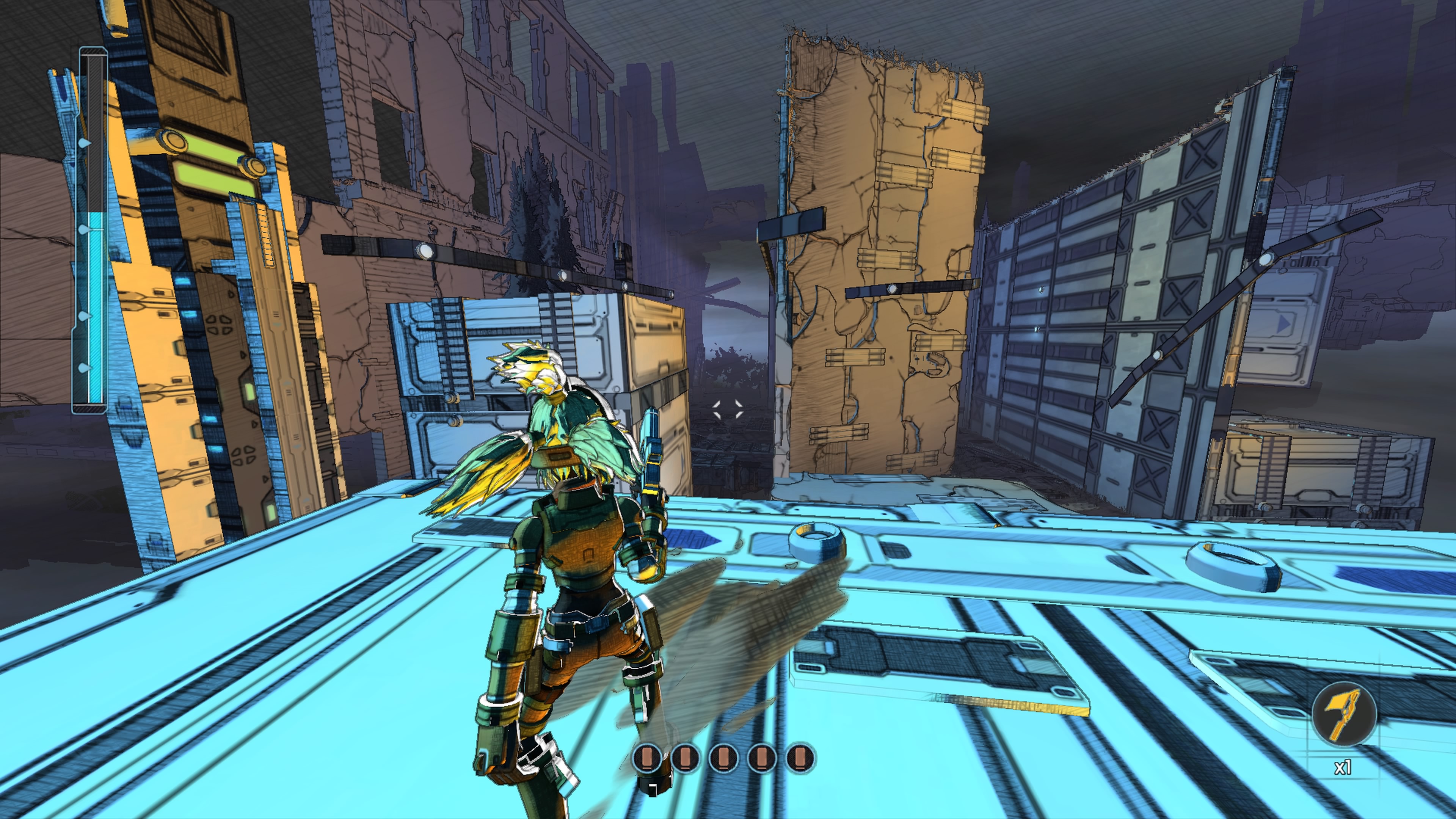 It’s a shame, because jumping across the map and exploring the world the game lays out is satisfying, and it would be enough to recommend the game if there weren’t these other frustrations. Now I can recommend it happily, just with several important caveats.

Also, the controls are bad on the console. On the PS4 version, a copy of which was provided for review, the controls were grim. X, long held as the universal standard for jump or climb, is here instead the button to let go. L1 will spring you forwards, while L2 activates your jetpack (with L1 twice also activating your jetpack but in a different way - the more you know...) and as a result, I regularly climbed a tough wall only to get to the top and press X to triumphantly climb up and immediately let go, dropping myself back down the wall, swearing profusely. 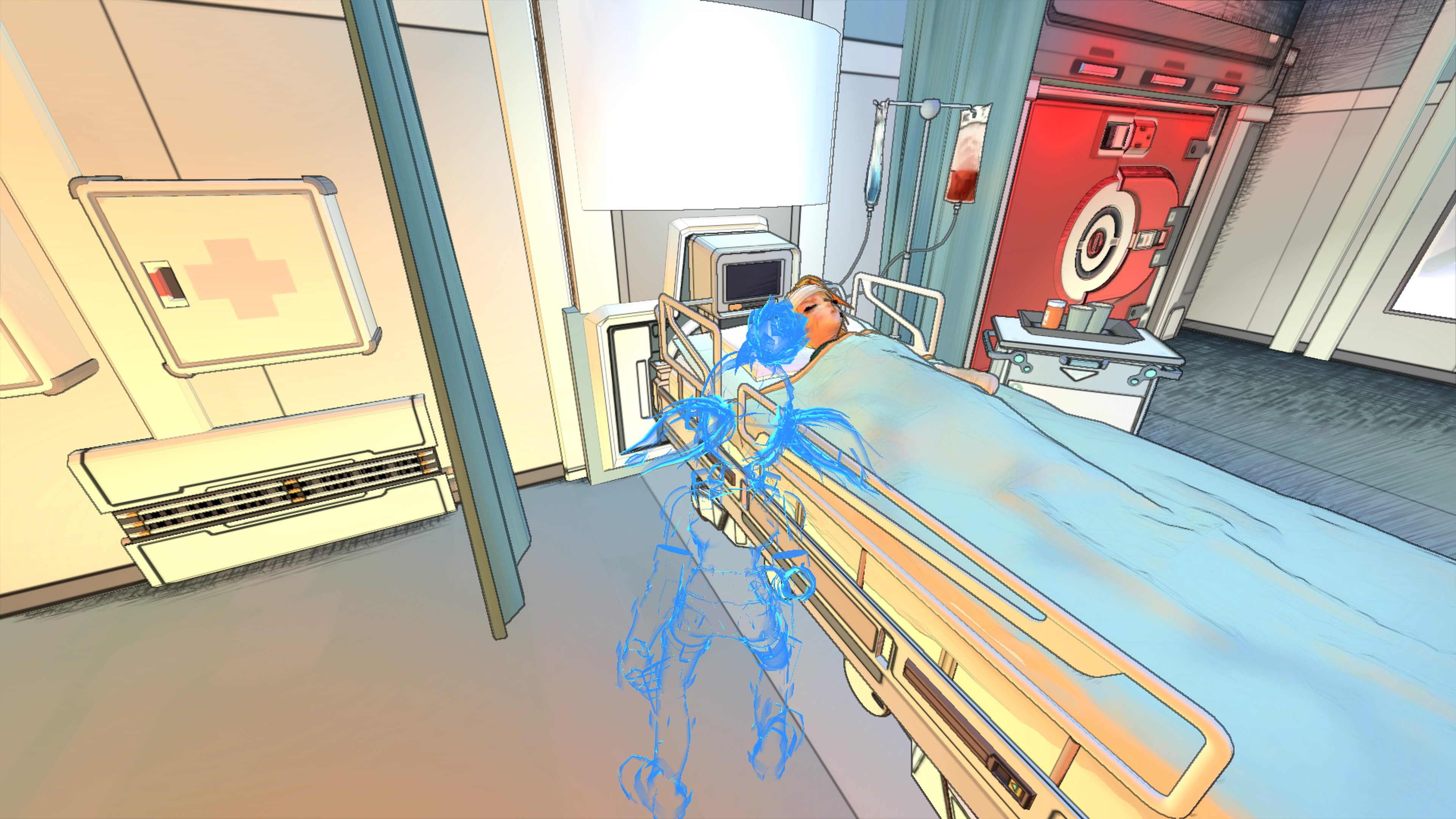 One thing it does well is that it lets you set your own checkpoints, so if you’re struggling with a section and you beat it, or perhaps you’re approaching a tough segment you’re not too confident on, you can drop a checkpoint marker, and if you fail and fall into the endless nothing that is so often your reward for messing up in Super Cloudbuilt, you can restart at a position of your own choosing instead of an autosave from miles back.

I like Super Cloudbuilt a lot, even if it doesn't seem like it. Subjectively, I’m a big fan of the jumping that it offers. Objectively, though, I think there are too many problems for the game to be a classic or a must-buy game. It has charm, and the platforming is great fun, but it’s just marred at every turn by poor design decisions that are holding it back from being a properly recommended title. 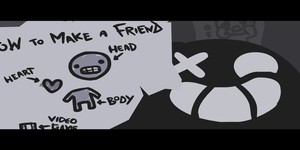 The End Is Nigh Review

The End Is Nigh is a clever spin on Super Meat Boy's ultra-challenging platforming. 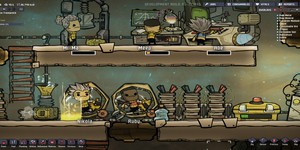 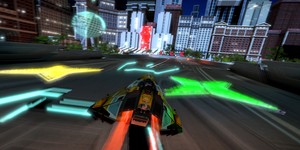 Wipeout looks better than ever on PS4 Pro hardware. Is this collection worth a revisit?