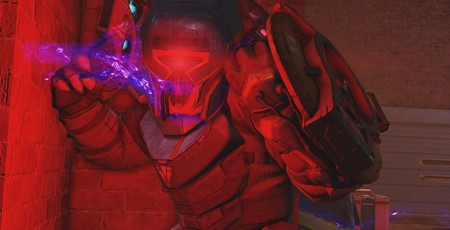 Called it. I said we’d be getting a new X-COM this year back in January, although I’ll be honest, I wasn’t expecting it to be quite so immediate, or quite so…different. Chimera Squad is an even bigger departure from X-COM 2 than X-COM 2 was to Enemy Unknown, taking the series’ massive tactical strategy and reducing it into a much more focussed, faster-paced, and mechanically creative form. I ended up enjoying it quite a lot, although I thought some of the stylistic choices undermined the general concept. Chimera Squad continues X-COM’s run of surprise, about-face premises. In the first game, you were attempting to stop an alien invasion. In the second, you were attempting to liberate Earth from occupation after failing your objective in the first game. In Chimera Squad, you’ve defeated ADVENT, but the aliens are still around, and are now living right alongside humanity. They’re doing all the same things humans do, namely eating, sleeping, and crimes.

It’s a new world order, and you’re the order bit. Chimera Squad is a hybrid task force designated to protect the motley metropolis of City 31, busting the city’s human and alien gangs. As if that wasn’t a big enough job, City 31’s Sectoid mayor has just been blown into goo by mysterious forces, and it’s you’ve been assigned to investigate. Basically, it’s SWAT with Aliens, and that’s a premise I’m not so much on board with as shovelling coal into the engine while making choo-choo noises with my mouth. What’s more, the new focus comes with some delightfully clever tweaks to X-COM’s core mechanics. For starters, encounters are no longer single, mission-length affairs. Instead, missions are divided into multiple smaller encounters that always commence with a new feature called the “Breach” phase.

Breaches are easily the coolest thing X-COM has ever done, and X-COM has always been a fairly cool customer for a tactical strategy game with aliens in it. During the breach phase, you line up your four-man squad at one of several entrances to a room or building. Once you’re happy with setup, your squads busts through the doors, windows, skylights in dramatic fashion. At this point, time slows to a crawl and each Agent gets a free shot at any enemy in the room. If this sounds more like an FPS than X-COM, well, that’s how it feels in the moment. But there’s more going on to breaches that is initially apparent. How you stack up your squad can make a huge difference to how the ensuing encounter plays out. Different entrances provide different stat bonuses or stat penalties, and you need to think carefully about where to put which Agent to best protect from receiving damage and being able to deal it.

Good breaches are also crucial to establishes an early advantage in Chimera Squad’s biggest and arguably most controversial change – the timeline. Previously, each side of an X-COM battle took its turns entirely separately. Now, however, turns are assigned to each individual in the room, rather than each side. The timeline on the right shows you which character’s turn is coming up. You might have two agents take a turn, then your enemy gets three unit turns in a row, then you get another two turns, and so on. This makes each encounter much more puzzle-like, as you can only control one character at one time. I didn’t like this idea at first, as it felt enormously limiting. But it turns out the timeline exists purely for you to manipulate it, and you can do this in some truly delightful ways. Once per mission, for example, your selected Agent can “Team Up” with another agent, bumping their turn up into the timeline and letting you have two actions at once.

Furthermore, many of your Squad’s abilities are geared toward turning the timeline to your advantage. For example, Verge is a Sectoid with mind-control abilities, and his stupor ability can put enemies to sleep, causing them to miss their turn. Torque, meanwhile, is a snake-lady who can “Bind” enemies into her coils, rendering them unable to move or act and thus removing them from the timeline. Some players may lament the lack of ability to recruit and customise their squad members, but the more specific, personal nature of Chimera Squad’s characters fits the game well. At least, mechanically it fits. In terms of presentation, I’m less convinced. Chimera Squad tries to inject personality into its Agents, giving each a distinctive character and having them converse with one another through visual-novel-style dialogue sequences.

Sadly, both the tone of the writing and the visual style didn’t work for me. It has this performatively chirpy tone where many of the witty back-and-forths feel forced, like the game is trying to be your friend in a way that feels completely artificial. Also, the character portraits look like they were drawn for a Flash dating sim from the mid-2000s, and don’t fit with the game’s broader art-style at all. It’s these tonal changes, more than the mechanical differences, that make Chimera Squad the weakest X-COM game for me. For example, Firaxis has done a great job reducing down the geo-scape to a city-sized map. The city has five districts which generate Unrest each day, and if one district maximises its Unrest, it then begins to generate Anarchy, which will ultimately end the game.

It’s a cleverly designed set of fires you need to fight, while also trying to make sure the missions you take on are rewarding enough that you can appropriately outfit your squad. It captures the slow creep of tension central to X-COM. But then one of your squad cracks a dumb joke and suddenly it feels like you’re playing a different game. I would have preferred the game to play its alien-cop premise straighter, and focus on making its characters interesting rather than affable. All that being said, I do like Chimera Squad. It’s a refreshing change of pace from the larger-scale games, and the new systems generate a sufficiently different puzzle that’s no less satisfying to solve. I just wish the game wasn’t so determined to like me. I don’t want your baked goods, Cherub, I want you to do your job.