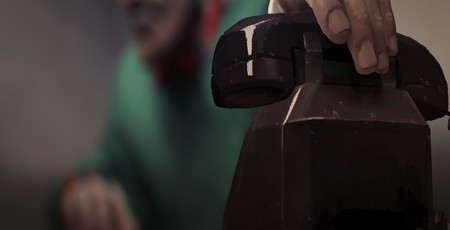 I had my first encounter with nature's assassin as I traipsed through a frozen highway in The Long Dark's story mode, Wintermute. The game had been good to me so far, teaching me the basics of survival on a tiny plateau after a plane crash.

The Long Dark's instructions were clear on Wolves. Do not engage, do not annoy. Walk softly and carry a brightly lit torch, and perhaps you'll survive. I thought I had the measure of wolves.

My torch was waning when I heard the panting behind me and I turned around to see a pair of eyes, glittering in the darkness. Two things happen at once. My torch burns out, and I start back-pedalling rapidly. In the dark. Before I know it, I'm far from the highway and completely lost. Starving, freezing, and in need of a good night's sleep, I push back towards the road. That's when I encounter the wolf again. It's less mysterious now, teeth bared like an animal ready to attack.

In the game's three years of Early Access, I've played it only twice before this review, enjoying the game's frozen apocalypse, showing a world ending not with a bang but with a whimper. The first time, I starved to death in a charming valley. The second, I was eaten by a bear. It was a meditative experience, nature vs man in a pitched battle.

This third time, I was mauled to death by a wolf, feebly mashing the left mouse button to try to save myself. It's hard to get a sense of exactly what Foley work has to go into creating the sounds behind "man getting eaten by wolves”, but I can say that when it happened, death was gruesome. I'd be eaten by the same wolf, or at least one that looked just like him, several times over the next hour or so. Each followed a desperate battle for survival, because The Long Dark isn't a slouch when it comes to killing you off early in the game.

Some survival games are more akin to a build-'em-up, letting you construct towering structures and high-tech gadgets rather than getting on with the business of survival. On the flip side, I once held the W key a second too long while trying to cosy up to a fire and gave myself a burn on my hand that cost me a day of scavenging to find the herbs to treat it.

Most of what you'll do is scavenging. Searching frozen car trunks, kicking apart damp crates for wood, raiding lakeside cabins for ever-warmer gloves. You'll use these odds and ends to try to create a life for yourself out in the Canadian wilderness. It's a fragile existence, and unlike most survival games, once you're dead here, that's all she wrote. The story mode has a checkpoint system, one which saw me eaten by wolves 20 times over the course of an hour, but once you're in the game's survival mode, a death will put you back to the start. There's a lot of game here. The story currently has two chapters, with the rest due to come at a later date. I was able to complete the first chapter, which took me around seven hours, and if the rest of the chapters are the same, there's a solid game here. The main event is still the survival mode, and after several hours of playing it, I've learnt that there's a lot more depth, but it's also much easier to screw yourself over and never realise it.

If you don't get mauled by wildlife, you'll rarely realise the mistake that killed you in The Long Dark. Death arrives at length, the byproduct of the game’s cruel and unusual Rube Goldberg machine, where drinking water before purifying it can make you sick, requiring antibiotics that you then need to treat a more severe injury six days later. This can force you to get outside when you're not ready, desperately foraging for survival, where you will, inevitably, freeze to death.

I'm fond of the game, but I'm less fond of the time it takes to complete things. Breaking objects, crafting, cooking, lighting fires: It's all represented by a wheel turning on your screen. You'll get intimately familiar with this wheel, rotating slowly as you slowly die. It's annoying, because it robs the game of so much of its tense energy. I recognise it's an inelegant solution to the problem of time dilation in the game: You can't cook something in 30 seconds, after all. Unfortunately, there are so many deft touches and elegant solutions in the game that this sticks out like a sore thumb and seriously hampered my enjoyment. Mastering survival in The Long Dark is a difficult proposition but if achieved can make you feel like a god. There's a mountain in the game that I would like to summit, but it's such a long way from the safe spawning area of Mystery Lake that I don't know if I have the skills necessary to build what I need and then ascend the mountain, but for me it's a clearly defined goal, and while I've reviewed the game, I don't suspect I'll feel finished with it until I've dragged myself half dead up that mountain.

Still, The Long Dark is a difficult game to recommend unreservedly. Survival in the game is so brutal that unless you have patience you'll struggle to make an impact. The story mode is fine, with an interesting plot I want to find out more about, but it's not finished yet, and considering it took the team three years to get the first two chapters into the game after entering Early Access, I'm unsure if it'll be finished reasonably soon.

But this is a beautiful apocalypse, and if you're going to trap yourself away in a nightmare future, why not this one, with a little peace and quiet?