Fully fledged simulators are an acquired taste. Take flight simulators, for example - we're not talking Tom Clancy's HAWX here, we're talking about realistic flight models that behave in much the same way as an aircraft does - boring bits and all. Some might mock Microsoft's Flight Simulator series for it's lack of guns and missiles, but to others that's exactly what they want.

Ship Simulator is, as you probably guessed by the name, the boating equivalent of that model. It caters for those of us who prefer to live without being hunted down by destroyers or sinking to the bottom in a blaze of cordite-clouded glory and just want to sail a boat. See the sites, although there's not too many of them
However, while Microsoft's Flight Simulator X took a big step towards appealing to the more casual audience who might want to do without taxiing off runways and so on, Ship Simulator Extremes does no such thing. It's strictly sim-fans only, and even then it's not a very attractive option.

There are three game modes on offer - free roam, missions and campaign mode - but none make getting into the game particularly easy or inviting. We managed to locate a set of instructions which seemed to point to a tutorial mission, but we were unable to find it. In fact, there were no single missions on offer and the downloadable content only consisted of two advanced missions - not what you'd want to see if you're approaching the genre for the first time, especially considering how vague and useless the manual is. Rain or flying needles? We're not too sure
The campaign mode is where most of the game supposedly lays, and offers a choice of jobs for players to step in to. The most interesting is the chance to play as the captain of a Greenpeace vessel - surprisingly, one of the more action-filled roles in the game thanks to the poorly animated water cannons at your disposal.

Other campaigns include Tourist Tales, a mix of tourist ferrying missions and Core, which has you piloting a towboat. After completing most missions you unlock a video as a reward, the first Greenpeace mission gives you a mini documentary about real Greenpeace captain, Pete Wilcox, for example. It's a nice touch and does add a bit of much-needed atmosphere to the game.

Thankfully, there's a free-roaming mode too, which means you can hit the high seas within a few minutes instead of starting in a port as you do with a majority of campaign missions. In free roam, you can select from several dozen ships, ranging from hovercrafts to cruise liners, before selecting a launch location. You can customise the experience further by selecting a certain time or weather condition, but the setup is prone to errors. You can, for example, select places where there's not quite enough depth beneath your keel and as a result, you're grounded before you've even started. 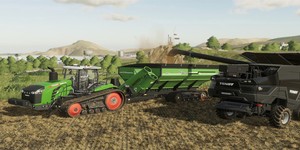