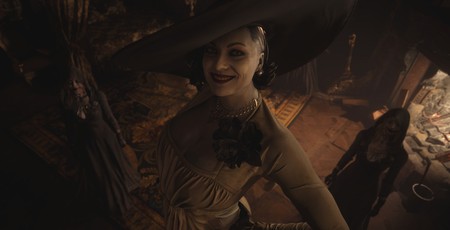 Resident Evil Village straddles the line between a direct sequel to Resident Evil 7 and a spiritual successor to Resident Evil 4. This attempt to serve two masters proves to be both its strongest asset and greatest flaw. Brimming with ideas and boasting some exceptional set-pieces, it’s also an unfocused experience that doesn’t always seem certain what kind of game it wants to be. The end result is that Village is less than the sum of its parts. But those parts are still pretty well-crafted, so things shake out fairly well for Capcom. 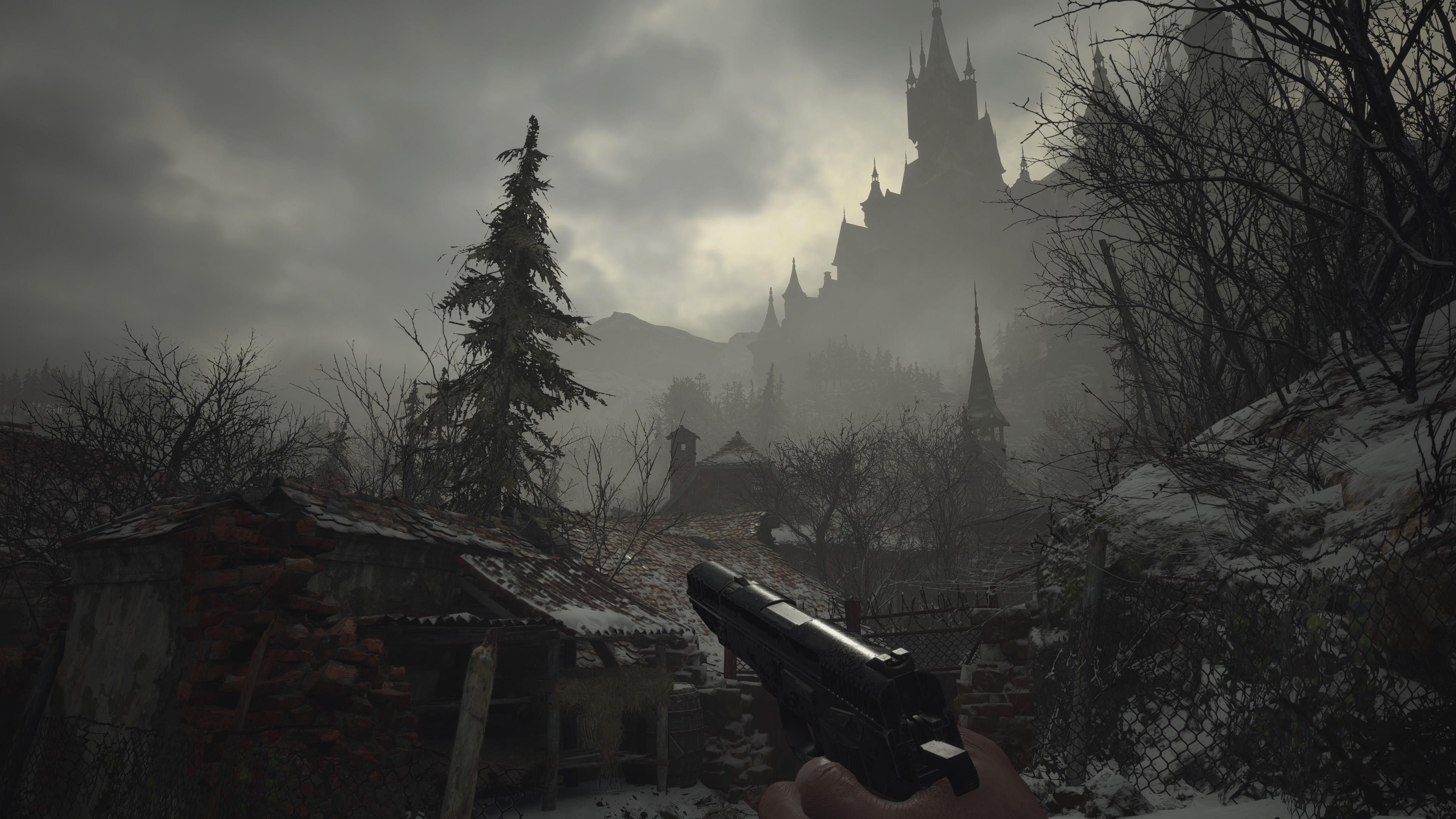 Village continues the story of Ethan Winters, now residing at an undisclosed location in Europe with his wife Mia and baby daughter Rose. After their ordeal at the Baker mansion, Ethan and Mia have built something resembling a normal life. But it isn’t long before said normality is shattered. Rose is kidnapped, while Ethan ends up stranded in a snowy wilderness. Lost and distraught, he makes his way to a nearby village in search of help. What he finds instead is a few terrified holdouts of a community decimated by a cabal of powerful monsters, all serving at the behest of the mysterious Mother Miranda.

Village’s initial hour is a clear call-back to Resident Evil 4. Its first “chapter” sees Ethan scrambling through a cluster of dilapidated shacks, all sagging roofs, splintering timber and crumbling brickwork. As Ethan clambers through this maze of rubble and rubbish and overturned carts, he’s hunted by the game’s primary new foe, snarling, aggressive werewolves known in-game as Lycans. These musclebound beasts attempt to overwhelm Ethan, recalling Resi 4’s scintillating introduction. There’s even a scene where Ethan can barricade himself in a house, shoving a bookshelf into the doorway while the Lycans try to claw their way through the windows and the roof. 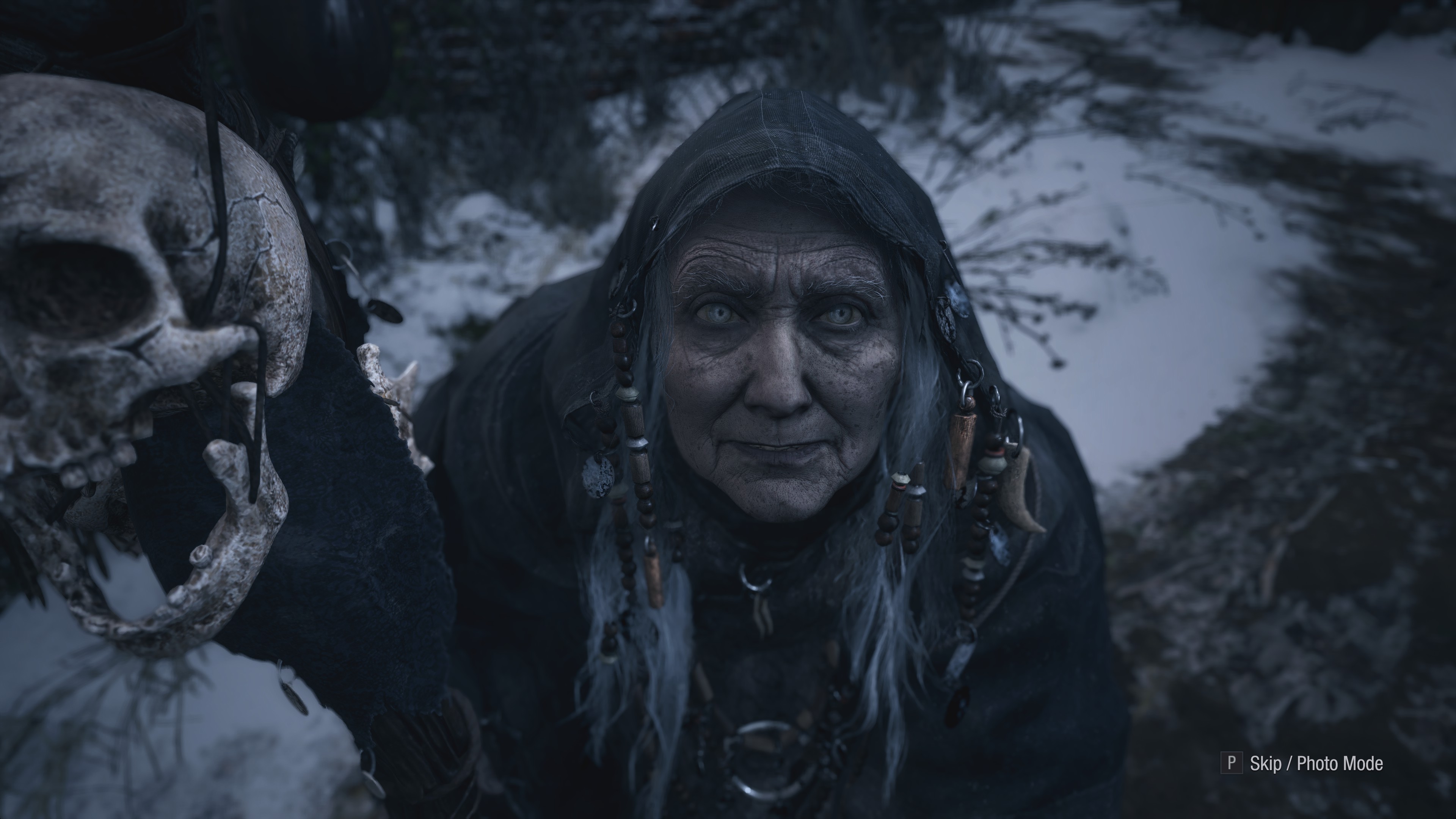 Yet the impression Village gives of being a modern Resi 4 soon proves to be illusory. While there are references to 4 throughout, instead Village is a far more varied experience that never sits on one idea for long. To rescue Rose, Ethan must track down and defeat four of Mother Miranda’s “Children”. Each of these is a powerful antagonist in their own right, lurking in a domain that has its own distinctive theme and, to a certain extent, play-style.

Village’s changeable nature becomes apparent at Castle Dimitrescu. Inside this sprawling gothic structure, Village leans much closer toward Resident Evil 7, blending environmental puzzling with the semi-dynamic prowling of the giant Lady Alcina and her three vampiric daughters. Later on, Village dips its feet into Lovecraftian and industrial horror, as you explore ramshackle windmills sinking into a lake, and a vast subterranean factory where a man known as Heisenberg is said to perform all manner of strange and terrible experiments. 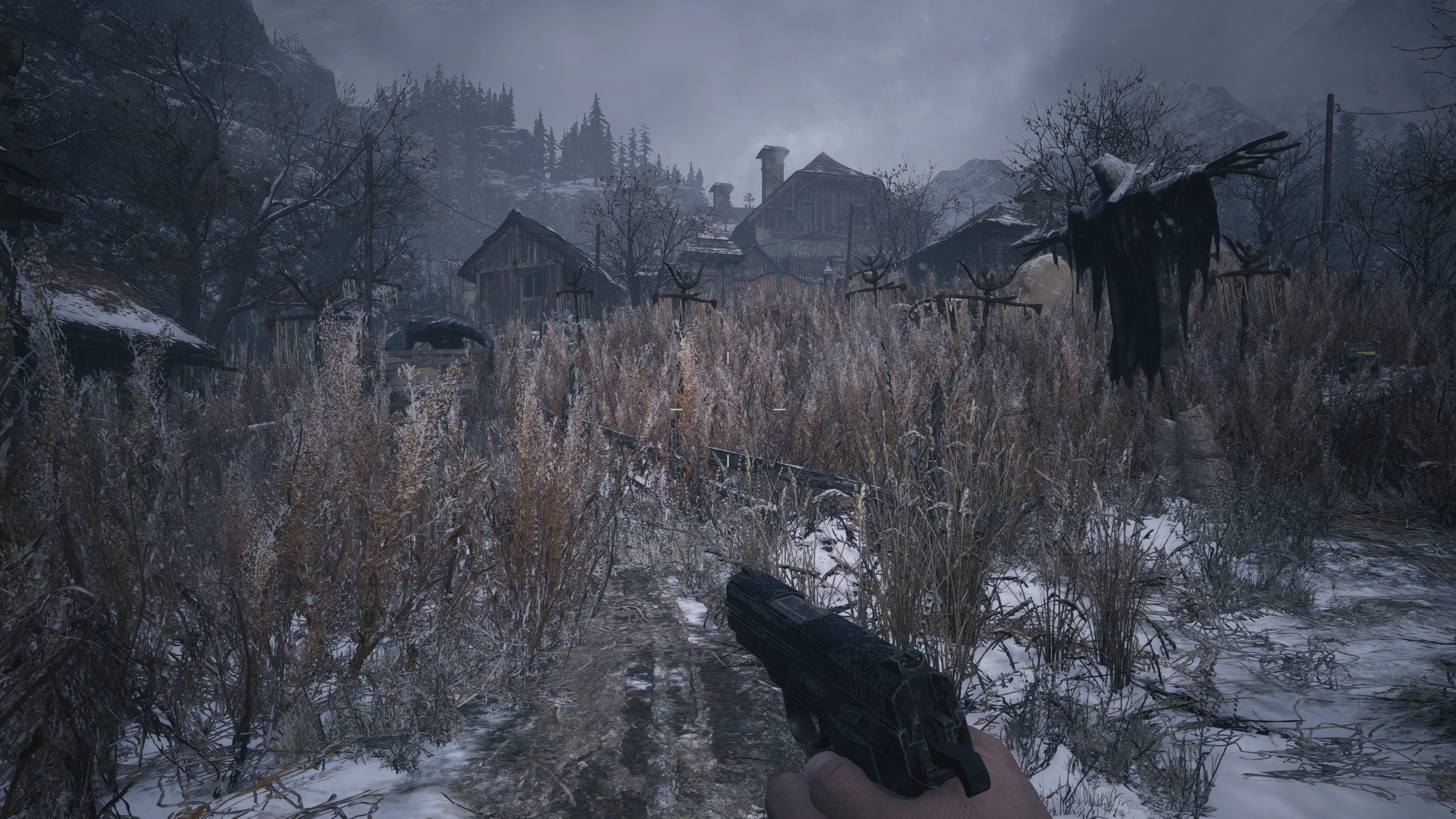 This highly changeable approach lends Village an excellent sense of pace, while also making it hard to predict what exactly you’ll be confronted with next. While I preferred the first half of the game over the second, there was no point in the proceedings where I was ever bored. Each environment is also built to an astonishing level of craft, which meant I was always keen to see what lay around the next corner.

The downside of this approach is that Village struggles to build up much mechanical steam. Given the success of VII, and the emphasis of the marketing on Lady Dimitrescu, I expected Village to build more on its concept of being dynamically hunted by the enemies you face. But this only happens in one limited part of the game (no prizes for guessing which) with the rest reliant on largely scripted sequences. 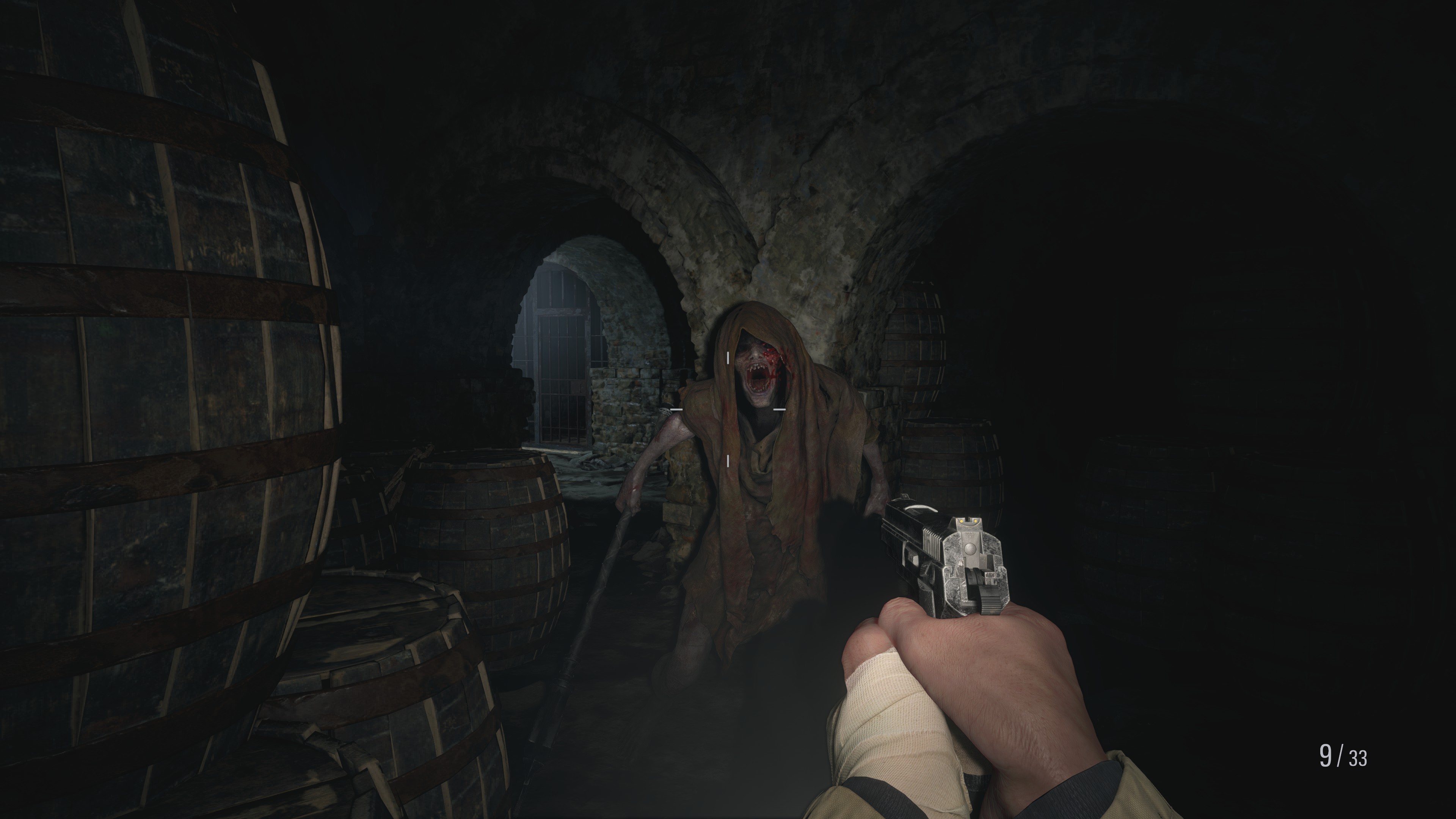 Similarly, the broader scope of Village results in less intricate puzzling. Although you’ll regularly return to the central hamlet to unlock new buildings and acquire new items, while there are optional “treasures” to retrieve that enable a little side-exploration, there’s no real puzzling involved in any of this. It’s usually obvious what key items are for, and while the game is cleverly structured to avoid feeling linear, it does in fact funnel you through its world in a very specific manner.

What’s intended to tie everything together, of course, is the combat. Yet despite a greater array of weapons and an increase in Ethan’s manoeuvrability, the combat is nothing like as good as Resi 4, and arguably less compelling than VII, too. Despite their intimidating appearance, the Lycans are fairly easy to evade, while ammo is plentiful to the point where its abundance dissipates a lot of the tension. With the exception of one combat sequence toward the end, Village never approaches the intensely tactical crowd control of Resi 4. 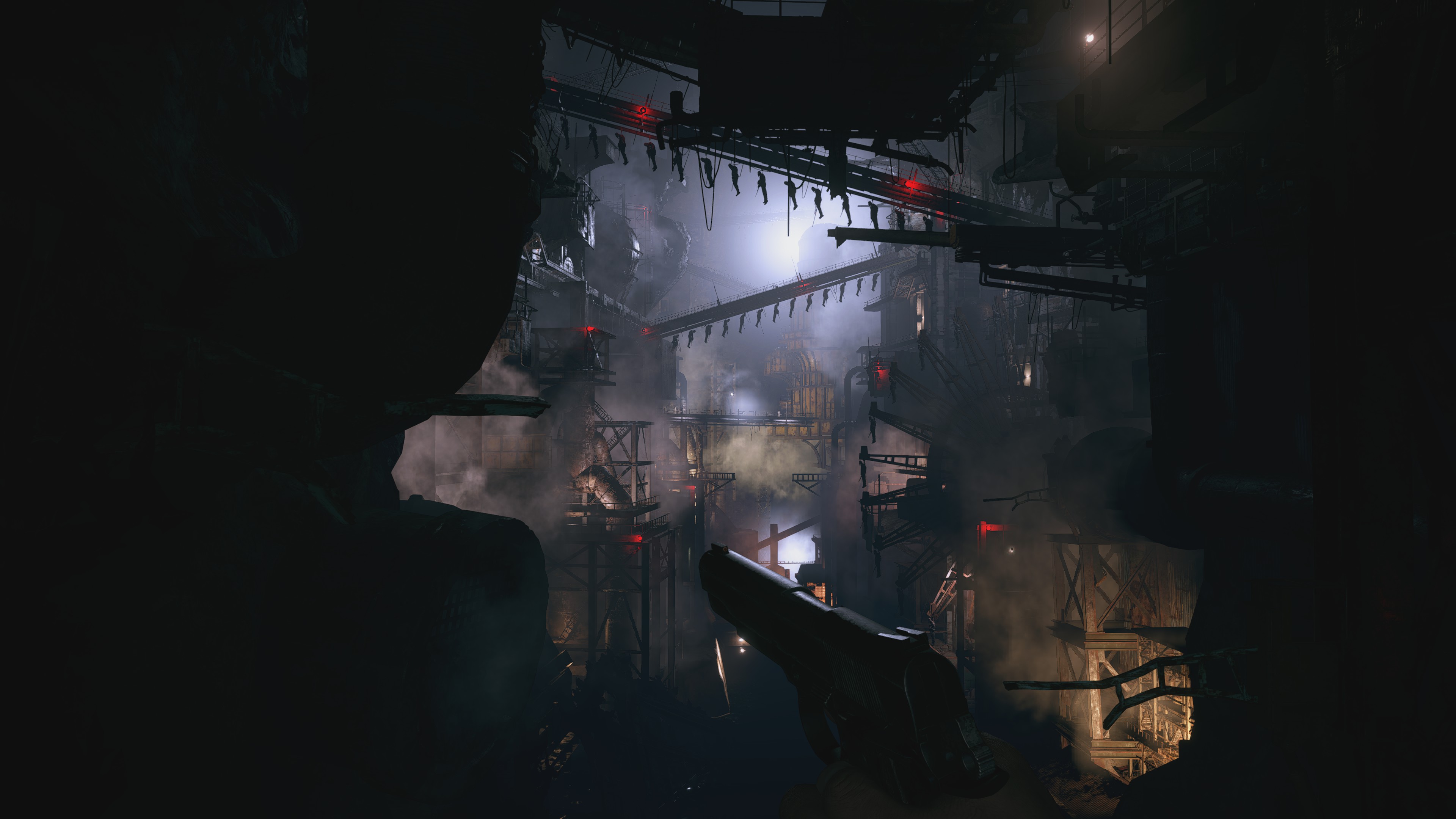 This brings me onto another point, namely that Village is markedly less scary than its predecessor. Aside from one brilliantly crafted sequence in the midgame which is genuinely terrifying, Village’s horror is fairly tame. Evading Lady Dimitrescu in the Castle is enjoyable, but its large open spaces coupled with Ethan’s slicker movement makes her easy to avoid. Meanwhile, the general enemies have nothing on VII’s disgustingly creepy Molded. VII excelled at preying on instinctual fears, like darkness, claustrophobia, and having your head chopped off by an axe-wielding maniac. By comparison, VIII’s parade of vampires and werewolves is too familiar to be truly intimidating, and as such the horror is less effective.

All considered, Village is a weaker horror game than VII, and a weaker action game than 4. That said, it still offers a good time. The production values are off the scale, not simply in the game’s impressive visuals, but in the quality of the acting and characterisation. Village’s motley crew of monsters may not be as frightening as the Bakers, but they’re wonderful adversaries nonetheless. Lady Dimitrescu has understandably garnered most of the attention, but other opponents like the calculating factory owner Heisenberg, or the cackling animated doll known as Angie, are all superbly conceived and incredibly acted. Even Ethan, whose personality seems to comprise of worrying about his family and getting the shit kicked out of him, is enjoyably incredulous at the increasingly absurd situation he finds himself in. 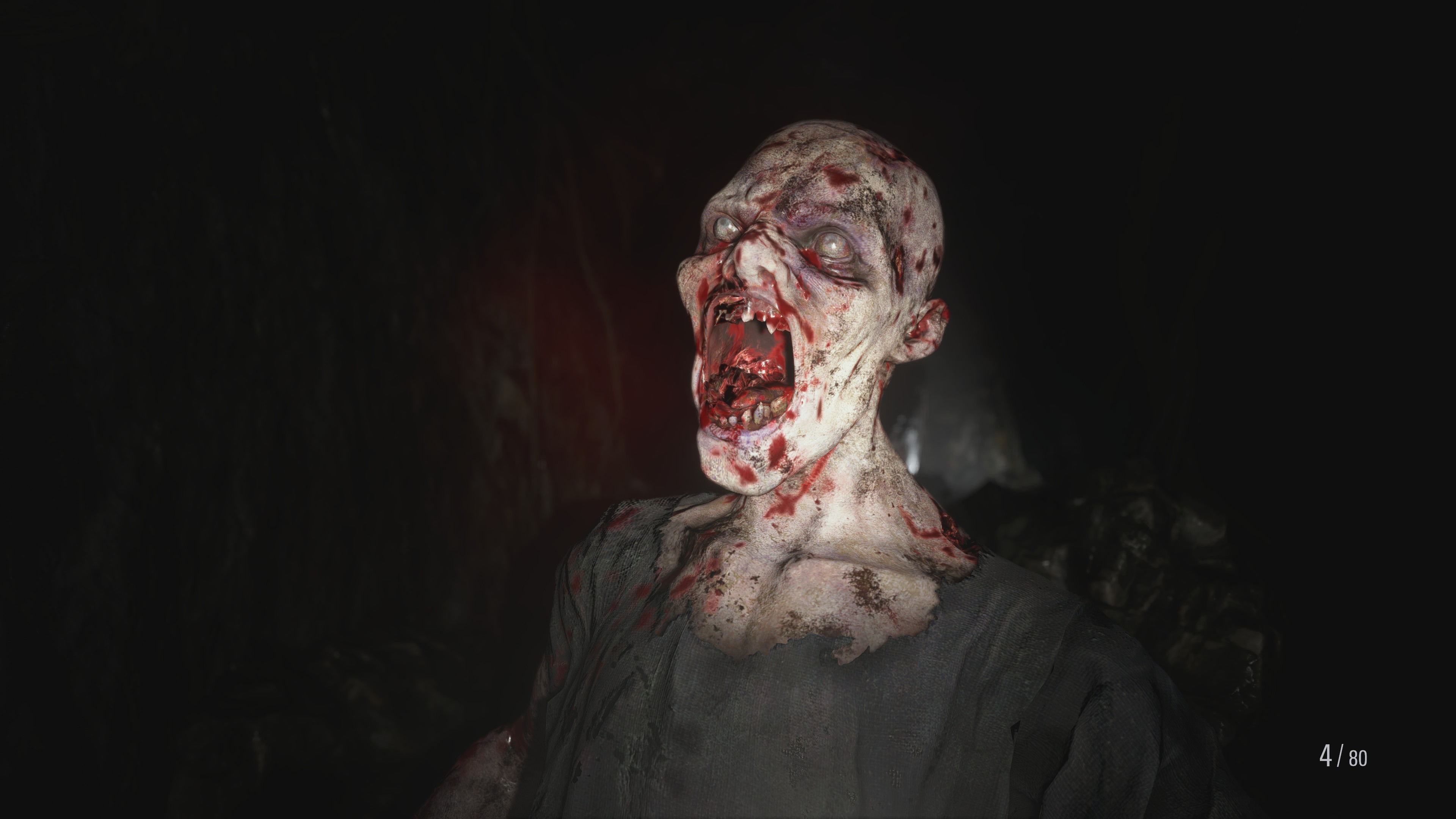 Village is ultimately a much safer game than I anticipated, one that casts its horror spores wide in the hope of pleasing as many people as possible. The end result is not bad by any means – the craft with which it approaches all these ideas is admirable. But I can’t help but feel that, had it focussed more intensely on one or two of these ideas, rather than trying to do all of them, the result would be a brilliant game, rather than merely a good one.