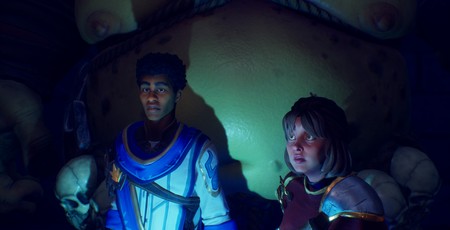 Orcs Must Die 3 is about as straightforward as sequels get. It’s fundamentally the same game as OMD 1 + 2, but it adds a couple of new campaigns, a new game mode, a bunch of new traps, a brace of new enemies. Mix it all together in a bowl, pour into a baking tray and bake for several years, and you’ve got Orcs Must Die 3. 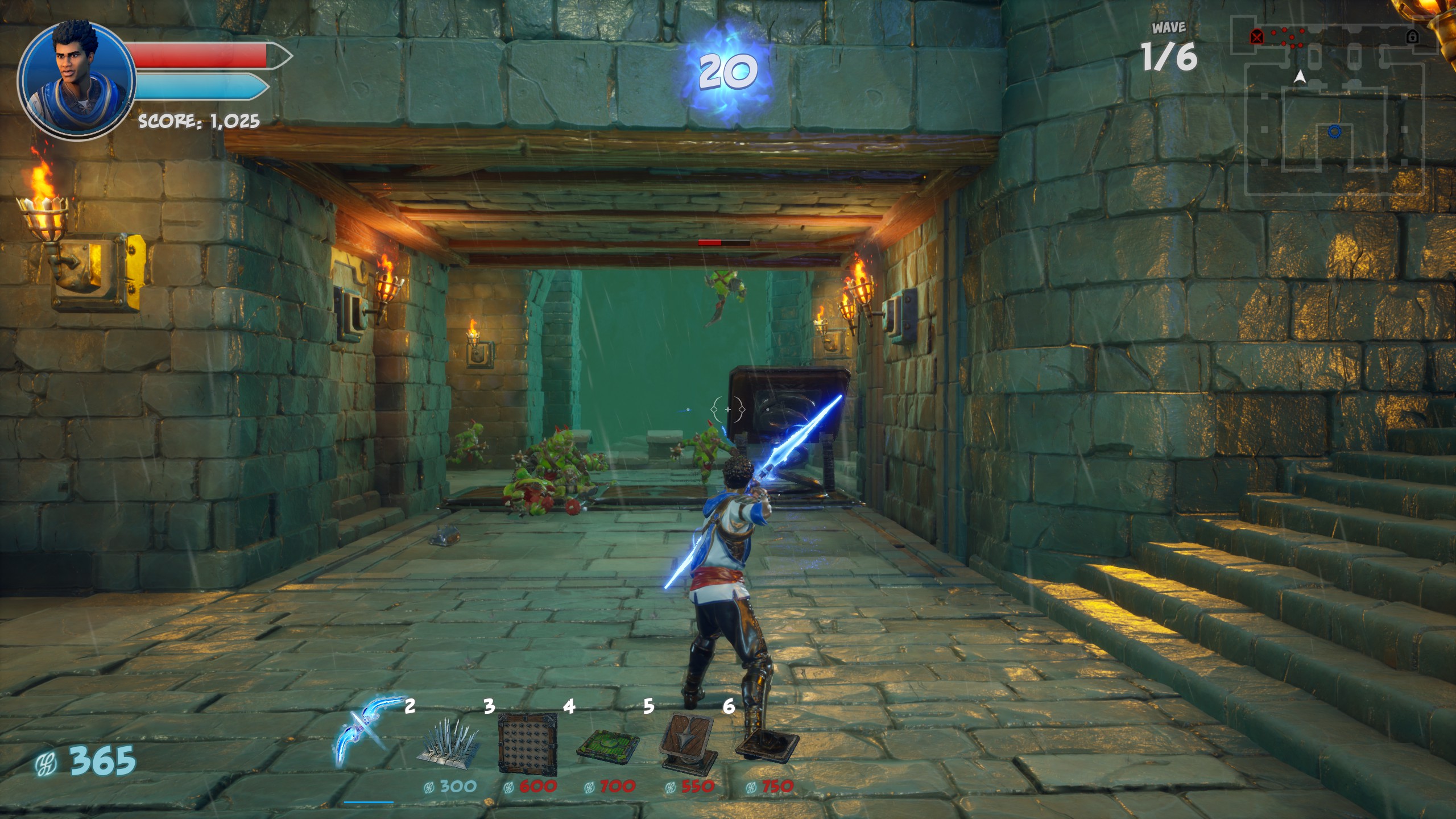 F0or the most part, this is absolutely fine. Robot Entertainment has proved the Orcs Must Die formula works twice over (with a slightly muddled detour in Orcs Must Die: Unchained). As the old adage goes, if it ain’t broke, don’t stop it from flinging a group of orcs into a pit of bubbling lava. That said, while Orcs Must Die 3 is every bit as fun as the first two games, I do think there are areas where it could be better.

The story of Orcs Must Die 3 is this. There are orcs. They must die. Sure, there’s some broader plot about searching for the hero of the first two games, and how this relates to his relationship with some elf dude. But this is told through fleeting cutscenes and snippets of in-game dialogue, sprinkled across the main event of being the architect of mass orc death. 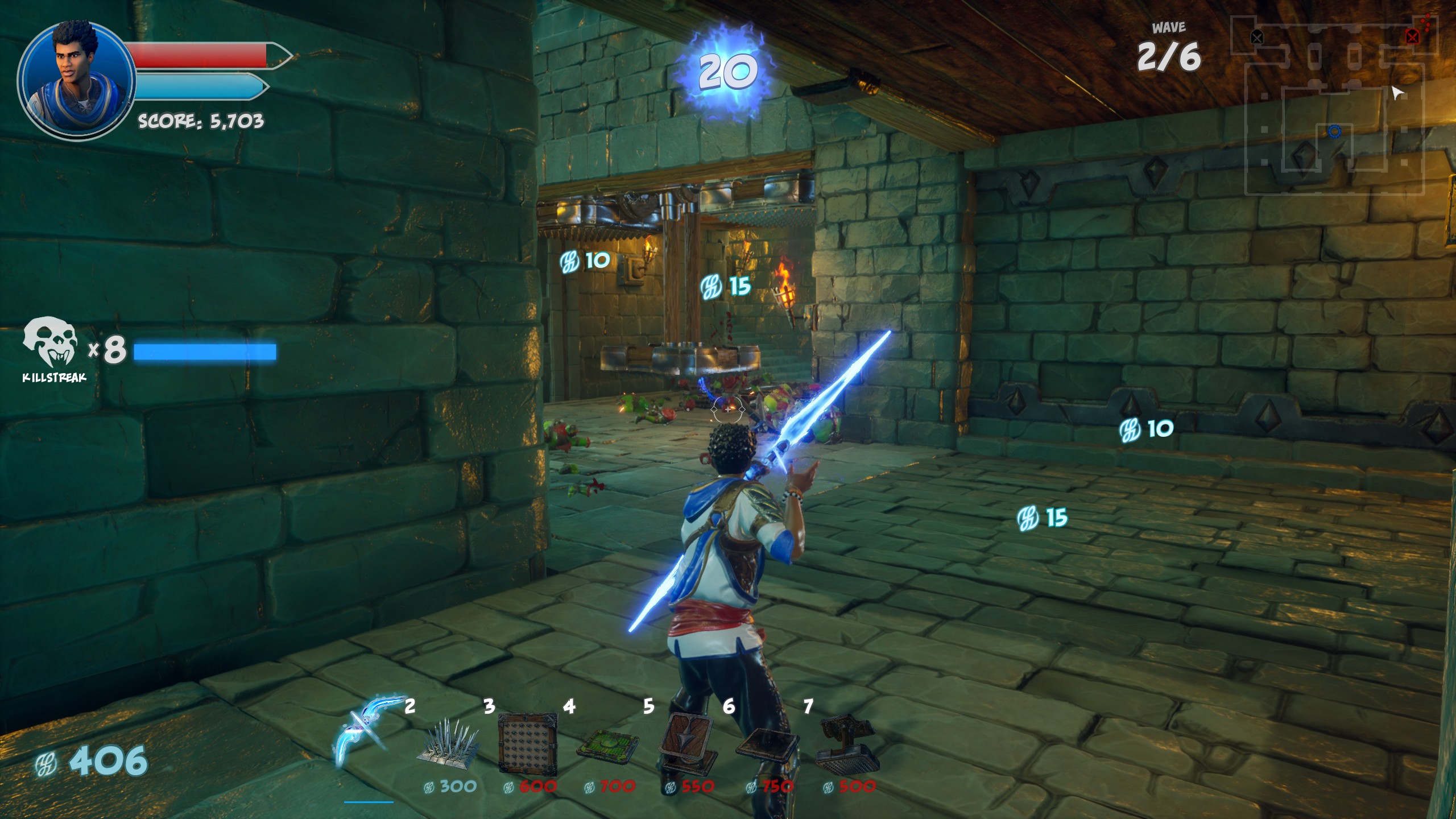 To that end, Orcs Must Thrice functions much the same way as the previous two games. Each level sees you plonked into a suitably fantasy-themed arena, tasked with defending a magical “Rift” from being overwhelmed by orc warriors. To do this, you place an array of colourful, ACME-style traps ranging from beds of spikes to exploding barrel dispensers.

When your traps are prepared, you press a button to unleash the green meat tsunami. At this point, Orcs Must Die separates itself from most other tower defence games, letting you participate directly in combat rather than sitting on the side-lines yelling at your traps like a rogue football manager. Using an array of magical weapons and abilities, you can assist in thinning down the horde, picking off stragglers or stopping the few orcs that survive your traps from making it to the rift. 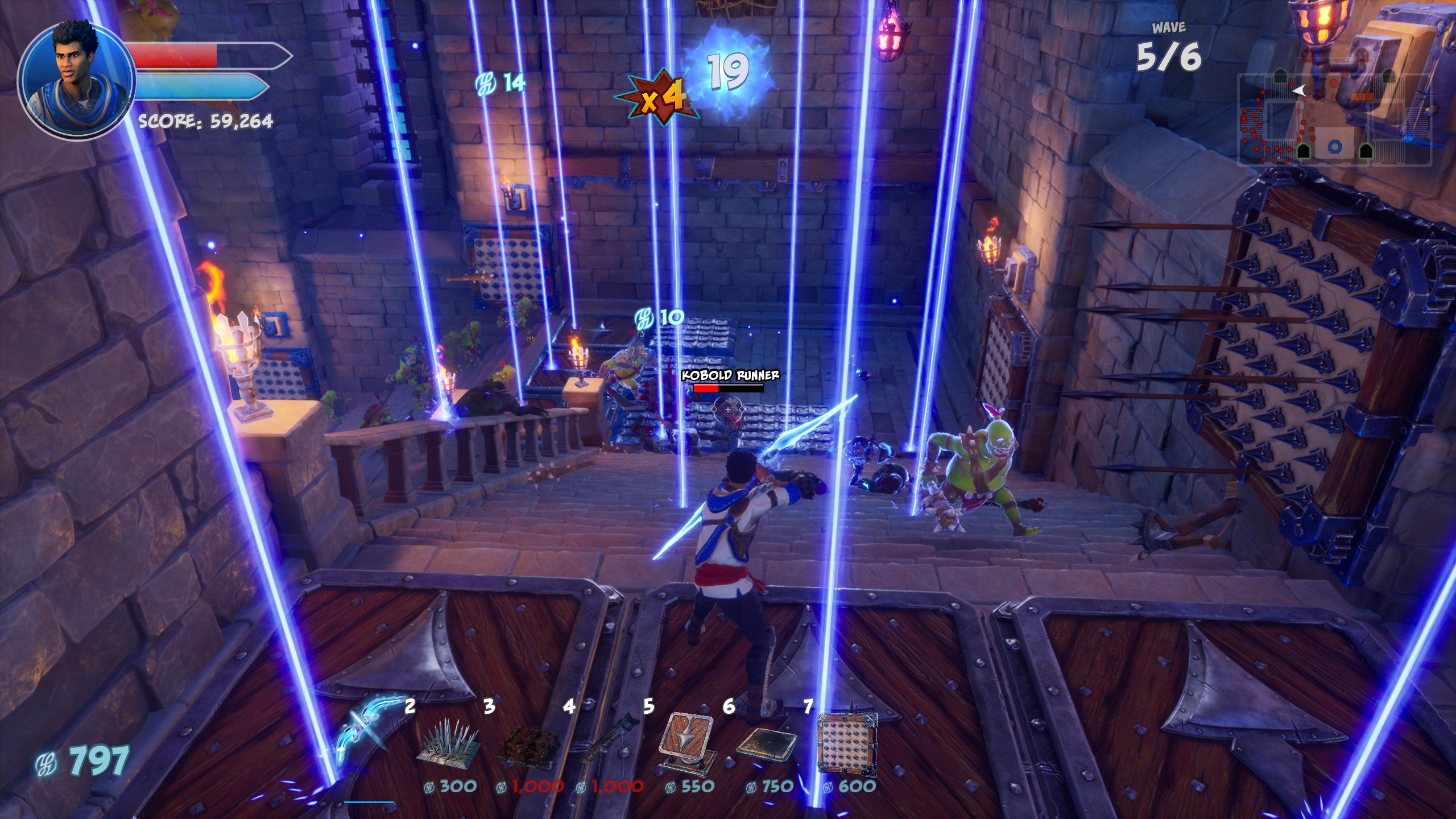 OMD 3 doesn’t alter the function of this core loop one iota. Instead, it gradually filters in new features across the course of the campaign. New traps include the acid Geyser, which burns away the armour (and flesh) of your foe, making them more vulnerable to traps that deal physical damage, and the ceiling laser, a Mission Impossible-style grid of light that shocks any orc that interrupts the beam. Meanwhile, the orc hordes are reinforced by new enemy types, such as the health-regenerating troll, or the Earth Lord elemental that splits into smaller enemies when killed.

There are two more notable departures from the norm in Orcs Must Die 3. The first is “War Scenarios”. These are larger-scale fights that see you squared off against twice the usual number of orcs, but with much larger traps to play with. These include a catapult that can kill dozens of orcs in a single shot, and a flip trap that can fling ogres and other large enemies with ease. It’s still functionally the same experience, but it’s different enough to catch your attention. The second is “Scramble” a new mode which tasks you with overcoming five increasingly challenging levels, where each level gives you both a random active penalty, and a random active bonus. It’s designed specifically to shake you out of your comfort zone, and it’s a nice little addition to OMD’s roster. 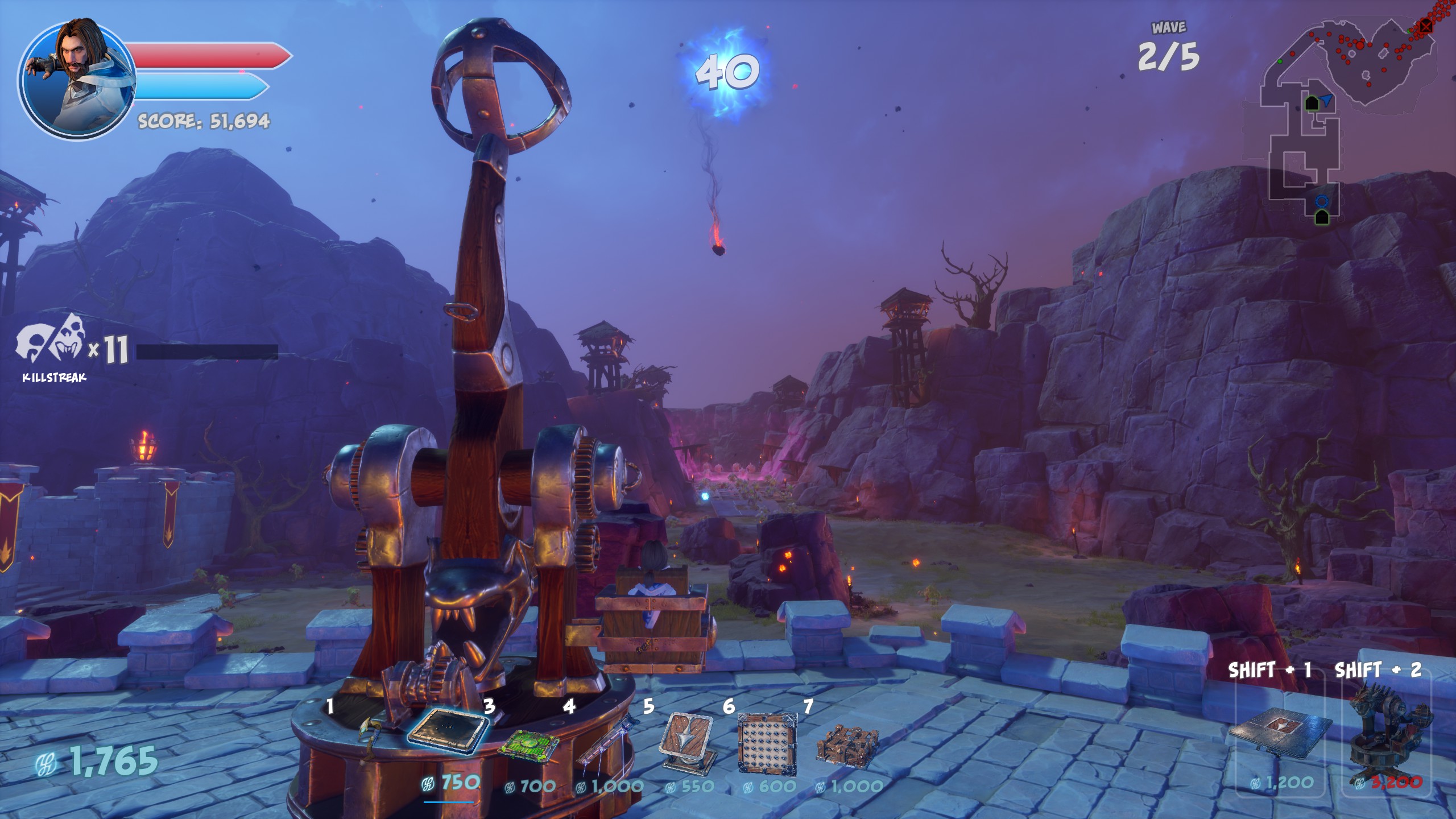 Neither War Scenarios nor Scramble may be particularly radical additions, but it's understandable why Robot Entertainment wouldn’t want to tinker too much. The joy of putting together devious trap combinations remains unparalleled. Putting a push trap opposite a wall grinder and watching as orcs get shoved and then mulched. Combining a barrel-launcher with a spike trap so that the spikes set off the exploding barrels. My favourite trick is to place `spring traps at the end of a long run of other traps, catapulting surviving orcs back to where they started so they have to run the whole gauntlet again.

That said, there are areas where Orcs Must Die 3 could improve. For example, Orc reactions to traps could be more dramatic. Most either apply an environmental effect to orcs, or trigger their ragdoll. Either the traps need to have more violent effects, (spike traps actually impaling orcs, arrows sticking into orc bodies) or the traps should have more bespoke slapstick effects, such as crushing traps turning orc bodies into giant green concertinas. There are a couple of touches like this, such as electric traps visibly shocking orcs, briefly revealing their skeletons. But three games in, I think Robot could go further and really push the slapstick element of OMD. 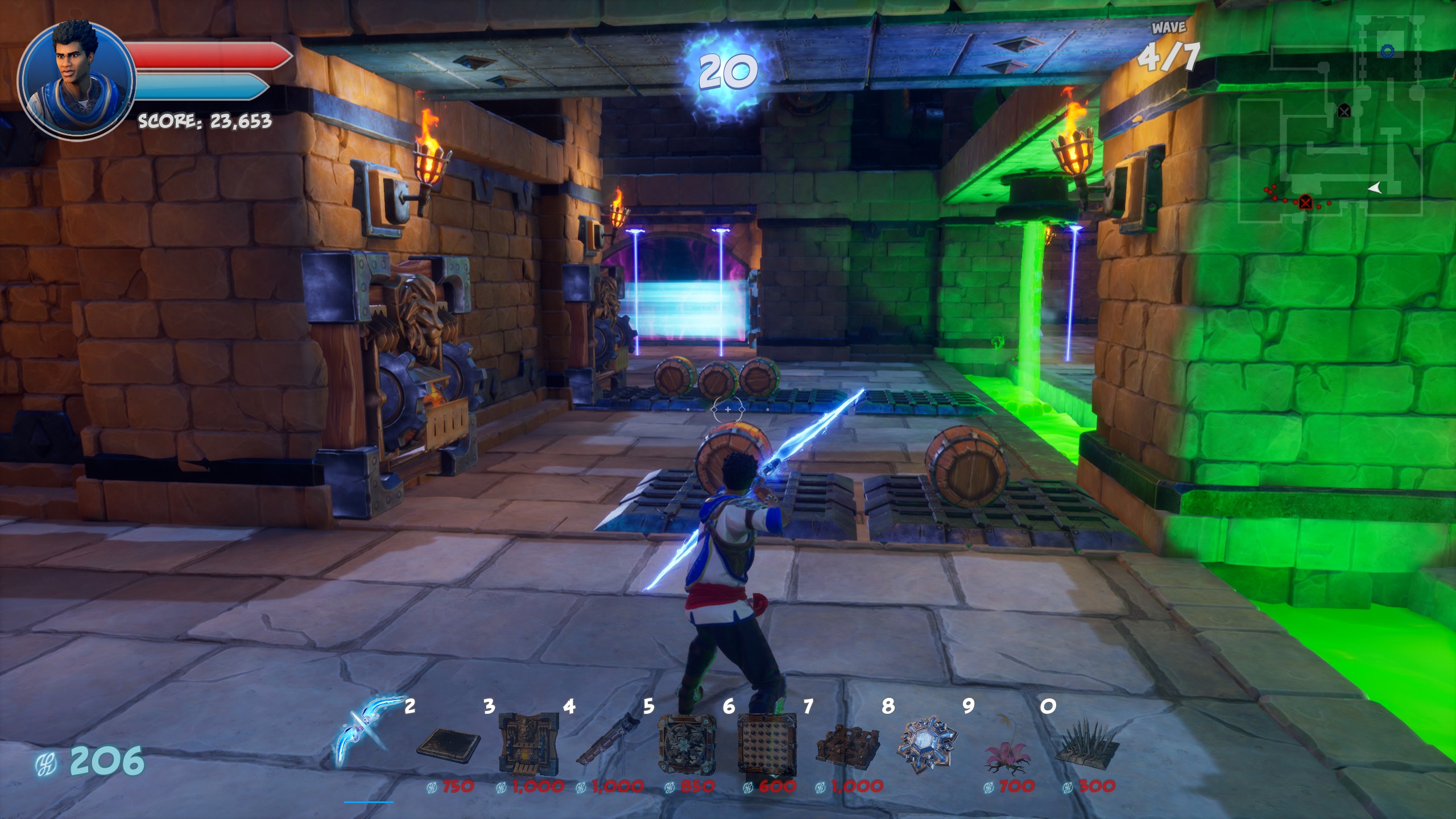 On a slightly different topic, I don’t think the player’s combat abilities feel weighty enough. Melee combat is a little too airy, while the arrows from your spectral bow don’t thwack into enemies as satisfyingly as I would like. This issue is compounded by the increased number of damage-resistant enemies. I spent too much time whittling down ogre health bars in OMD 3, and not enough watching my traps and thinking about where to put new ones.

Finally, and this isn’t a complaint as such, but OMD 3 feels geared more heavily toward cooperative play than either 1 or 2. It is possible to play it singleplayer, but I found myself a lot more stretched while playing solo. It never feels like you have enough resources at your disposal, and this limits your ability to experiment with trap combinations, focussing instead on what you know works. It would be nice if the campaign intermixed a few levels that gave you more breathing room, letting you actually watch your traps rather than frantically plugging holes in your defence. 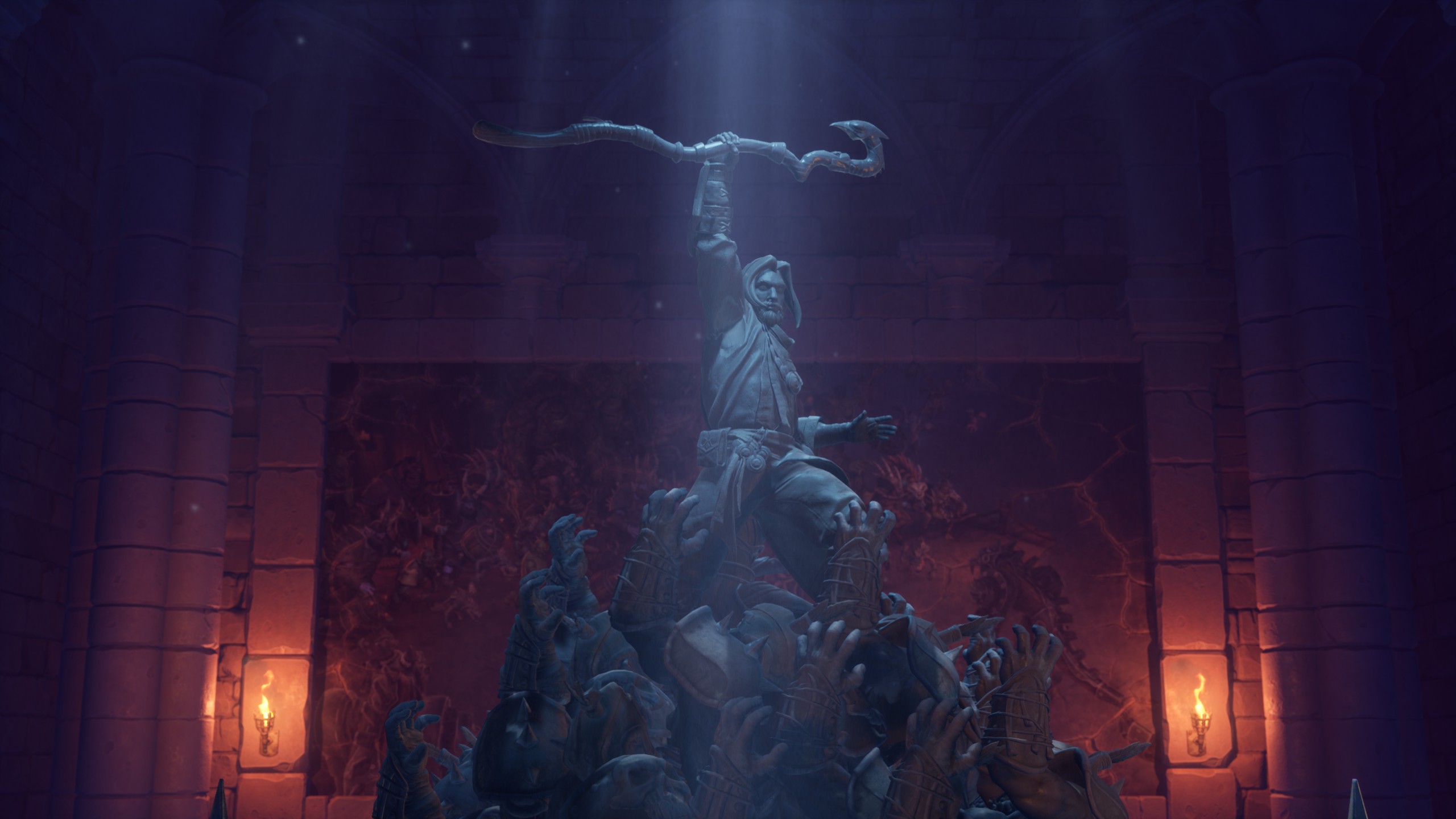 Yet while Orcs Must Die 3 could have sharpened the spikes on its traps a little more, it’s still a perfectly acceptable sequel to a game that pretty much nailed it the first time around. Tinkering with traps is as fun as it ever was, while the new campaigns do a decent job of refreshing the challenge without breaking anything. Except for large numbers of orcs bones, naturally.