Medal of Honor: Above and Beyond Review 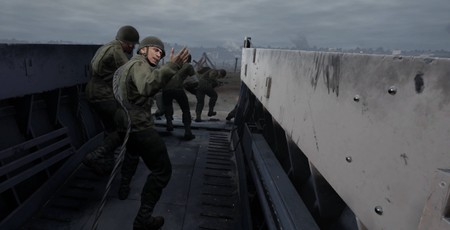 Platform: PC (Oculus Rift, HTC Vive, Valve Index)
Medal of Honor: Above and Beyond certainly isn’t short of ambition. A cinematic, 12-hour long WWII shooter designed specifically to be played in Virtual Reality, it is easily the most exciting VR project since Half-Life: Alyx. It’s also the most significant Medal of Honor entry since 2002’s Medal of Honor: Allied Assault. Respawn Entertainment, the creators of Above and Beyond, is directed by the same pairing that led the team behind Allied Assault. In other words, it’s the perfect opportunity for Medal of Honor to spring out of its foxhole and charge Call of Duty’s line, retaking its rightful place as grandfather of the modern FPS. 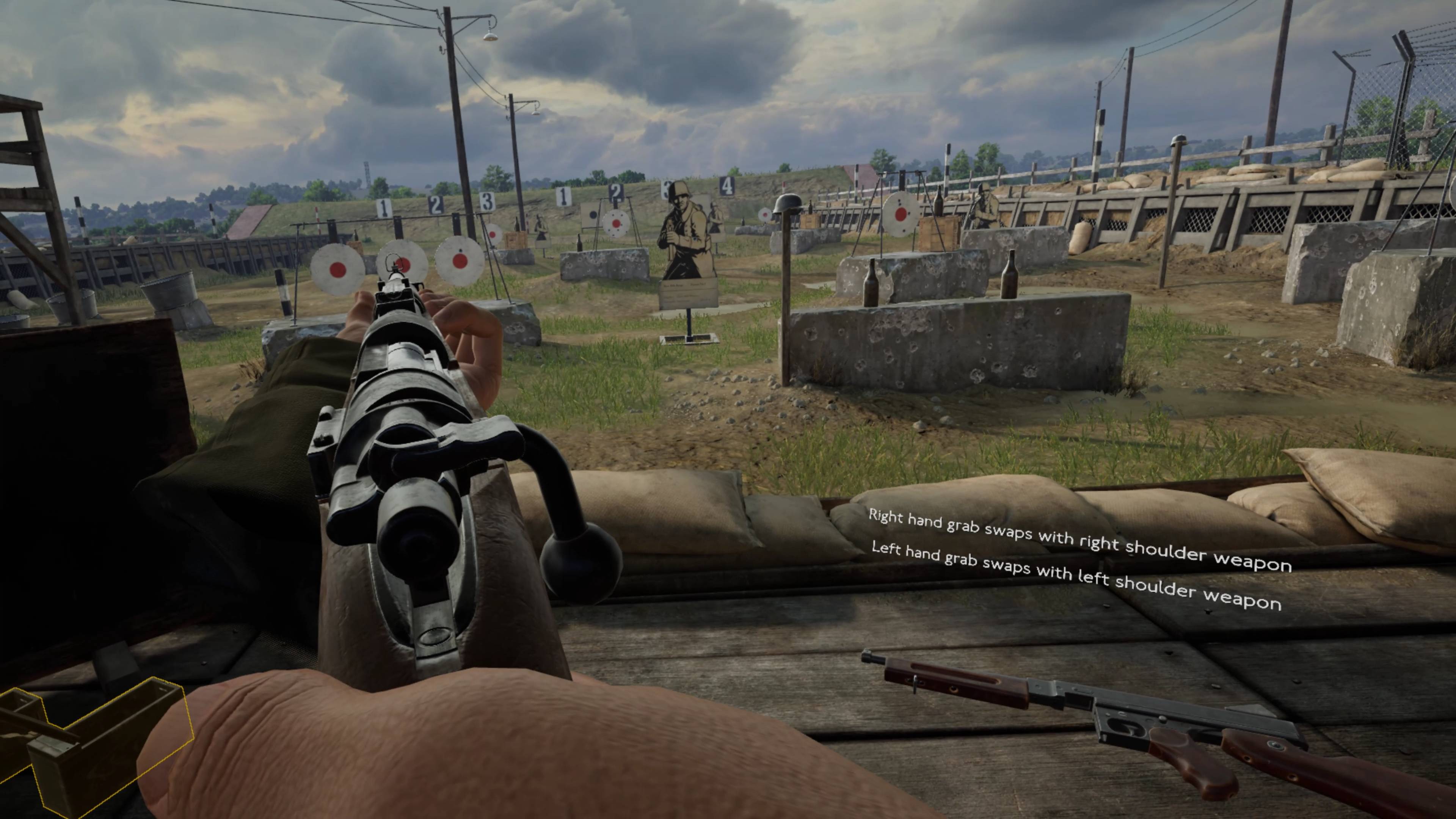 Such a shame it gets its feet blown off halfway across the field.
There are some great moments within Above and Beyond, but for every thrilling shootout, there are three irritating problems. From pacing issues through a stumbling script, to gunplay that’s inconsistent at best, Above and Beyond is not the great American intervention we might have hoped. 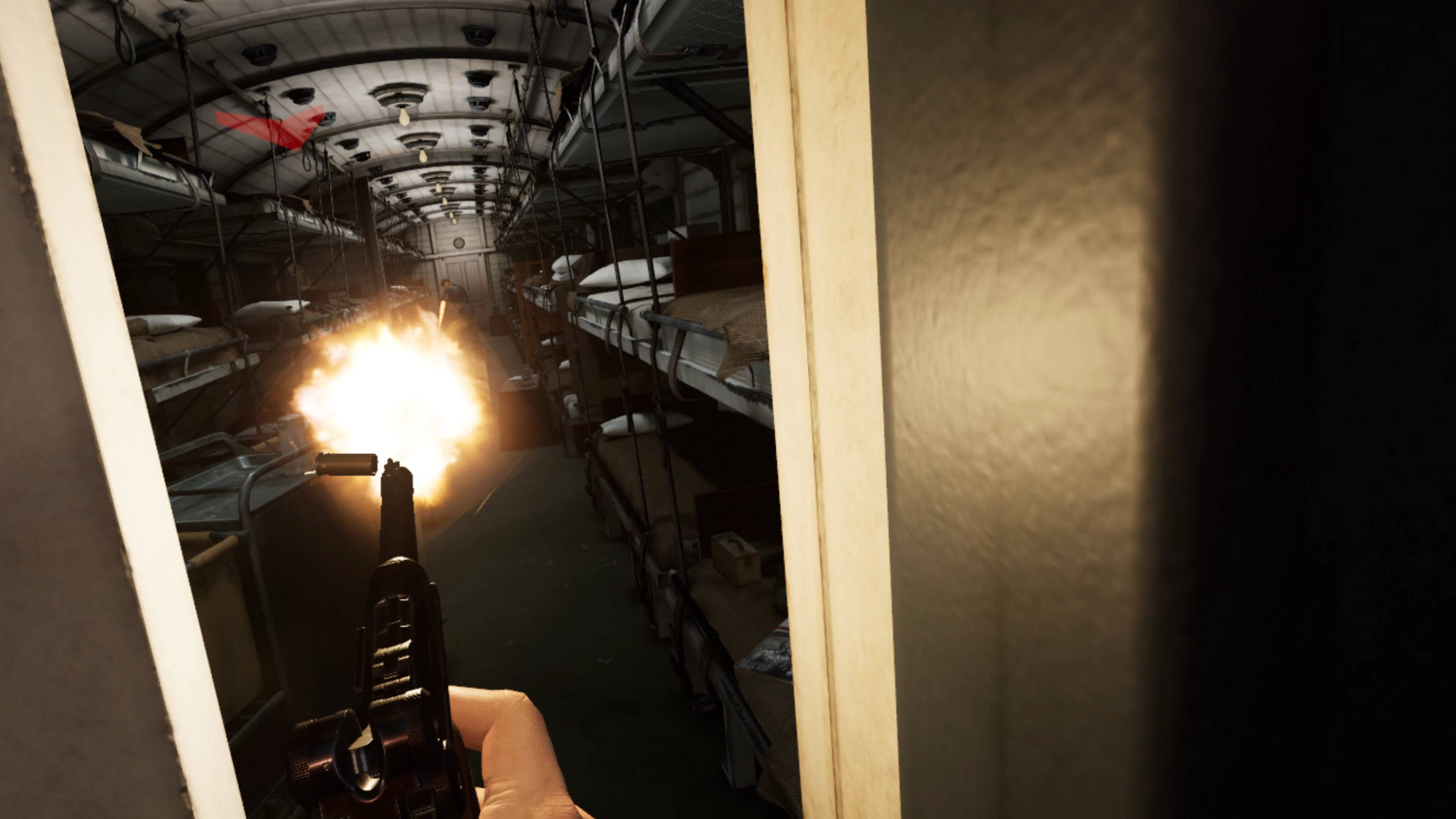 I’d like to say that it at least starts well, but the opening is one of the worst parts of the game. In fact, the problems begin before the game has kicked into gear, with a tedious and overlong tutorial. You play a Lieutenant in the US Army, who after being wounded fighting in Africa, is recruited to the OSS for a series of dangerous missions throughout occupied Europe. Before all that, however, first you must sit through a lengthy medical appraisal by a doctor who casually amputates the fourth wall, directly instructing the player on how to calibrate their headset.
After that, there’s a standard WWII FPS tutorial that goes through aiming, shooting, reloading and throwing grenades, followed by a briefing for your first mission. Finally, you’re taken to the “Quartermaster”, which is another, more open tutorial that lets you experiment with the game’s weapons. All of this might be useful if you’ve never played a VR shooter before. But the whole preamble takes far too long, with the result that you’re bored before you’ve started. 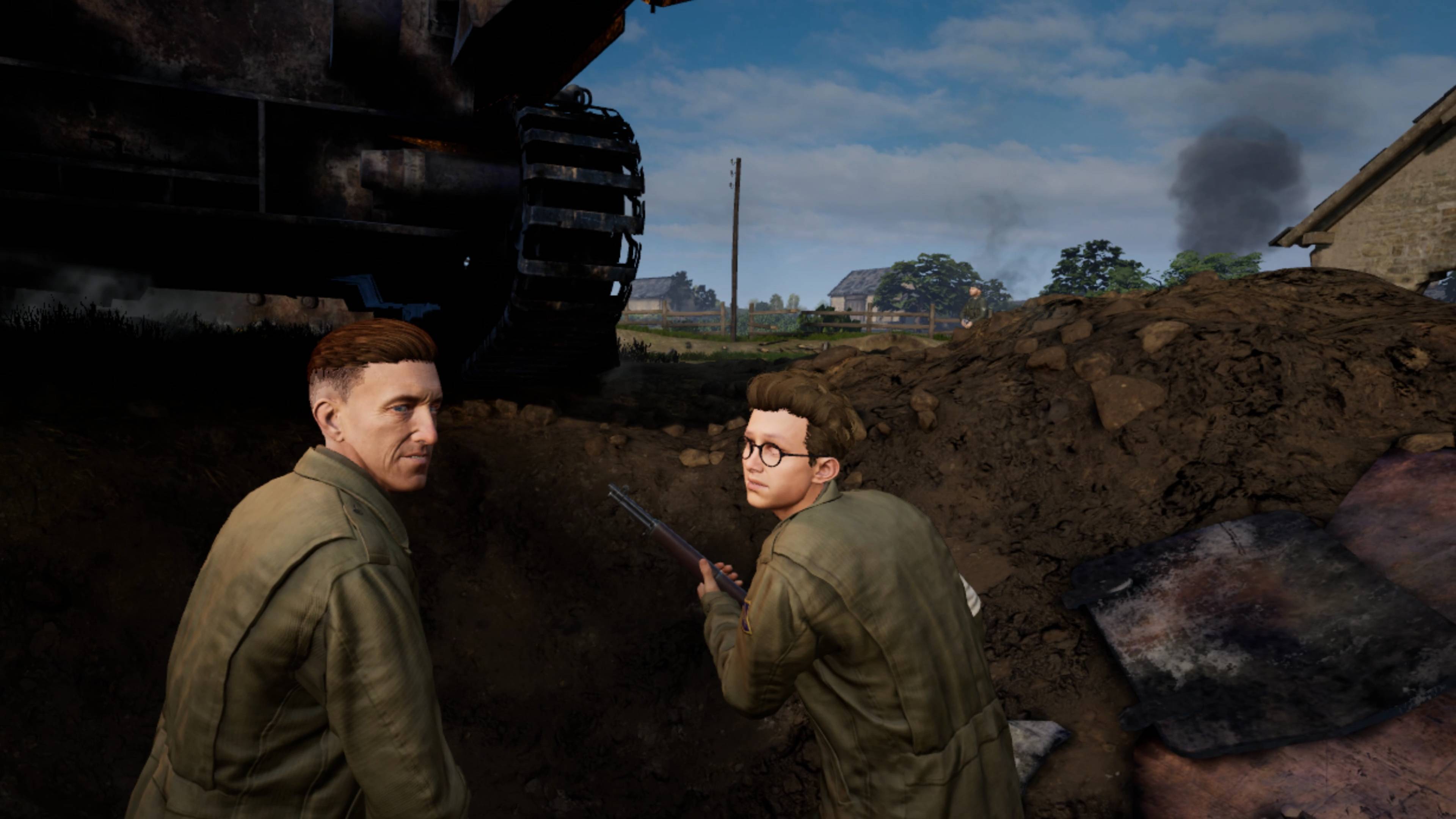 Eventually, you arrive at the first mission, joining forces with the French Resistance (led by Medal of Honor II’s protagonist Manon) to locate and recover a list of their agents being held by the Gestapo.
As you approach the French coastline, a lighthouse crumbling into the ocean as the French Resistance destroy it, you’d be forgiven for thinking it might be time for some action. And there is a little bit. But what the first mission primarily brings is yet more briefings. Every time a character needs to talk, the whole game basically stops, shifting to a separate scene so the game can explain in agonising detail exactly what you’re going to be doing. This first mission is by far the most egregious in this, not allowing to fight for more than a few minutes before the game interrupts the action. But Above and Beyond never seems comfortable letting go of the reins, halting your adventure on a semi-regular basis to make absolutely sure you know what’s going on.
Another reason for this is Above and Beyond’s evident desire to be a more character-focussed experience. While admirable, there are two problems with this. First, the constant forced stops murder the game’s pacing. Second, the writing is mediocre at best. Where Allied Assault took its cues primarily from Saving Private Ryan, Above and Beyond appears more inspired by Kelly’s Heroes. Characters are always ready with a quip, and the whole tone of the game is weirdly casual and upbeat. Indeed, whenever the game adopts a more serious attitude, it comes off as uncomfortable and forced. During the aftermath of the D-Day landings, your companions’ discussion of how traumatic the experiences is about as convincingly delivered as a school nativity. 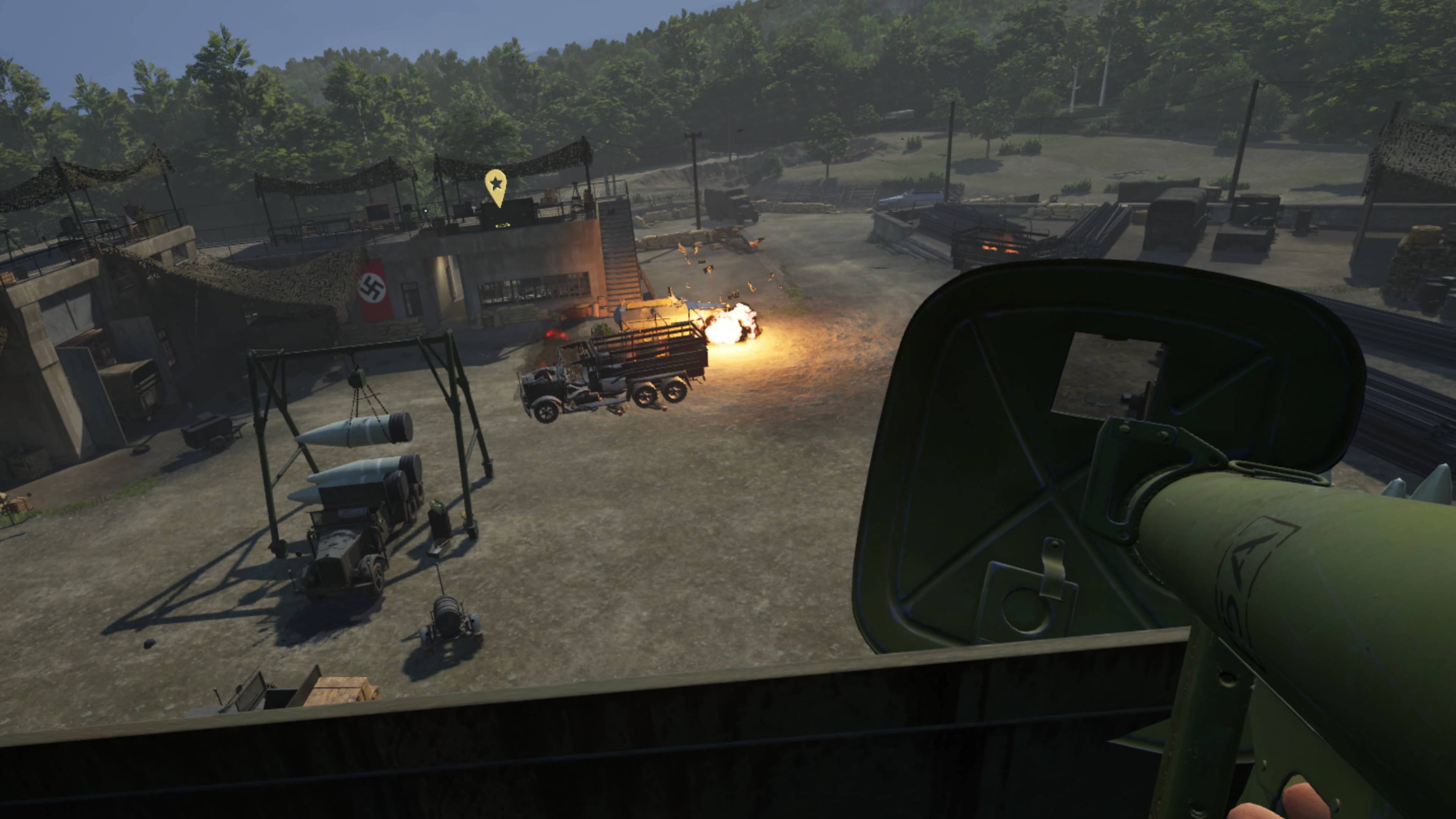 More on that missions later. About three-quarters of the way through that first mission, Above and Beyond starts to improves. Individual levels become longer, with greater focus placed on combat. Indeed, it’s generally at its best as a corridor shooter. Sneaking through bunkers with shotguns and SMGs suits the slower pace of VR shooting, and lets you get close and personal with enemies. Shooting around corners and through tiny cracks in doors is also a fun- VR-specific interaction. Above and Beyond has plenty such missions, including a thrilling assault on a moving train at the end of Act 2. Fighting at longer range is more difficult, as it can be hard to identify distant targets in VR, and the Germans tend to be lethally accurate with their rifles, resulting in frequent and abrupt death.
Perhaps the game’s best feature is its weapons, which all feel fantastic to wield. Submachineguns like the Thompson and the MP40 tend to dominate combat, as they’re easy to reload and can be fired from the hip (a rare treat in a VR game). But despite being more difficult to use, I got the most enjoyment out of the bolt action rifles, like the Kar-98k and the Springfield Sniper Rifle. The latter is particularly fun once you switch the scope setting to “realistic”, although for some reason it can cause significant framerate hitches when the scope is “switched on”. 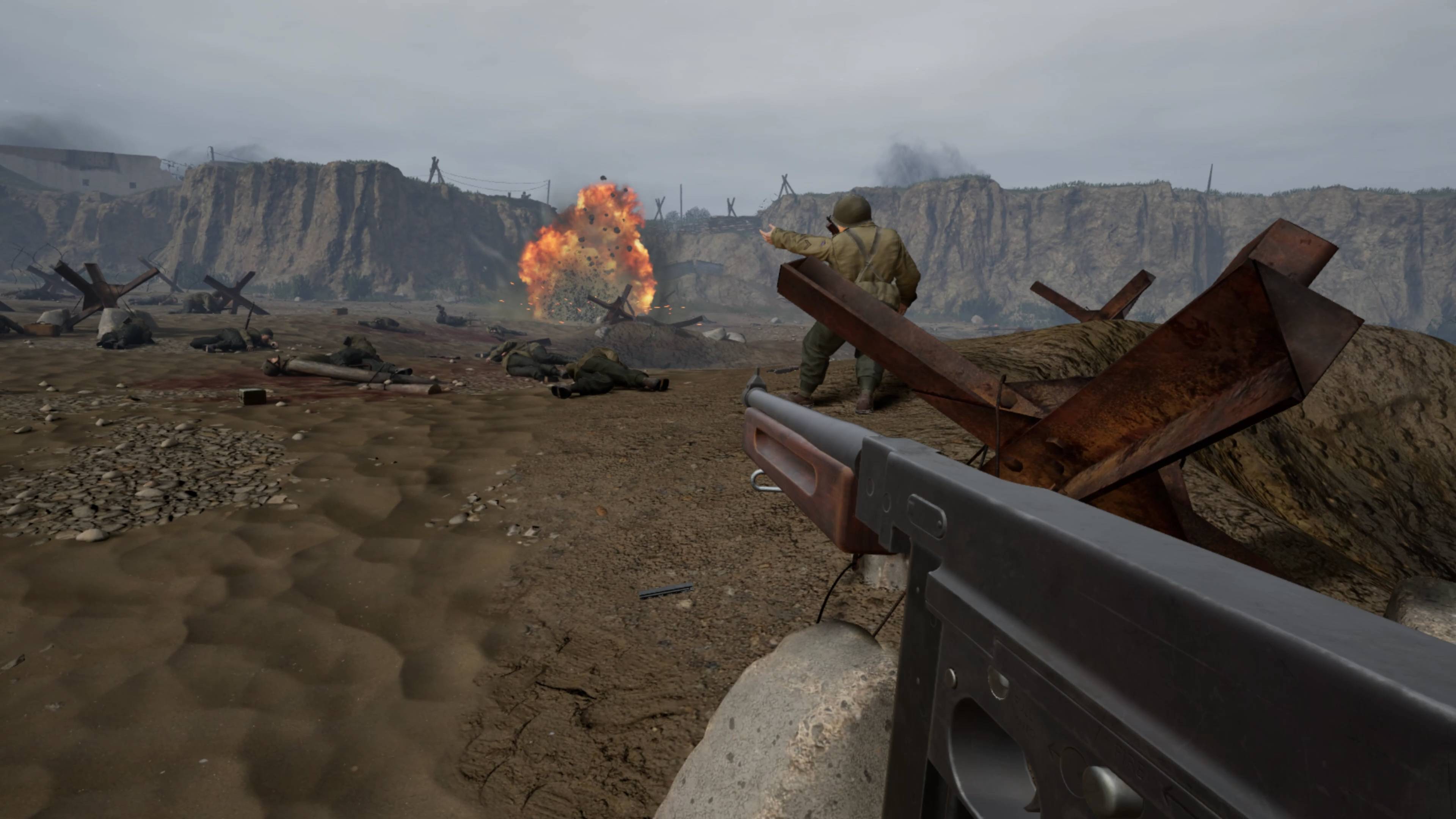 Above and Beyond is also probably the most spectacular VR game I’ve yet played. From planes flying overhead to assaulting enormous railway cannons, Above and Beyond succeeds in giving you a sense of the scale of the war. One of the most impressive moments involves hiding in a roadside ditch while a hulking Tiger Tank drives right overhead. The sheer size and noise of the thing simply overwhelms your sense of disbelief, and you can’t help but huddle together with your squadmates as it roars past.
Sadly, for every moment like this is an equal yet opposite moment of frustration and disappointment. Any mission that steps away from traditional shooting tends to struggle, whether it’s manning the unwieldy turrets of a bomber as it heads to destroy a German military compound, or controlling the turret of a Sherman tank with your head (which feels bizarre and wrong). Perhaps the biggest disappointment of all is the game’s VR version of the Omaha beach landing, which has none of the atmosphere or tension of Allied Assault’s take on the same moment.
I think this gets to the core issue with Above and Beyond. It’s trying to cram a whole Medal of Honor game into a VR experience, rather than specifically making a Medal of Honor game that suits VR, as Valve did with Half-Life: Alyx. While frequently admirable, Above and Beyond constantly feels like it’s struggling against the limits of the platform, whether that’s technical, such as the framerate crashing when you use a sniper scope, or design-based, such as gating off every dialogue section in the game. There’s even a whole multiplayer component that nobody’s playing, because of course they aren’t! It’s VR! 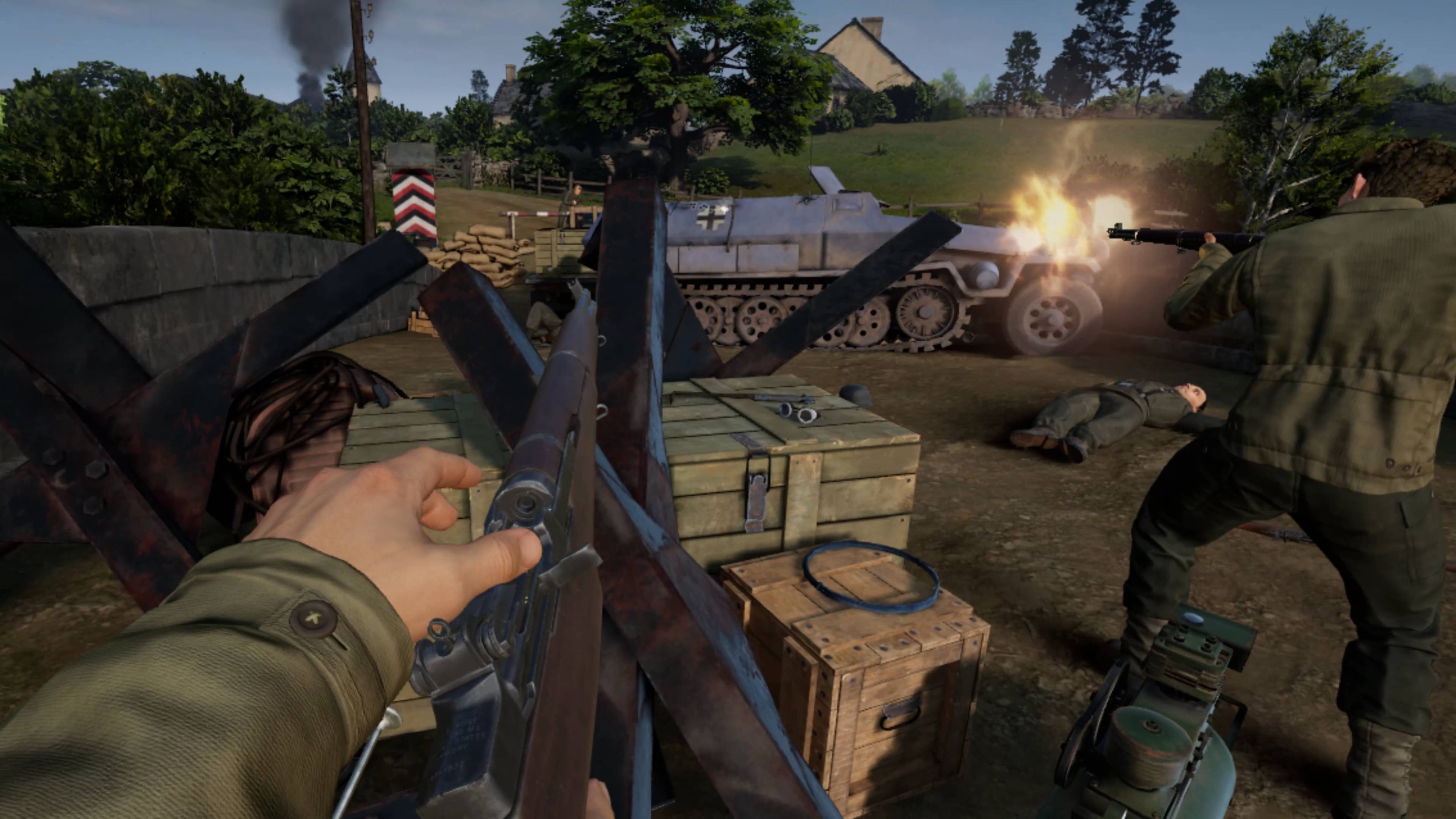 It’s unfortunate, because Above and Beyond is ridiculously ambitious, with six missions each split into nine individual chapters, and running the gamut from sneaking through the hedgerows of Normandy to skiing down the mountains of Norway. It has huge variety, and is (sometimes) one of the best-looking VR games I’ve seen. Respawn has clearly still got it where it counts, they just evidently weren’t sure how to translate that into VR. 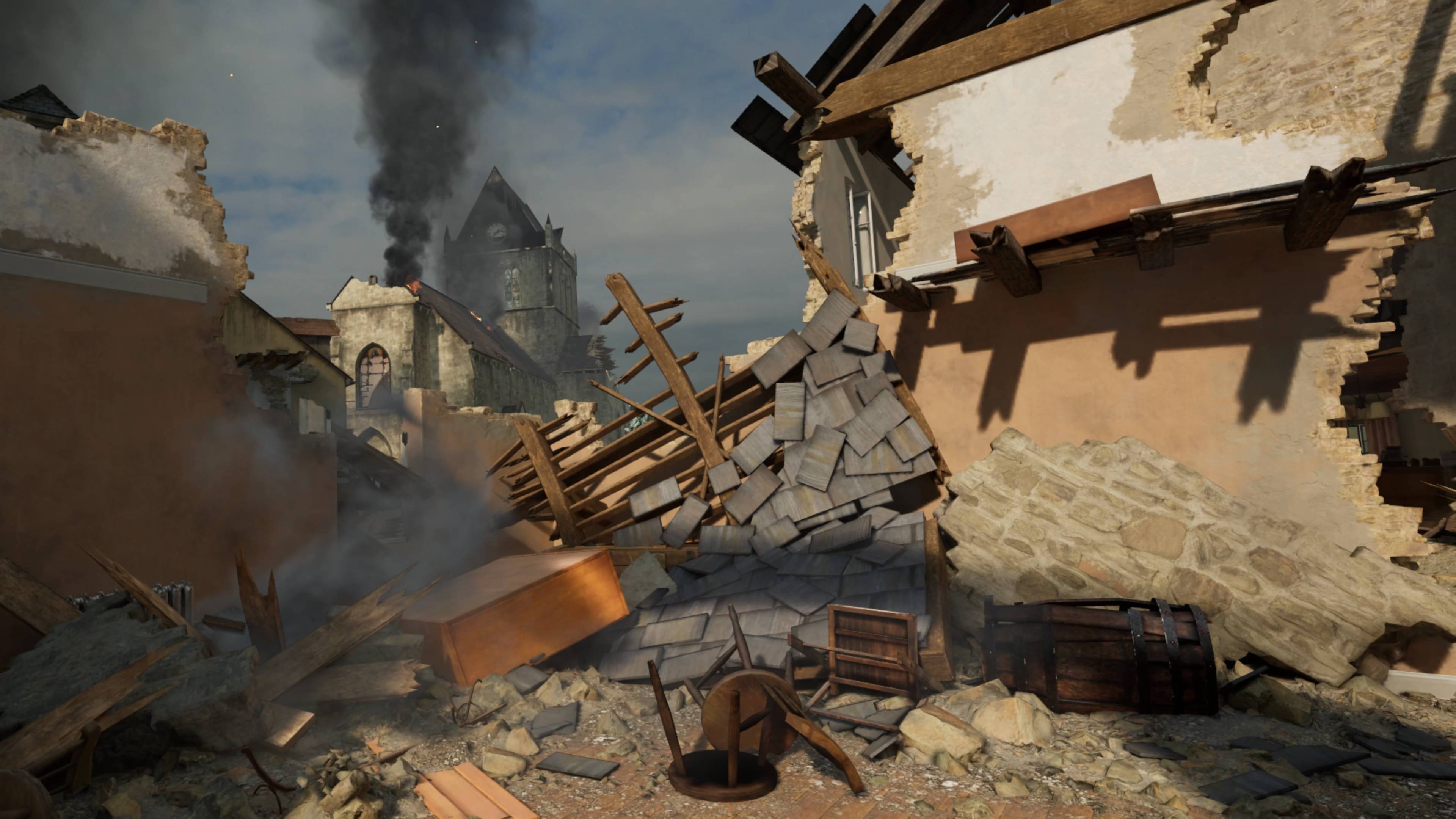