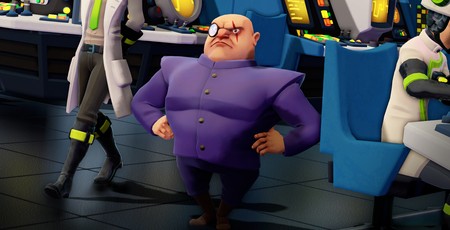 Pacing might be an odd thing to consider when playing a strategy game. It’s tacitly acknowledged that strategy games are generally not meant to be blistering, seat-of-your pants thrill rides. The whole point of strategy games is to think and mull things over, doing which requires time. They’re slower, more cerebral experiences by their very nature, with arcs that take hours rather than minutes to resolve. 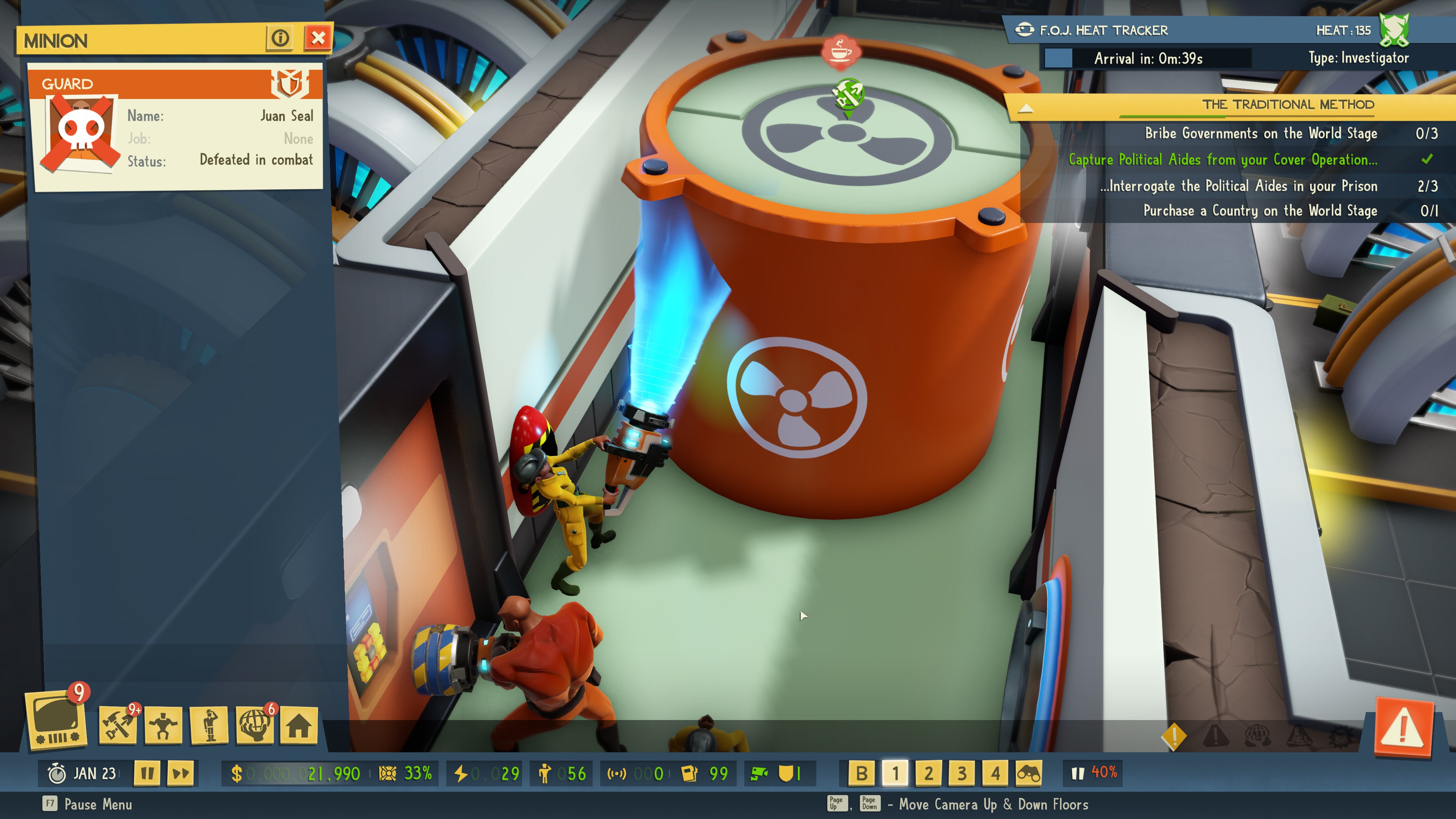 Yet despite this, pacing is still vital to creating a compelling strategy game, something that’s also tacitly understood by how we talk about their different phases; the early game, the midgame, and the late-game. In all these phases, you want players to be doing something interesting. If the game is too slow or too empty at any of these points, that can easily undermine the experience.

And so we come to Evil Genius 2, a brilliantly stylish and wildly imaginative management sim that fully deserves to be great. But it also has some of the oddest pacing I’ve encountered in any strategy game for ages. 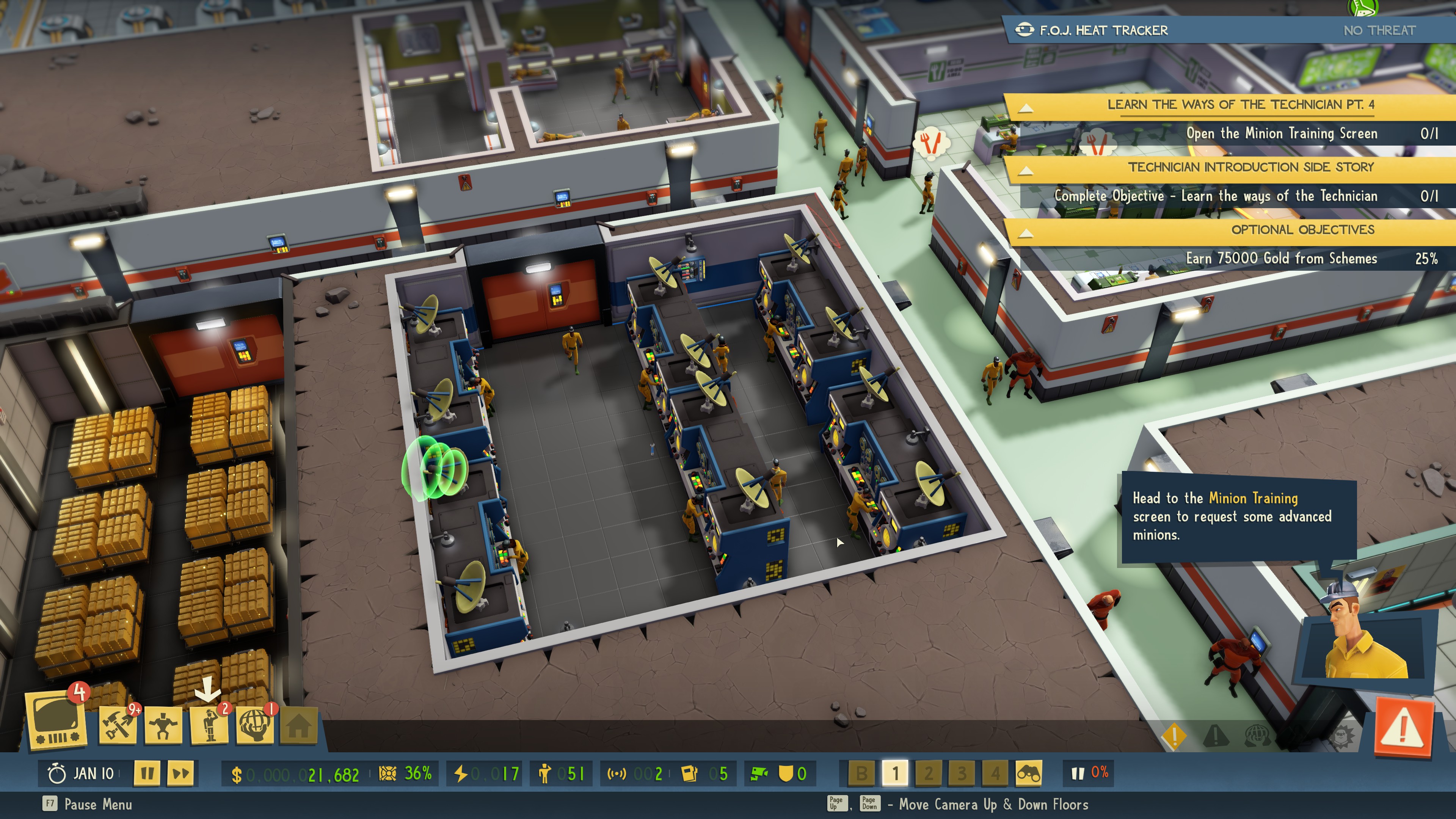 Sequel to the 2004 cult classic, Evil Genius 2 sees you once again in the role of a calculating criminal mastermind seeking to dominate the world through the construction a Doomsday device. Building a secret lair on a remote volcanic island, you must dispatch your minions on moneymaking schemes, while keeping your malevolent machinations safe from pesky enemy Agents.

Your grand designs start with the establishment of your base, which occupies the game’s first few hours. You need to carve out rooms beneath your island’s central mountain, designate different rooms like barracks, treasure vaults, training rooms, and research labs, then furnish these with appropriate equipment, including radio stations for your communications room and weapon racks for your armoury. 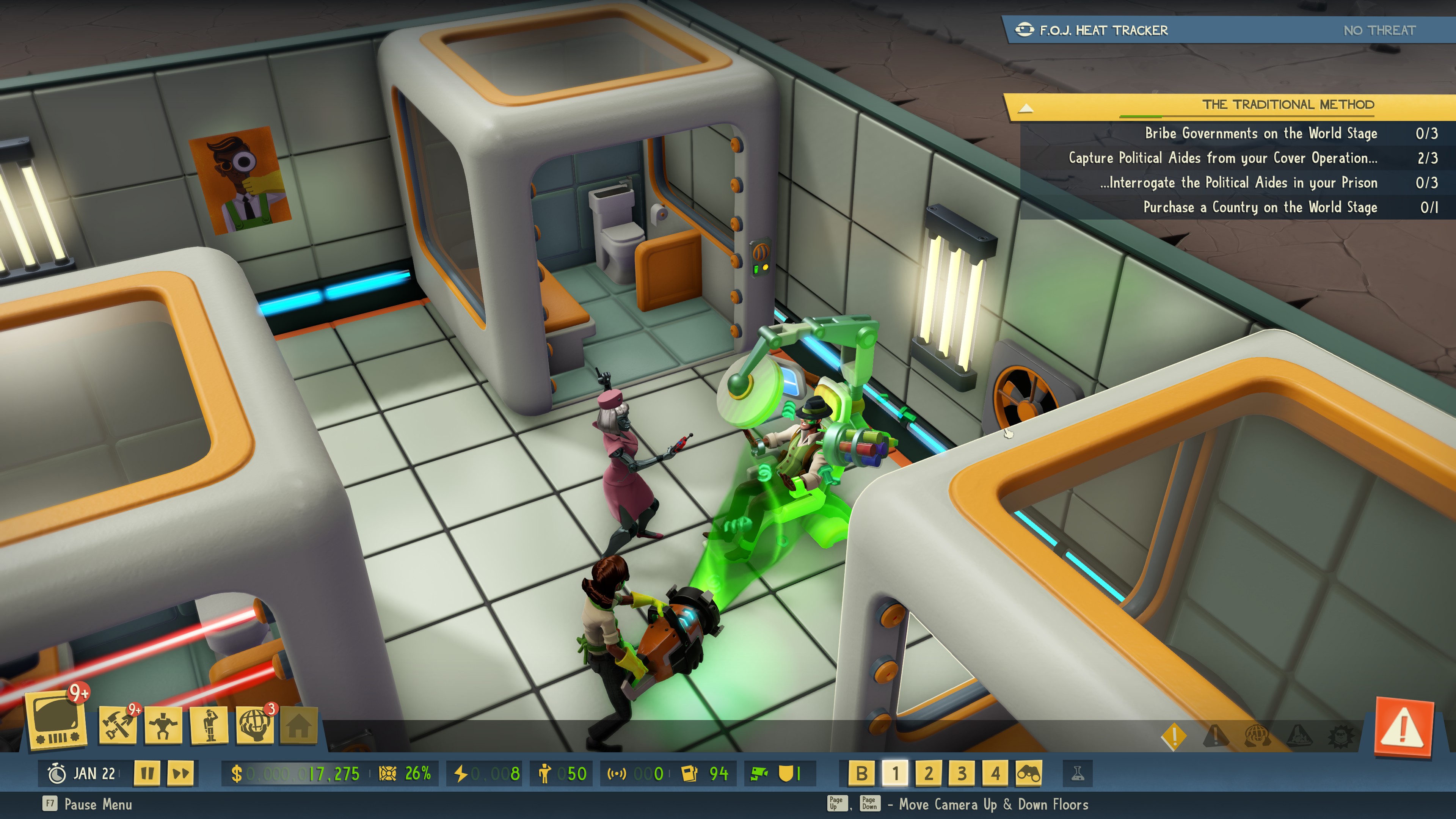 In this, Evil Genius 2 has possibly the most enjoyable base-building of any management game I’ve played. This comes largely down to how well presented it is. The game boasts a vibrant cartoon style similar to Two Point Hospital, but it crams even more nuance and comic exaggeration into. For example, your worker minions don’t mine out rooms with pickaxes, they use a giant laser cannon to blast the rock into smithereens. Every new bit of equipment is placed individually by your minions, who then interact with it in supremely detailed fashion. I particularly love to watch the training room, where scientists write practice equations on blackboards, while mercenaries show off their weapon skills at custom-build firing ranges.

Yet whereas most management games mete out their different room types across the whole experience, Evil Genius 2 frontloads most of its core base-construction in the first few hours of the game. You’ll have cause to expand the base over time, unlocking new traps and types of equipment, but it’s a trickle after an initial torrent, rather than a steady flow of upgrades. 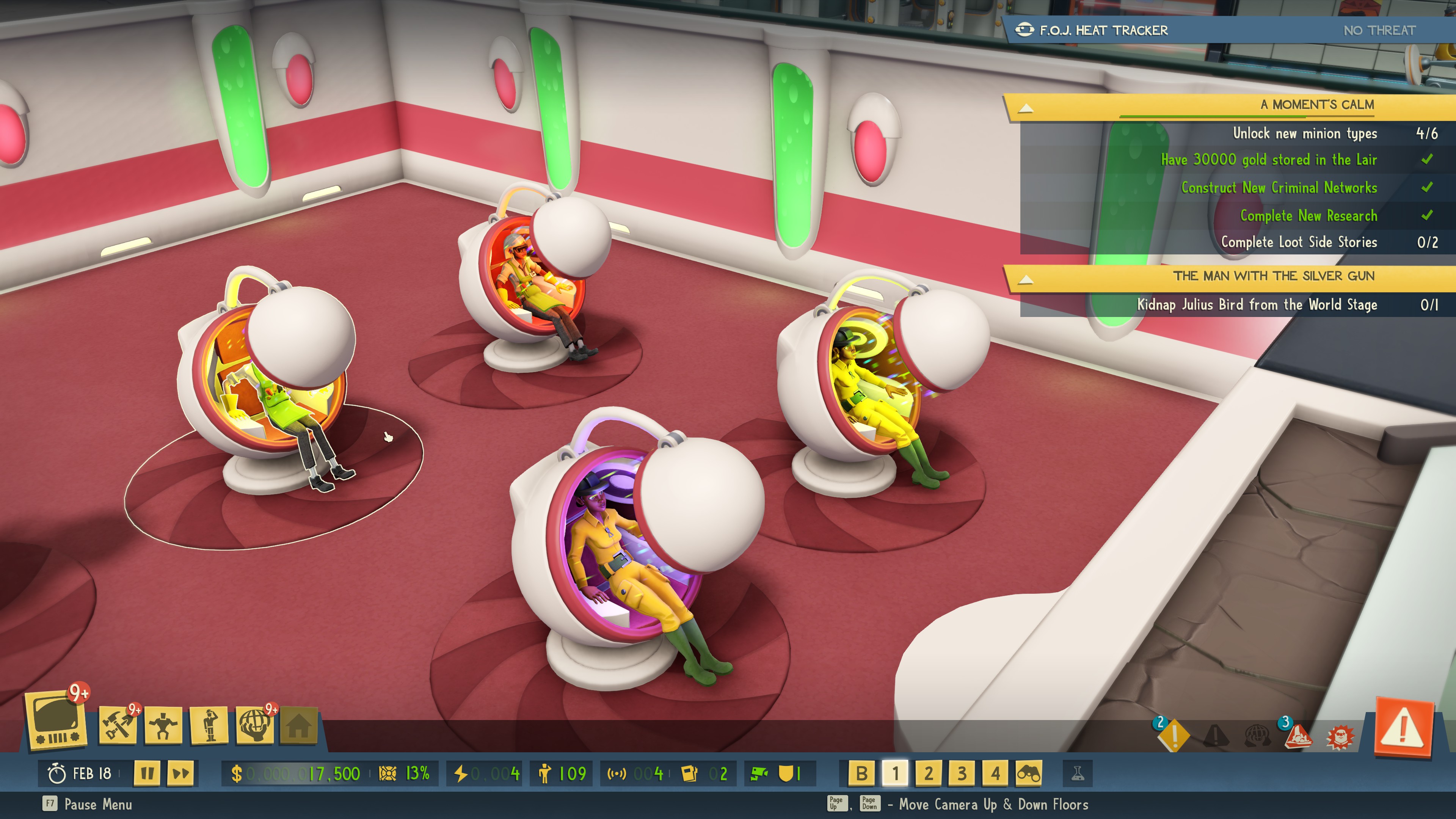 In place of the base building, most of your attention switches over to scheming and defence. Alongside your base map, you also have access to the ‘World Domination’ map. Here, you can infiltrate different regions by establishing your Criminal Network, before deploying minions on schemes to earn gold, complete objectives related to the game’s many primary and secondary missions, and various other activities.

Dispatching minions on schemes is always a one-way trip, and as your criminal network grows and upgrades, you’ll need to send multiple types of minions on schemes, in ever growing amounts. This means having the resources to train and pay for a larger number of minions, which means further expanding your base, and taking on more schemes. However, embarking on schemes generates Heat, basically the world’s alertness to your presence. As Heat increases, the world will start to send Agents to investigate what’s going on at your little island. 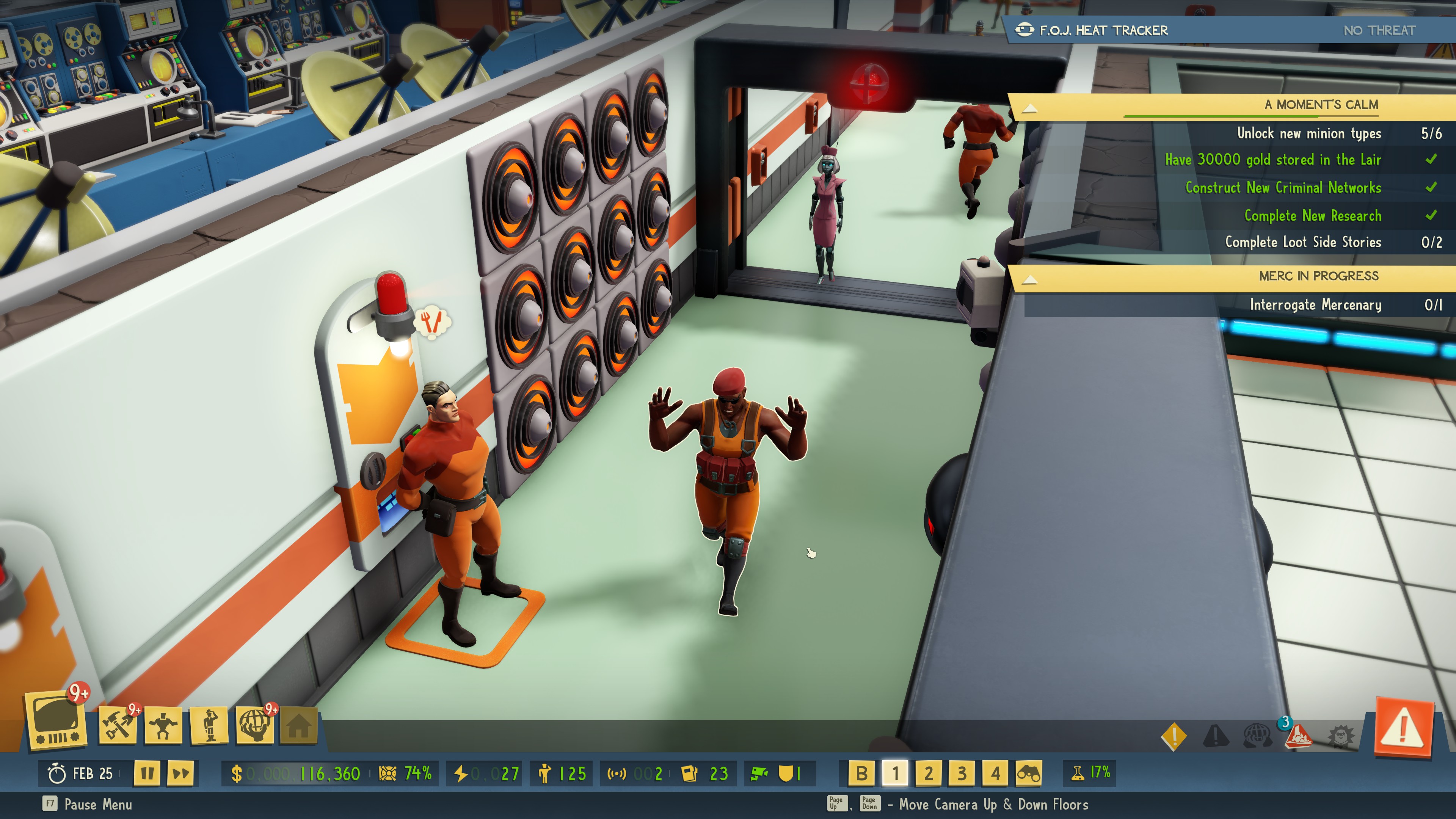 Agents can be dealt with in several ways. You can set guard posts to protect key areas of your base, or deploy around twenty different types of trap, ranging from freeze rays and giant magnets to “laser-discos” and the classic underfloor shark tank. You can also try to head-off enemy infiltration with your Cover Operation, a glittering Casino designed to distract agents from their objectives with stage shows, gambling games, and enough alcohol to pickle an elephant.

As with the base building, all of this is brilliantly presented. The problem is that your World Map Objectives are way too drawn out, resulting in lengthy periods of downtime during Evil Genius’ mid-game. Part of the problem is that every mission has too many stages, nearly all of which involve dispatching minions to the world map. Then, not only do you have to wait for the mission to resolve, you also have to wait for the minions to be transported to the location via helicopter, which can take several minutes per mission. 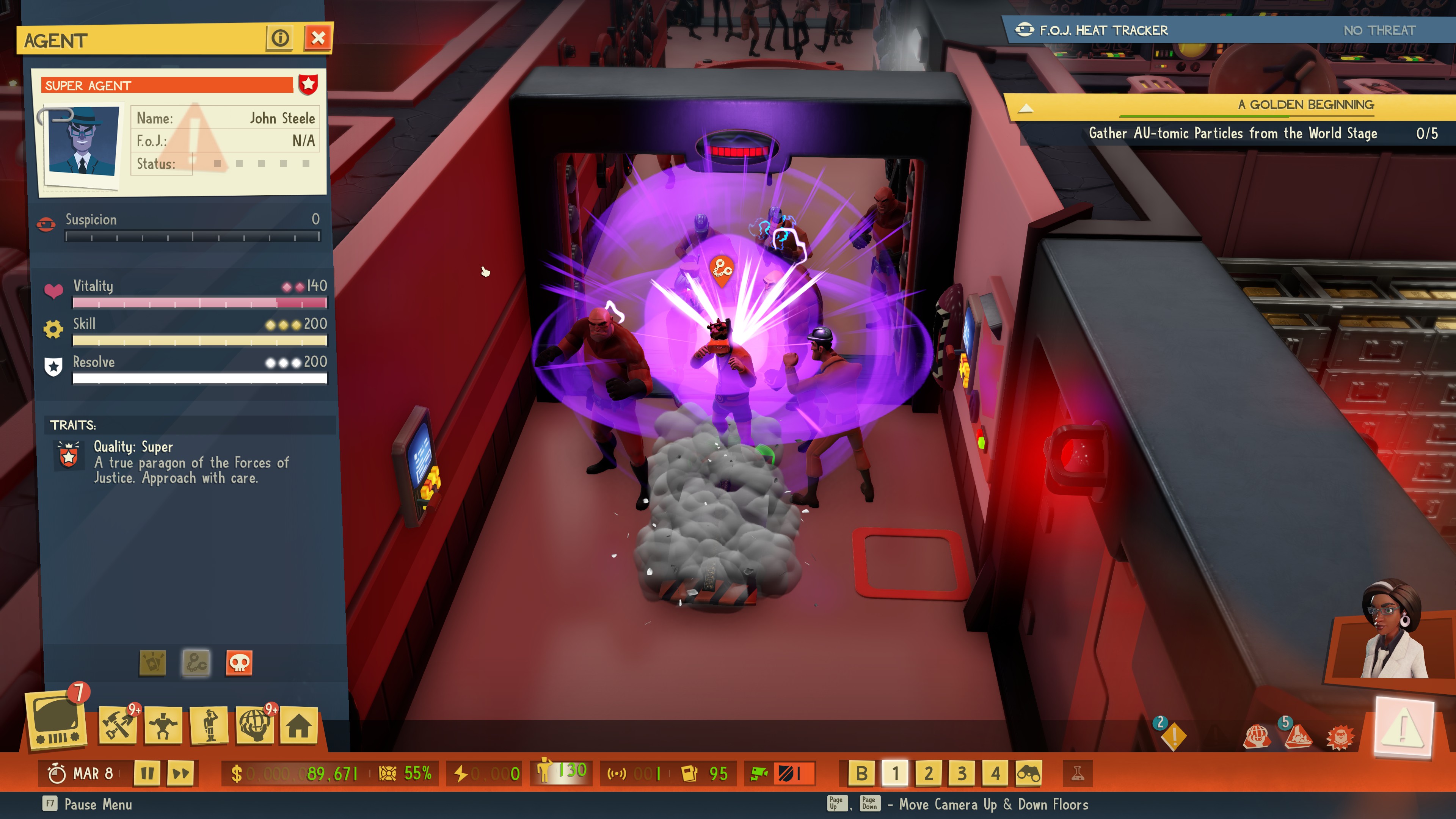 This results in periods where Evil Genius 2 can really drag. This isn’t a consistent problem. You’ll frequently have to expand your base, upgrade defences, train new minion types, and of course, see to the construction of your Doomsday device. Meanwhile, the later game offers a pretty stern challenge as Super Agents bypass your defences with ease as you’re spinning half-a-dozen different plates on the world map.

All of this is entertaining, but Evil Genius 2 never again reaches the thrilling highs of its first few hours. The sluggish pacing of the midgame also means you’re less likely to want to play another game, which is a shame as there are four different Geniuses to play as, each of whom has different abilities, a unique Inner Sanctum, and generally makes the experience feel considerably different. 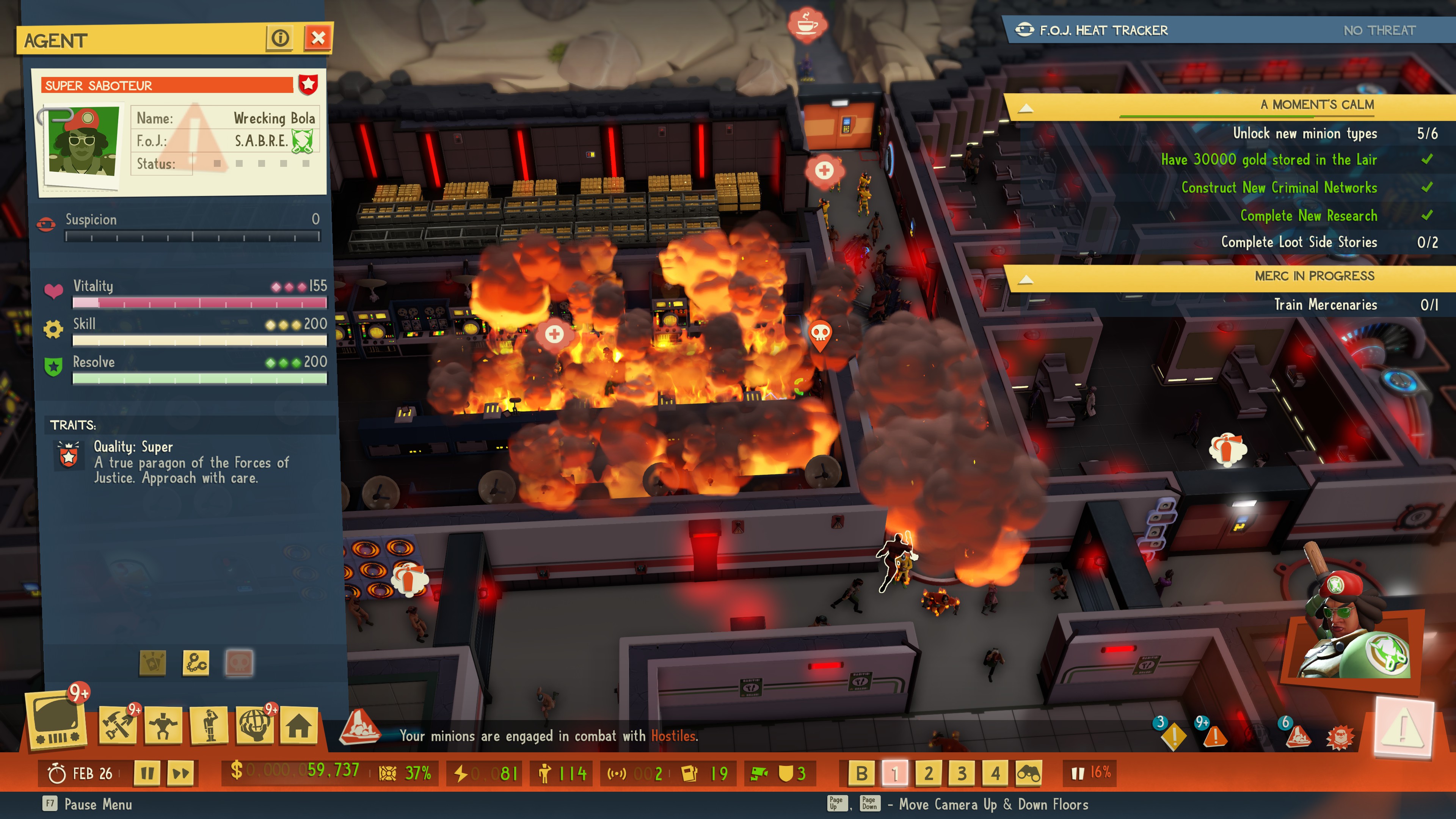 Cut ten hours off Evil Genius 2’s running time, and add in another half-dozen rooms for the late game, and you’ve got one of the best management sims ever made. As it currently stands on the alignment chart, however, Evil Genius 2 is merely Lawful Evil, a solid and capable baddie, but too bogged down by admin to truly realise its chaotic potential.