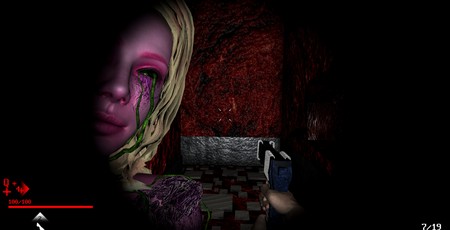 What a neat idea the Dread X Collection is. Published by the Dread XP website, this ongoing series collates short horror games from small indie developers, giving a paid platform for work that would otherwise be too obscure to gain much traction on its own. Getting noticed in the games industry as a first-time or solo developer can be challenging, so collaborations like Dread X are a great potential solution to that. 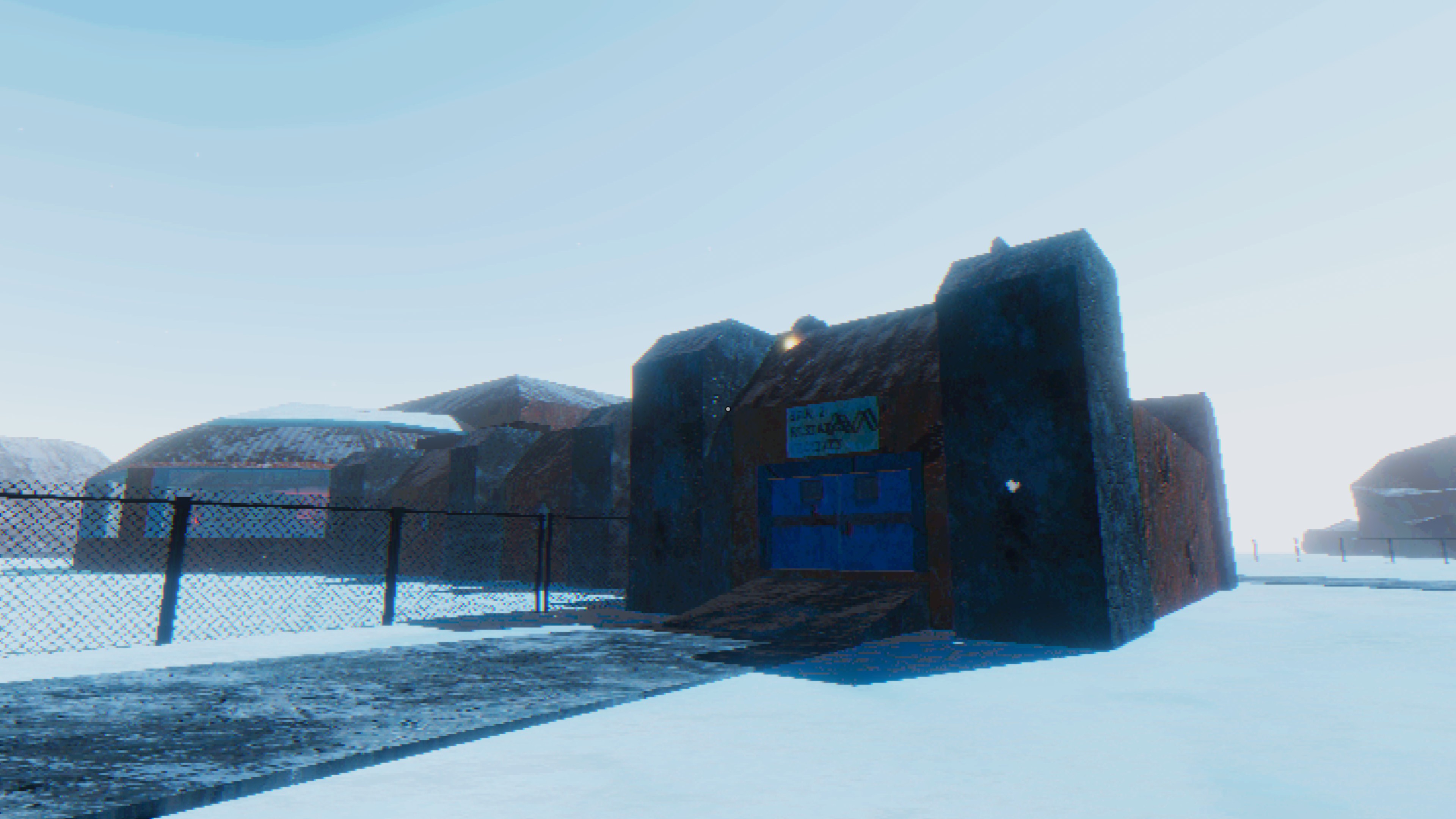 Subtitled the Hunt, this latest collection is directed by David Szymanski, creator of the superb retro-FPS DUSK. It offers seven short horror games, plus an eighth metagame that weaves them all together. This metagame sees you explore an abandoned Arctic research base where something has gone extremely wrong (emphasis on the word “Thing”). To solve the mystery, you need to examine seven “case files” (i.e., play the seven games, retrieving a code from each that will ultimately let you complete the experience.

The metagame is probably the most elaborate menu screen I’ve ever encountered. Not only is the whole base rendered in gloriously pixel-y 3D, it features light puzzles alongside written notes and tape recordings that gradually unveil the base’s backstory. It even has full voice acting for the player-character, although this is the one aspect of the design where I have an issue. It isn’t that the voice acting is bad, it’s more the tone of the script doesn’t really work, shooting for a Joss Whedon-like ironic wit that only serves to dispel the tension. 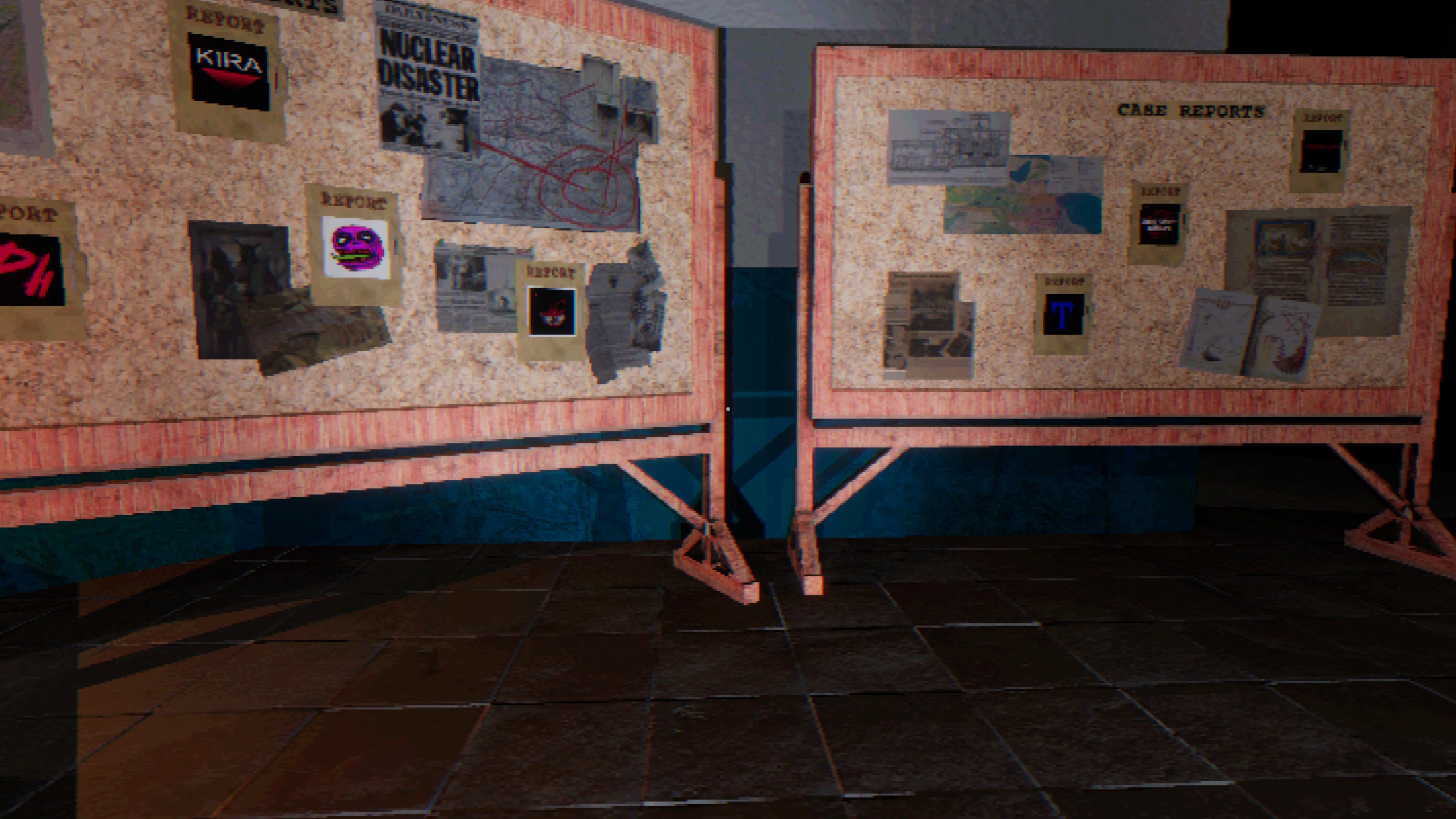 This isn’t a massive problem, though, as ultimately the Base is only a framework for the collection’s seven short horror games. As hinted at by the title, all the games revolve around hunting something. Most of them are also stylised in mid-nineties 3D FPS form (unsurprising given the collection’s curator).

Yet even within this brief, the variety on show is impressive. Of the seven games, my personal favourite was Black Relic. This sees you play as a member of an order of medieval monks tasked with guarding an ancient relic of terrible power. Naturally, their watch fails miserably, and you soon find yourself fighting for your life against scarlet-eyed cultists while your rural sanctuary is consumed by hellfire. 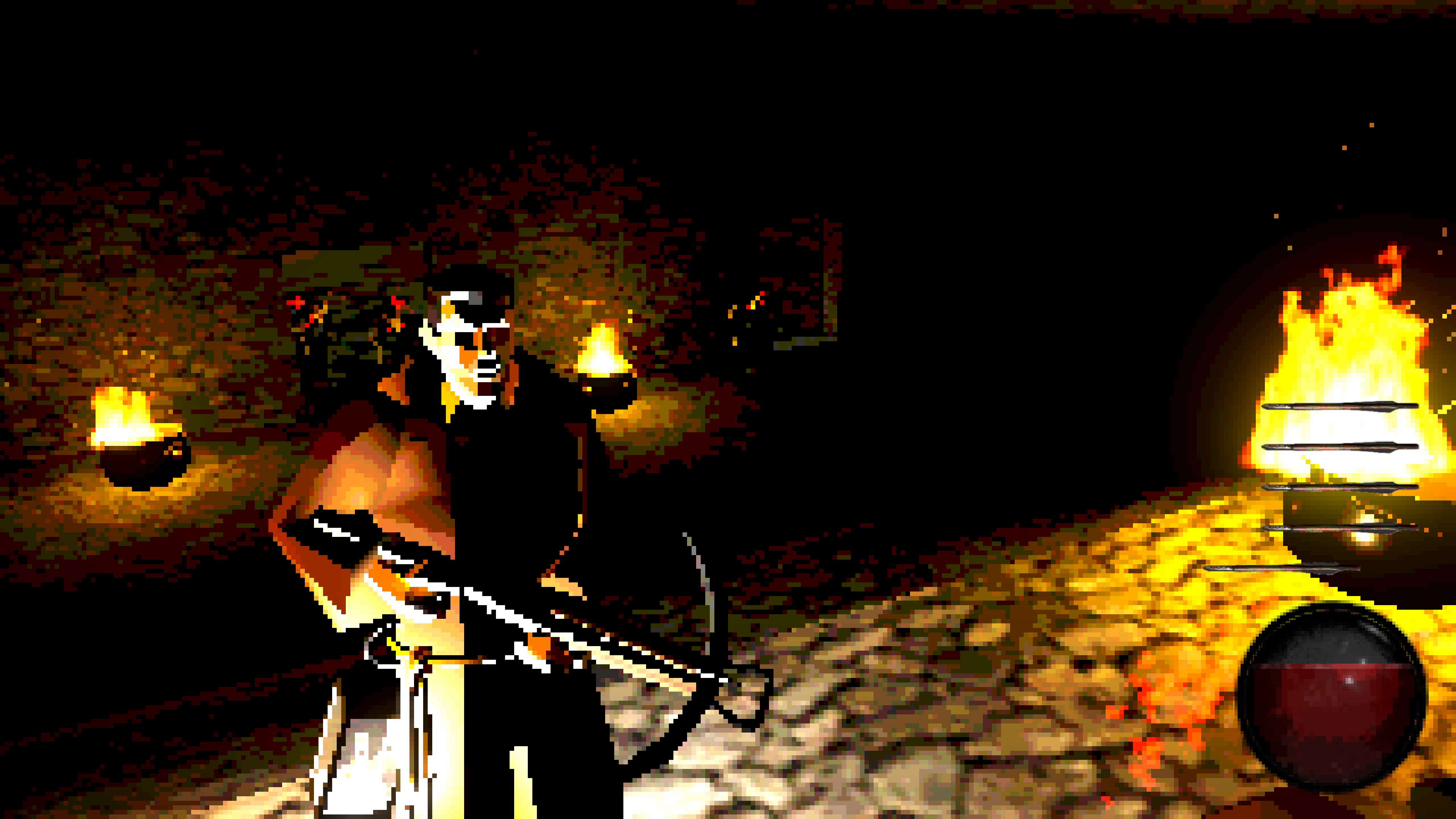 Black Relic balances a wild visual style with grounded survival horror play. The intensely noisy pixel art works brilliantly with the game’s infernal red-and-black colour-scheme, while the survival horror mechanics are smartly balanced. Your sole weapon is a crossbow, which kills most enemies in a single shot, but can only fire once before needing to be reloaded. This means dealing with enemy cultists is always fraught with danger. Every missed shot could be the difference between life and death.

Running in close second to Black Relic is The Fruit. By far the most modern-looking game in the collection, The Fruit takes place in 1884, with you playing as a man named Thomas travelling to a remote village to visit his lover William. When you arrive, however, you discover many of the villagers have been turned violently aggressive by consumption of a strange, black fruit. 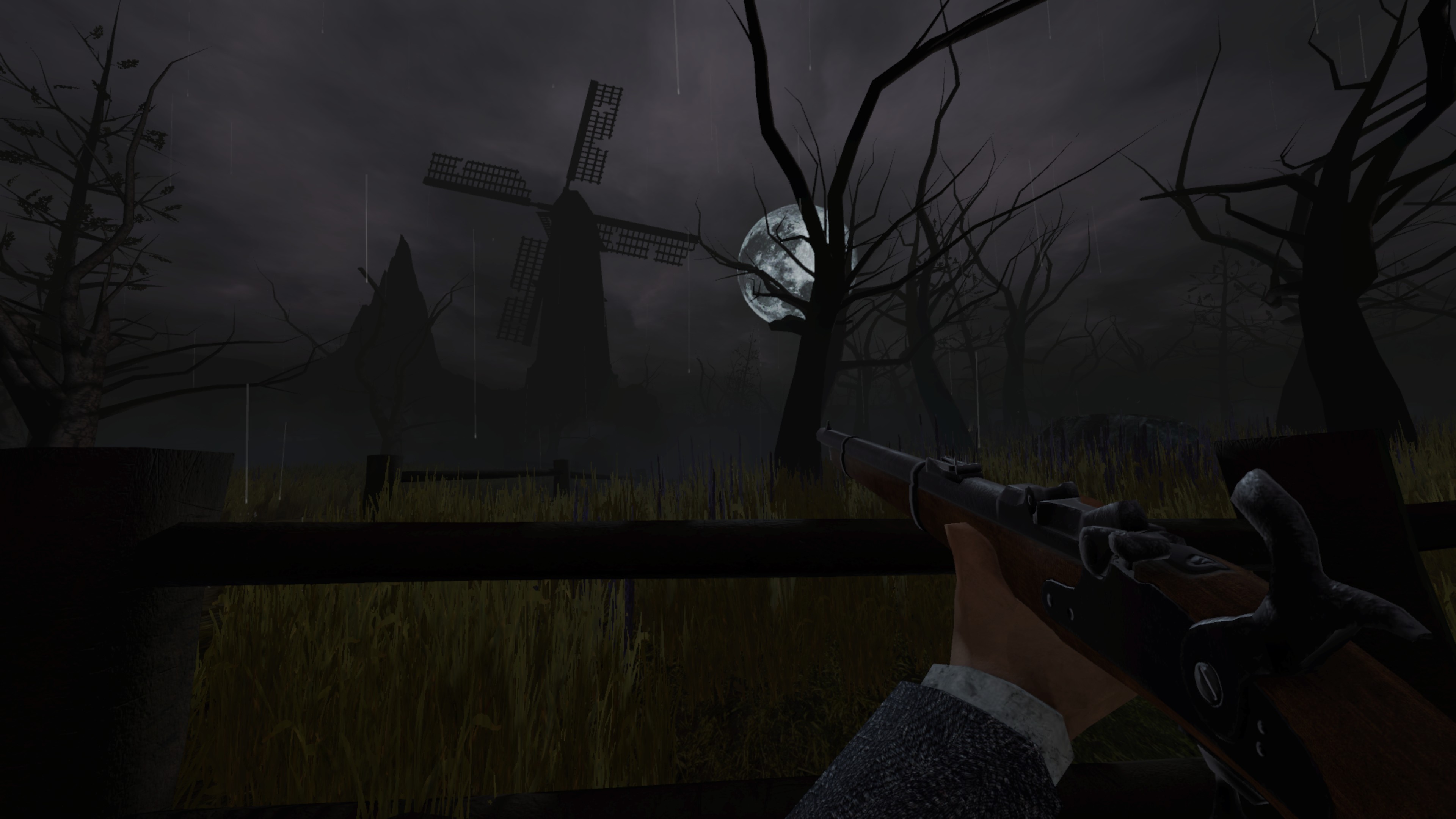 The Fruit is the most dynamic of the seven horror games. It takes place in a large, open environment prowled by the crazed villagers, who throw knives at you and take potshots with rifles. To defend yourself, you have a rifle of your own, but it only fires one shot before needing reloading, which is an intricate process that involves pulling back the hammer, opening the pan, and manually placing the bullet. This makes combat hugely tense, as you race for cover while desperately trying to reload your rifle, wincing as enemy gunshots shear through the air above your head.

These were the two games I enjoyed the most, but I found something interesting in all of them. Axis Mundi tells an enjoyably emotive tale about a Swedish ghost-hunter and is probably the best written of the seven games. Uktena 64 offers an amazing facsimile of Nintendo 64 games, right down to the slightly watery textures. The House of Unrest is basically a Resident Evil game in miniature, offering a blend of open exploration and puzzle-solving with occasional combat against demonic forces. 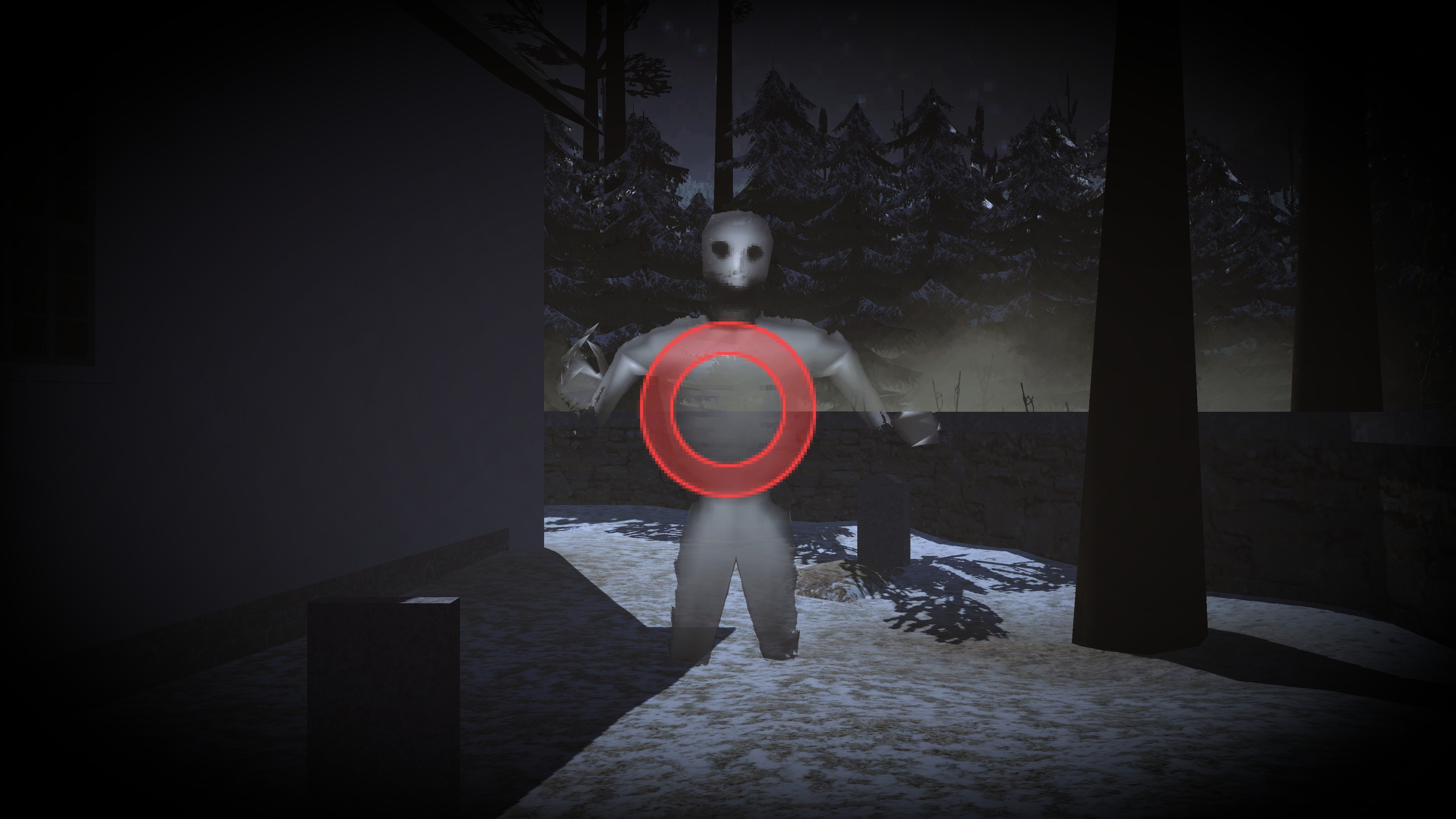 There were two games that I didn’t get on with, although I still found them intriguing. Rose of Meat was simply too weird for me, with incredibly garish visuals and bizarre mechanics that include using a talking leg to spawn twisted flesh monsters. It’s by far the strangest of the seven games, although I’m not sure that’s a good thing. Finally, Seraphixial has a few neat horror effects and a touching story about a father looking for his missing daughter, but overall, the experience felt too disjointed for me, with little stylistic coherence.

All told though, The Dread X Collection’s roster of short games is pretty impressive. For less than a tenner, it’s a great way to both experience the more unusual side of game-dev, while also support creators whose work might otherwise not get supported. All the games are intriguing, and a couple are genuinely great. Here’s hoping this isn’t the last of Dread XP’s horror anthologies. 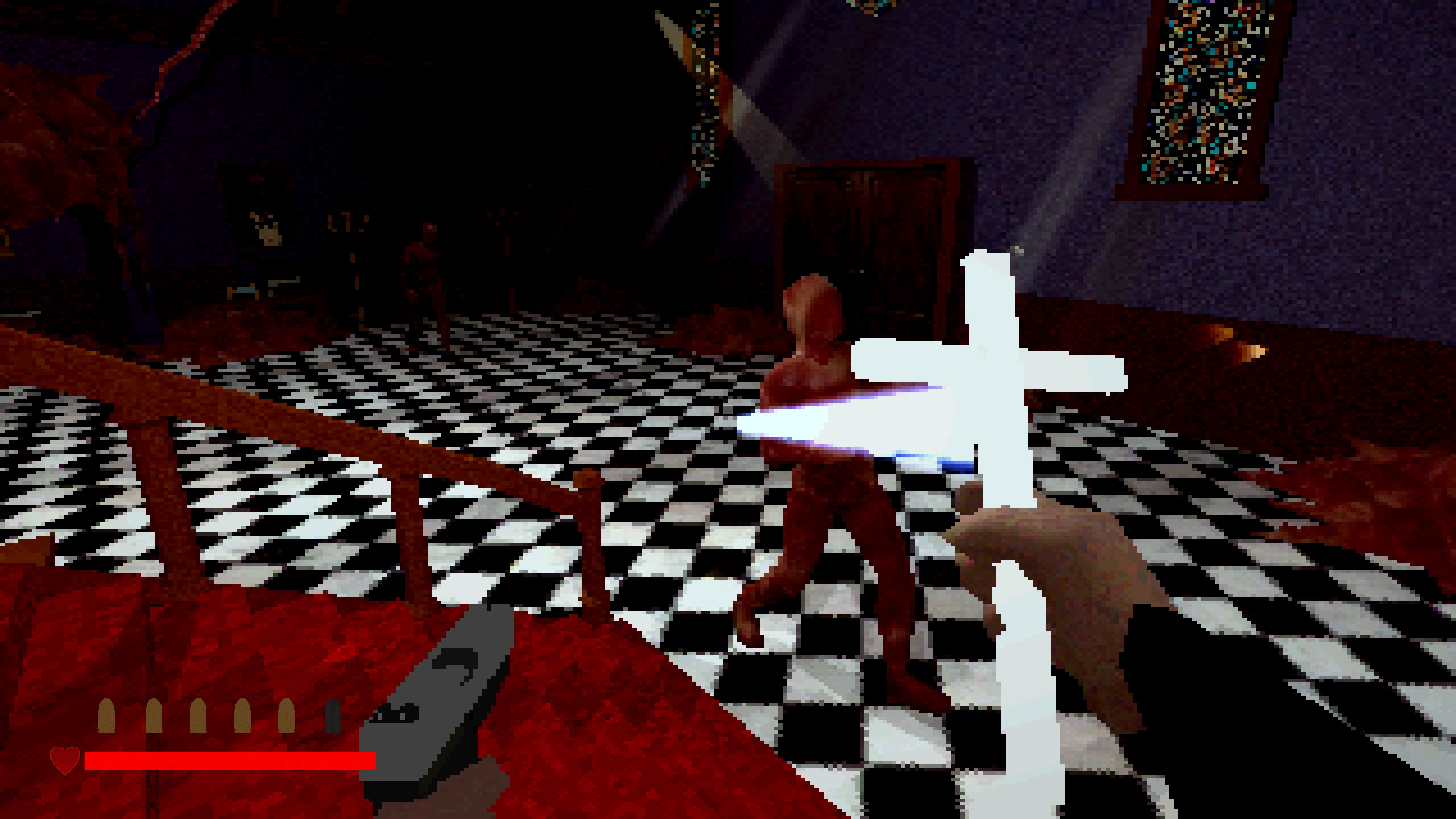