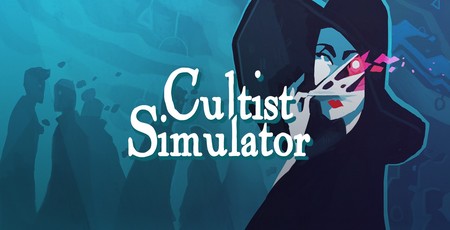 Cultist Simulator is a difficult game to criticise. Not because it is either flawless or has nothing interesting to say, but rather because the line between what is a flaw and what is a feature is often difficult to identify. In concept, the game is about establishing an occult society and performing arcane rituals while trying to conceal your supernatural meddling by holding down a tedious nine-to-five. The two core themes of the game are mystery and monotony, and as with all the best games, it eplores those ideas mechanically, challenging you with oblique and ambiguous clues, deliberately withholding information and forcing you to fumble blindly down its Lovecraftian rabbit-hole, making you wait to complete yet another shift doing mind-numbing clerical work before opening the tantalising package sent to you by an unknown benefactor.

Yet understanding this did little to alleviate the fact that I struggled to get on with Cultist Simulator throughout my time with it. I admire many of its ideas – particularly those revolving around blending storytelling and play. But I found the structure those ideas are contained within to be simply too frustrating to ever really be enjoyable.

That structure is a single-player card game that plays out in real-time. You start out as a poor and sickly individual living in 1920s London, with nothing but a handful of coins and a mysterious package to your name. To perform actions in the game, you combine cards with one of several 'Verbs' that appear on your virtual table-top. Initially only one verb is available – 'Work'. If you place a health card into it, you’ll perform a shift as a manual labourer. If, however, you use a reason card, you’ll acquire a job as an administrator at the Glover and Glover legal firm. Either way, once you plug the card into the verb, a countdown timer will begin, and once it reaches zero, it’ll spit out a 'Funds' card, along with the health or reason card you plugged into it initially.

At this point, another verb will appear: 'Time'. You can’t plug cards into Time, instead, it simply sucks up a fund card once per minute. If you run out of funds, it’ll start sucking up health instead, right up to the point at which you starve to death. To stay alive, you need to keep labouring, lawyering, or trying to sell paintings by feeding the work verb health, reason, or fashion.

In theory, you could play the entire game like this, working yourself to death either from injury, sickness, or existential dread. To do so would be phenomenally boring, however. Your character might subsist off money, but they live for the mystery of the occult. Opening your strange package will provide you with a bunch of new cards to play with, and a selection of additional verbs. For example, adding an Occult Scrap into the 'Explore' verb might lead you to a curious bookshop, where you can use what little spare funds you have to buy grimoires and tomes. These you can plug into your 'Study' verb to reveal cards like 'A Watchman’s Secret', the first snippet of a mystery that will lead you down into the depths of the occult. Eventually, your supernatural shenanigans will begin to attract attention, both from like-minded individuals who you can recruit to form a cult, and the agents of a paranormal police force who will attempt to thwart your devious designs. Much of the rest of the game is built around this tension, trying to build a sufficient following and acquire the appropriate resources to perform an occult ritual, without either being apprehended by the authorities or accidentally destroying your cult in some horrible fashion.

What I like about Cultist Simulator is its unique approach to interactive storytelling. The cards act essentially as building blocks that let you construct your own tale of cosmic horror, in a way that enables far more agency than, say, a narrative tree. It also breaks up the act of reading far more evenly amongst the act of play. Each card has a few lines of description that explains what it is, (although not necessarily what it does), adding another little layer to the overarching story. But the events of that story, the character arcs, plot developments, and twists are all defined by how you play your cards.

For example, not long after I founded my cult, I attracted the attention of an agent named Connie. I didn’t like the idea of someone snooping around my cult, so I did everything I could to get rid of her. I sent several assassins after her, and even tried talking to her to see if I could persuade her away from her investigations. Unfortunately, she had the aspect 'Tenacious', which made her both determined and difficult to kill, so all my attempts to get rid of her caused more problems than they solved, giving her more ammunition to use against me, which resulted in a massive pile of evidence that gave a damning report of my cult’s machinations. It’s worth briefly discussing 'Aspects'. These are essentially traits that dictate how cards can be used. The 'Edge' Aspect, for example, represents damage and violence, so if a character has high Edge, they’re going to be useful for capturing or assassinating people. You can often combine cards with similar aspects to make them more powerful. But there are a lot of different Aspects, which can make the game quite daunting to grapple with. Plus, the Aspect system is not entirely consistent. Some combinations require a pair of the exact same cards, while others are quite happy to let a Lock Aspect combine with a Lantern Aspect.

Taken on its own, I don’t mind Cultist Simulator’s obscurity. Figuring out what each card does and how it can combine with other cards is all part of the fun. It’s in the combination of this with the pause-able real-time structure where the issues begin to appear.

The fact that the game is constantly running on a timer makes it very easy to miss important events, especially in the later game where you’ve got a half-dozen things going at any given moment. In my second game, after several hours building up my cult, my character abruptly died of an affliction known as Despair, which had been slowly amassing in one corner of the screen like the cells of a malignant tumour, and I had no idea it was happening until it was far too late. One could argue the problem is a lack of clear indication on the game’s part, and certainly I think more could be done to flag up when urgent events are occurring onscreen, or at least to make it easier to keep your desktop clean and organised. The bigger issue, however, is that the real-time element undermines the work Weather Factory has done in making you an active participant in Cultist Simulator’s storytelling. The idea of combining cards with verbs to create actions is delightful, and it’s hugely satisfying when you figure out the right combination that pushes your cult one step further towards enacting your ritual. But after completing an action, the game then forces you back into a passive mode by having you wait 30 seconds, a minute, or more for that action to resolve.

In theory, there are other actions to perform while you wait, but the game is structured in such a way that ideally you really need all your actions to finish at similar times so that you can use all the new cards simultaneously. Some cards have timers of their own, and dissolve once that timer hits zero. To upgrade certain cards needed for progression requires a finicky level of precision.  This means frequently pausing the game to get the timings right, which defeats the point of the game being real-time in the first place. Then, when something goes overlooked and you die, the notion of going back to the early game is hugely disheartening, as it means spending a good half-hour waiting for the game to build up momentum again. The legacy system – whereby your new character inherits a few cards from the previous game (along with his own unique abilities) goes some way to mitigate this deflation, but it doesn’t compensate for the knowledge that you’re going to spend a lot of time waiting for timers to resolve before the game kicks into the higher gears again.

The result is that the balance of Cultist Simulator never feels quite right. You’re either sat around waiting for something to do or so overwhelmed trying to keep a half-dozen plates spinning while trying to figure out what you’re supposed to do next, that you end up dying because you didn’t cobble together sufficient Contentment to survive your own existential dread in the previous 30 seconds. For such a brilliantly active storytelling machine, Cultist Simulator’s weird obsession with passivity ultimately proves its undoing.