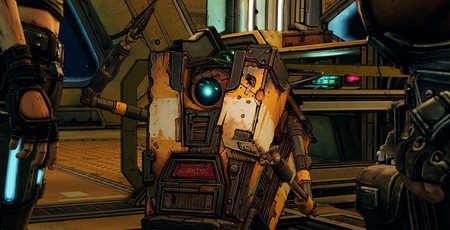 While I try to keep an open mind about the games I review, I must admit I was fully prepared to hate on Borderlands 3. I quite liked the first game, but the second drove me to distraction with the obnoxious, incessant yammering that it believed to qualify as humour. The promotional material for Borderlands 3 strongly suggested it would be 'the same, but worse', so I was ready dish out a lambasting. The premise is, well, it’s 'Here’s some more Borderlands.' We start out once more on the planet of Pandora, a cel-shaded dustbowl whose main exports are sand, shotguns, and sociopaths. You assume the role of one of four new Vault Hunters, mercenaries searching the galaxy for artefacts of great power.

It’s these new Vault Hunters who provide the most significant change to Borderlands 3. Each sports a colourful range of powers to choose between that makes them unique in how they play. I spent most of my time with the Beastmaster, an eight-foot-tall robot who’s able to summon several creatures to fight at his side, such as a dog-like Skag, or a Jabber, a sort-of alien monkey that can wield different guns. But if being a mechanical druid doesn’t tickle your fancy, there’s also a character who’s able to encase herself in a Titanfall-like mech and another who can deploy a holographic clone of himself, essentially one character fighting as two. Simply taking the characters at face-value, Borderlands 3 offers an impressive range of play-styles. But each character can have their play-style tailored more specifically still via three distinctive skill-trees. I focussed primarily on the Beastmaster’s Stalker tree, which centres around health and damage regeneration and also lets you deploy a special cloaking ability that boosts your damage output, which I found very handy for temporarily getting out of combat or quickly dispatching tougher enemies.

Beyond the new characters, Borderlands 3 focussed less on innovation and more on expansion. Everything about it is bigger and zanier than before, most notably the campaign. After an introductory set of missions lasting a few hours, Borderlands departs Pandora for a tour of several other planets. This includes Promethea, a sprawling mass of neon and glass skyscrapers where the arms manufacturers Atlas and Maliwan are engaged in a private war, and the idyllic planet of Athenas, where Buddist-like monks find their peaceful existence shattered by a rogue Maliwan general. It’s worth noting at this point that Borderlands 3 looks superb. The series has always been impressively colourful, but there’s a real richness to the visuals this time around, particularly in 4K (see the screenshots in full-size), where you get a heightened sense of the contrast and the comic-book lines around objects are pin-sharp. More important than how Borderlands 3 looks, however, is how it feels. The physical movement of characters is perfectly poised between providing a sense of weight and enabling flow. Sprinting around maps feels great, and I particularly like the ability to slide along the ground, which kicks up chunks of dirt and gravel as you do so. Most of all, however, the tactile satisfaction stems from Borderland’s procedurally generated firearms, whose continued appeal I can only attribute to some kind of dark wizardry.

Borderlands 3 massively increases the diversity of weapons you’ll find in your inventory, cleverly meting out those new features across the length of the campaign. Early on, you’ll pick up guns that can switch between two different barrel-types, such as rifles that double as shotguns. As you level up, you unlock guns that reload by exploding or have to be cooled down with the spray of a water-pistol. I don’t know what it is about the system Borderlands deploys, but the guns never feel procedurally generated, even when they obviously are (barring a few examples dropped by bosses). Predictably, the resulting combat is ludicrous. With four players firing off different guns and powers, along with multiple NPC allies, it’s deliriously fun. However, I wish the weapons affected enemies in a broader range of ways. They all basically amount to damage dealers, and it’s unfortunate that you don’t get guns which, say, stick enemies together, or push them into one another, or just let you be a bit more creative in terms of how you approach combat. Admittedly, this is where the player powers often come in, but it’s nonetheless a shame that the breadth of the weapons isn’t necessarily reflected in the combat.

There are other issues too. Although I don’t dislike it in the way I did Borderlands 2, the script still frequently irritates. It’s a shame, because Borderlands 3 can be funny when it’s just being goofy. I enjoyed some of the enemy’s death-cries, including 'Tell my kids…I wish they were born!', and my personal favourite, 'I’ll see you in hell…bring guac!' When it’s trying to be edgy and satirical, however, the writing is plain awful. Your main antagonist, for example, is basically a Twitch streamer who signs off with the tagline, 'Like, Share, and Obey.' As well as being about as sharp as a puddle, Borderlands 3 can also be downright offensive, particularly in its representations of dwarfism. Nearly every fight includes small enemies who have names like Tink and Nog, derogatory and belittling monikers that feel like something out of a cartoon from the 1930s. You’ve got enough jokes, Borderlands 3; you didn’t need to add those.

Lastly, oh God, it’s so damned long. This in itself is not a problem, but there are frequent points where the game is very obviously stretching things out. I’ve played missions that featured three or four false endings. Chapter 8, for example, takes place on an asteroid, and that one mission took about two hours to complete, and both it and the accompanying side-quest ended with fights that had four or five different waves to them, each of which felt like the mission’s climax. And of course, all the time an NPC is thrumming in your ear like a wayward insect. I think the humour would be a lot more bearable if the NPCs learned to shut up once in a while. Despite these issues, I did enjoy playing Borderlands 3. At the same time, however, I can’t shake the feeling I’ve been manipulated into doing so. Every time I started to flag with it, the game threw me a gun that fired bees or something, and I was dragged back in for another couple of hours. Borderlands is far from the only game to do this – the same feedback loop is the entire shtick of loot-based shooters. But Borderlands is particularly adept at getting its hooks into you despite its problems, and I’m not sure whether this is a good or bad thing. Cautiously recommended.