Far Cry 4 lets you shoot a rocket launcher from the back of a rampaging elephant. I could stop the review here, because that's really all you need to know about. No? Oh well, it was worth a shot. In any other shooter such a ridiculous concept would be the main event. Call of Duty, for example, would dedicate an entire level to pachyderm-based pandemonium. Even GTA would have THAT mission where you use a bazooka to pummel downtown Los Santos aided by your trusty steed, Dumbo. In Far Cry 4, this is a basic mechanic unlocked within the first hour. From then on any elephant you encounter is a big friendly battering ram just waiting for you to hop on and charge toward the nearest enemy outpost like a happy-go-lucky Hannibal. Of course, if you're no fan of a direct assault, you could lure a tiger into the checkpoint by lobbing a hunk of meat over the perimeter fence, and then quietly dispatch your opponents with your recurve bow while they're distracted. Or you could take to the skies in one of the dozens of gyrocopters that inhabitants of the Himalayas seem to leave lying around, and rain hellfire from 8,000 feet with your handheld grenade launcher.

What I'm trying to get at here is, Far Cry 4 is enormous fun. It's the finest example of that special kind of ludicrous, spectacular, dynamic entertainment that only games can deliver since the last time Ubisoft took a stab at the Far Cry series. Before I get too carried away, it's important to note that, in terms of the overall framework,
Far Cry 4 is very similar to Far Cry 3. It sees you gradually achieving a one-man coup of a country by conquering enemy bases and disabling enemy radio signals, with a cornucopia of distractions that spills over your in-game map, and a central storyline that tries just a little too hard to be ker-azy. That said, Ubisoft Montreal have made a great number of smaller changes and additions which when combined, give Far Cry 4 a very different feel.

But I want to start off by quickly going over the game's weakest aspect, so we can focus on the good stuff later. Far Cry 4 casts the player as Ajay Ghale, an American who returns to the native land of his parents, the Himalayan country of Kyrat, to scatter his mother's ashes. His seemingly innocuous arrival attracts the attention of two rival factions embroiled in a civil war; the Kyrati military run by the country's tyrant King - Pagan Min - and a rebel faction known as the Golden Path, who reveal to Ghale he is, conveniently, the son of their former leader. Like the previous entry in the series, Far Cry 4 has a distinctly odd tone to its writing. Perhaps this is inevitable for a game that embraces the absurdity of blowing up a pick-up-truck full of soldiers with an RPG fired from the back of an elephant, while also attempting to tell a story about a civil war. It tries to navigate both the severity and the hilarity of its subject matter, and there are times during the campaign when it pushes too far one way or the other.

There are some obvious improvements to the writing over Far Cry 3, though. At no point does it involve spoiled American man-children being utterly awful with every syllable of dialogue that dribbles from their idiot mouths, and it no longer appears to be masquerading under the guise of satire. Nevertheless, it's an odd combination of serious themes and attempts at humour. For instance, the campaign revolves around the Golden Path's rebellion, and the leadership squabble between Sabal, the spiritual male leader who sees value in every human life, and Amati, the Path's first woman in charge, for whom the ends always justify the means. Their missions often give you a choice in whose approach to follow. Sabal might want you to destroy a drug manufacturing plant because drugs are bad, while Amati might request you merely take it by force, so the drug money can be used to rebuild Kyrat's ailing economy. So you make this tough moral decision, then you get in the car and the DJ running "Free Kyrati" radio is discussing the same subject matter, while making abysmal fart jokes. 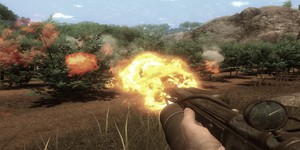 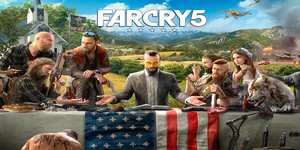