It isn’t just Lynch who is in dire need of a mood stabiliser; almost every character in the film has the same, flat, morbid persona. Marion Cotilliard’s Sofia Rikkin appears astonishingly unexcited by the fact that she might be on the brink of stopping all human violence ever in the world, and even Jeremy Irons is uncharacteristically subdued in his role as the CEO of Abstergo. In fact, all the modern-day sequences have the atmosphere of a wake where the organisers forgot to put on a buffet. Dialogue sequences are long, dreary, and laden with exposition, while the otherwise impressive sets are lit like a hospital at night. The historical side of the film fares somewhat better, although only really because this is where most of the action takes place. The setting is fifteenth century Andalucia, where the Knights Templar are on the verge of wrestling Spain from Muslim control, and the Apple of Eden with it. Attempting to stop them is a group of Assassins led by Lynch’s ancestor, Aguilar.

It’s in such historical locations that Assassin’s Creed’s heart really lies, and you can see this in the film too, despite the fact these sequences only make up a third of the overall running time. The sets and CG cityscapes are far more detailed and colourful than the gloomy corridors of Abstergo, although even here the picture is bizarrely washed out and clouded by a weird CG dust effect that I found enormously distracting. It’s also in these segments where we see the Assassins at work. The action sequences are well shot and choreographed, particularly an extended rooftop chase scene that occupies the centre of the film, and captures the essence of the games better than anything else in the picture. But the fight scenes themselves are surprisingly tame, with largely bloodless combat that stands in odd contrast to both the bleak tone of the film and the grisly battles in the games. Given the gritty aesthetic, I feel like Assassin’s Creed should have more teeth when the blades finally do come out.

A more significant problem with the action is that we’re not really invested in it, because Aguilar as a character is even less filled out than Lynch. He is essentially some very agile meat with two blades strapped to his forearms. Aguilar is allegedly in love with another Assassin, but since the only dialogue between them discusses how they are entirely dedicated to the Creed over each other, the relationship has all the significance of Jaden Smith’s Twitter feed. Otherwise, we’re given no other indications as to what kind of person Aguilar is. We don’t even know whether he’s like or unlike Lynch. It’s hugely disappointing. Mostly, though, I found Assassin’s Creed to be stupendously boring. The stakes may be high, but they’re also vague and swamped by masses of plot. The characters provide no reason to care about events at all. The action is intermittently entertaining, but hampered by the one-dimensional Aguiliar and the constant cuts to the modern day. The only positive things I can say about the film is that is looks expensive, and is true to the games. Sadly, it’s true to all the worst elements of the games, even to the point where it frequently pulls you out of its intriguing historical setting for yet more Abstergo-related drivel. I’d rather hoped Assassin’s Creed would be the film to change everyone’s minds about video game movies, the one that demonstrated you can make great cinema using games as a basis. Sadly, it’s just terrible in a different way. A sludgy, miserable dirge that belongs solely in the... 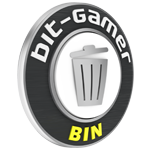 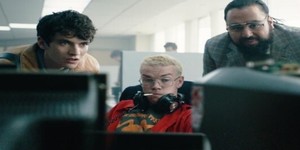 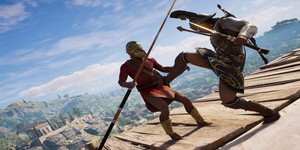