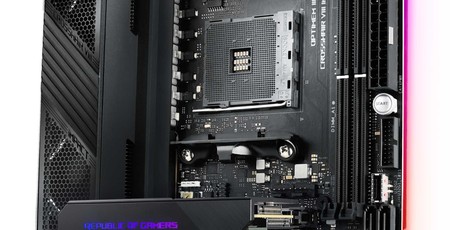 Our Ryzen 9 3900X is usually good for 4.3GHz, so we set that as our target, plumbing in our maximum vcore of 1.425V (you'll almost certainly be able to do it with less). With 4.3GHz running without a hitch, we set our sights on 4.4GHz, which proved a step too far, but 4.35GHz was perfectly stable, making the Impact one of the best overclocking X570 boards we've tested so far.

We've already mentioned the M.2 and VRM temperatures, which are both spectacular, so now it's time to crunch some other numbers. Cinebench saw the Impact offer the highest single-threaded score so far of 522, and its stock-speed multi-threaded score was only 17 points short of the top spot, though the top five results are within 20 points of each other. It was the same in Blender, where the Impact was on par with the other good-performing boards on test, although we should point out that the Impact's EFI is clearly quite mature compared to some of the earlier boards we tested.

The stock-speed Far Cry numbers were again excellent with the fastest 99th percentile we've seen, although Time Spy was perhaps a little lower than we expected.

The overclock unsurprisingly helped multi-threaded tests, but lightly threaded ones were hampered due to the lower-than-boost frequency of 4.35GHz across all cores (stock peak boost is 4.6GHz), so Cinebench's single-threaded score fell to 507, which is joint-highest on test. The multi-threaded score was the highest of any X570 board we've tested so far, with over 500 points added to the stock-speed score, while the Blender test was on par with the lowest times we've seen too. Far Cry 5, meanwhile, saw a 3fps gain to the 99th percentile. 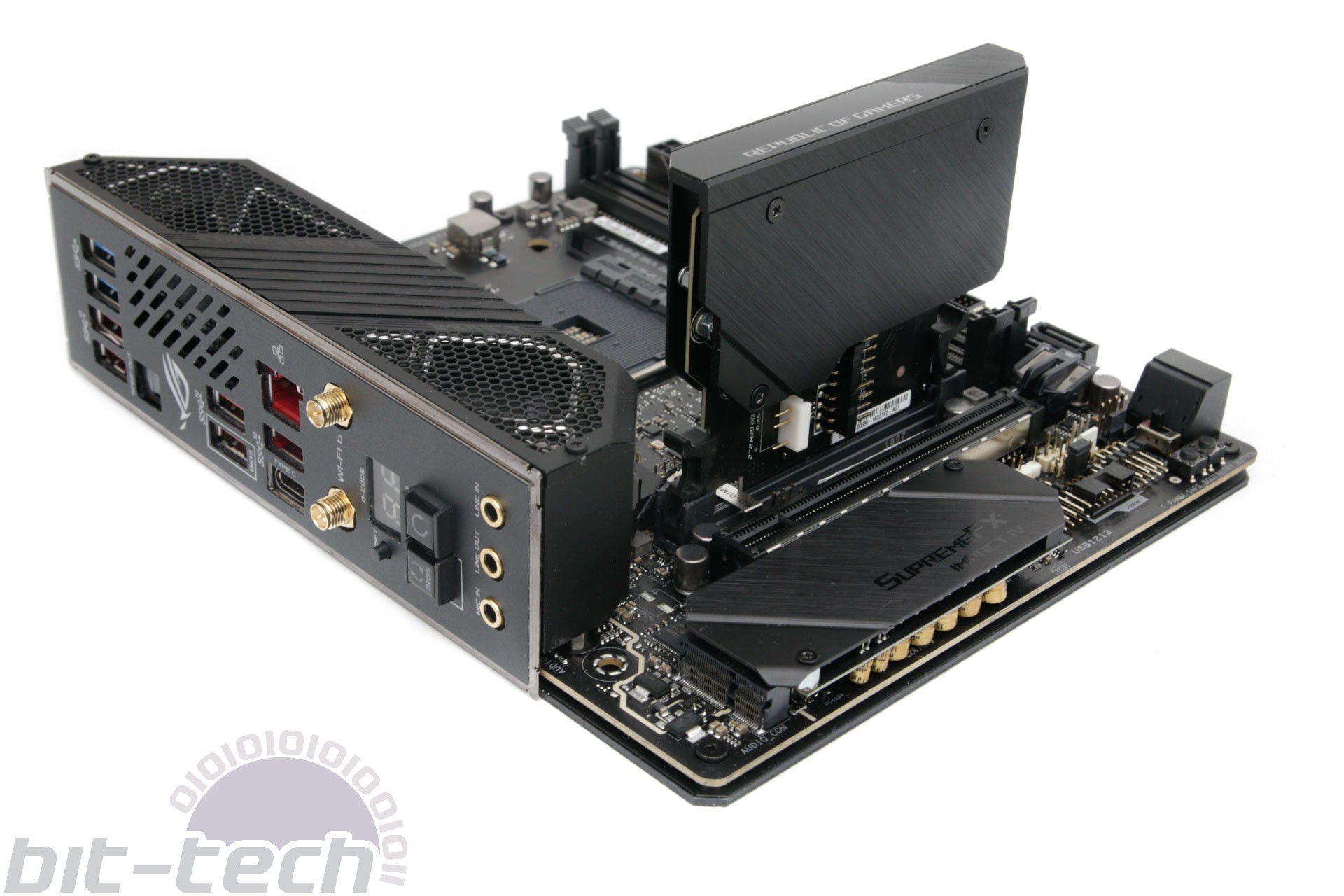 The audio performance was also excellent, with just the mighty MSI Prestige X570 Creation doing any better overall. We haven't seen any slip-ups with the M.2 performance so far, and it was the same here with 4,982MB/s and 4,242MB/s being the read and write speeds of our Aorus PCIe 4.0 SSD.

Finally, power numbers were yet again top-notch with some of the most frugal we've seen including the lowest stock-speed load draw and second-lowest overclocked draw despite an overclock 50MHz higher than many other boards.

No product is perfect, and the Crosshair VIII Impact has two significant issues. Firstly, there's the price. At nearly £400 it costs the same as ASRock's X299E-ITX/ac mini-ITX board, which obviously doesn't sport PCIe 4.0 or even support Ryzen CPUs for that matter, but is potentially a better option considering it has more SATA ports, more M.2 ports, and quad-channel memory support. However, in terms of raw CPU power, while Intel's Core i9-9980XE is certainly a beast, the Ryzen 9 3950X is likely to perform similarly and for a heck of a lot less cash. In this light, the Impact, given its excellent onboard cooling and power circuitry, is likely going to handle AMD's mainstream flagship CPU with ease, meaning you'll get most of the performance of sub-20-core HEDT machines for less cash, and, when it comes to the Threadripper comparison, a much smaller form factor too.

The other issue is size. The added length will disqualify some cases being used altogether and pose challenges to others such as an increased risk of conflict with lower fans/radiator or possibly stretching a riser cable beyond its limits. It's a tricky situation for sure, especially if you'll be pushing a case to its limits or modding it, and while Asus could maybe have ditched the SO-DIMM.2 module, cut the backplate in half, mounted a couple of M.2 ports on the rear of the board, and mounted the audio board vertically like it has done in the past, that bank of fan-assisted heatsinks does an excellent job of both providing the headroom for the Ryzen 9 3950X and dealing with the toasty X570 chipset. Given the choice, we'd probably go the same way as Asus, but we can imagine there are plenty of alternative layouts that could have been achieved, not least of all adding a second PCIe slot given the added real estate.

It's certainly a niche board, then, but that doesn't get away from the fact that Asus has done a heck of a lot right here, and we commend it for stepping up and doing what it should be doing for every socket and form factor - offering an all-conquering flagship that's there to boost the brand and provide wallpaper pr0n for enthusiasts. The power circuitry and chipset cooling in addition to the M.2 cooling are excellent, and the latter in particular can be a real issue in cramped mini-ITX cases. We don't think we're wanting for any more features, at least if you're content with a 2.1-channel speaker system, as there are plenty of USB ports, SATA ports, M.2 ports, RGB LED ports, and fan headers. It also looks fantastic and overclocks like a trooper. It's a shame about the price, but if you're planning a mini-monster system and want to drop in a Ryzen 3950X, we can think of no better tool for the job. 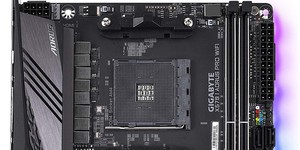