You know the drill by now. I make some daft predictions about the upcoming year in gaming. You all laugh, or cry, or post angry comments, whatever floats your boat. Either way, we all try to briefly forget the futility of our existence as the UK government tanks its own economy and a giant baby in a blond wig becomes the most powerful person in the world. At this year’s E3, Microsoft will unveil a thrilling roster of games that won’t be appearing on your Xbox. Head of Gaming Phil Spencer is expected to announce that Microsoft is committed to making Xbox as unattractive as possible to fans and newcomers alike, and ensuring that gamers make the right choice of platform to play on. Namely, something else.

The presentation will kick off with the announcement of a new Halo which will continue the story of Master Chief’s battle against science-fiction’s least interesting aliens and will release exclusively on PS4. Attention will then turn to Dawn of the Tomb Raider, which will have a timed exclusive on PC at the end of 2018 before having its Xbox port binned sometime in 2020.

Microsoft also intends to announce Fable 4, the most ambitious RPG yet by Lionhead Studios. Microsoft will then remember it shut down Lionhead in 2016, and scratch the project. Microsoft plans to follow this up with the announcement of Crackdown 4, developed at the same time as Crackdown 3. Both games are expected to be cancelled in about three months’ time when it becomes apparent that making two sequels at once is utterly ridiculous.

Finally, Microsoft will reveal a spectacular new action game by Platinum Studios, and players can look forward to imagining what it might have been like sometime in the next few years. Microsoft will close the conference by announcing the release date for Xbox Scorpio, shipping directly to second-hand shops across the globe in the mid-2020s. Capcom’s Resident Evil Revival will be the first game ever to trigger an international State of Emergency. The first-person, VR-enabled horror game will be so relentlessly, stomach-shreddingly terrifying that 90 percent of the world’s supply of trousers will be obliterated overnight. The global, synchronised bowel movement will also trigger multiple tsunamis that will devastate coastal urban centres in many first-world countries.

But as humanitarian charities rush to the aid of the affected coastal regions, clothing manufacturers find themselves dealing with a far more pernicious emerging crisis. Now physically unable to 'wear the trousers', men across the world will be forced to cover the lower halves of their bodies with skirts. Some men accept this as simple pragmatism and actually feel liberated by the sensation of air circling around their... legs. But many others will be deeply offended at being forced to wear an item of clothing traditionally associated with women, coming to believe that Resident Evil VII is part of conspiracy intended to emasculate men.

Eventually, Primark begin parachuting emergency trousers into the worst-affected regions, but by then it is too late. The resulting schism between the Free Leg Movement and the Flying High Brigade will eventually lead to the outbreak of a war that will decimate the male population. Women, meanwhile, will look upon the conflict with confusion and dismay. They will attempt to point out that everyone could just wear shorts, but their logic will be drowned out by the sound of bombs and screaming. 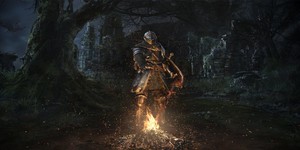 Rick makes another round of entirely serious predictions for the coming year.