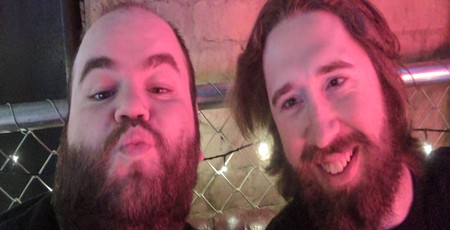 Our 'Meet the Modder' feature is quite simple; basically,  I travel around to modders' homes and spend a day being nosey and figuring out how they work. We want a candid look into their modding lives; it isn't as glamorous as some people may think! We also take a look at some of their other hobbies if they have them.

After the success of meeting Maki Role and Megadeblow, we decided to get in the mod-mobile (okay, it was a train) and meet Joe 'JR23' Robey.

I have known Joe for a number of years, and his work is fantastic. He has worked with Nvidia as well as helping to create the amazing 8Pack systems for Overclockers UK. Now, he is focusing on his work with Parvum, helping to create new cases and pushing the designs to the limit. I am sure Joe will agree that he is as much of a pain in the backside as he is a genius, and I do enjoy a good LAN event or meal with him when we get a chance to meet up.

Speaking of meeting up, let's get this show on the road.

Who are you, and where do you come from?

Hey, I am Joe Robey, more commonly know as JR23, and I hail from the Midlands, UK.

How long have you been modding?

I started with my first long-term project just over 3 years ago. I’d cut up a few things before that but just little tweaks to my first system which I built in 2011. I heard about Pexon through the Corsair forums and paid him a visit; he opened my eyes to so many new things: water-cooling, X79, Parvum, MDPC, Insomnia! By the second or third time I went to see him I took over a fully water-cooled, heavily modified 750D to be furnished with cables.

Aah, nice. Pexon is a decent guy; I love how his family all help him with his business, it's great to see. So, what started your career in modding? Things seem to have moved forward quickly.

As my 750D build was coming to a close I decided that I needed a simple air-cooled build before my semester started, just on the off chance the whole water thing didn’t go to plan. So I bought a Parvum S2.0 and as luck would have it finished both in time. I photographed them side by side, which got some attention. Shortly after, I received a message from Parvum asking if I’d like a prototype ITX case. That X1.0 became Chocolate Box, and I’ve been working alongside Parvum ever since.

What three tools do you use that you could not live without?

Digital Vernier  – I need to be so precise, and everything is so critical, I need everything down to the hundredth of a millimetre, especially when I am designing the water blocks and cases.

Allen keys– I use Allen keys for everything, as Philips and flathead screws suck donkey phallus and usually round off or don’t work. I always use hex screws, so I need Allen keys for them.

Countersink bits – I hate seeing a screw head, and it is something that really can help finish a build off. It also creates a stronger interface when using acrylic, and it makes sure everything actually sticks together. 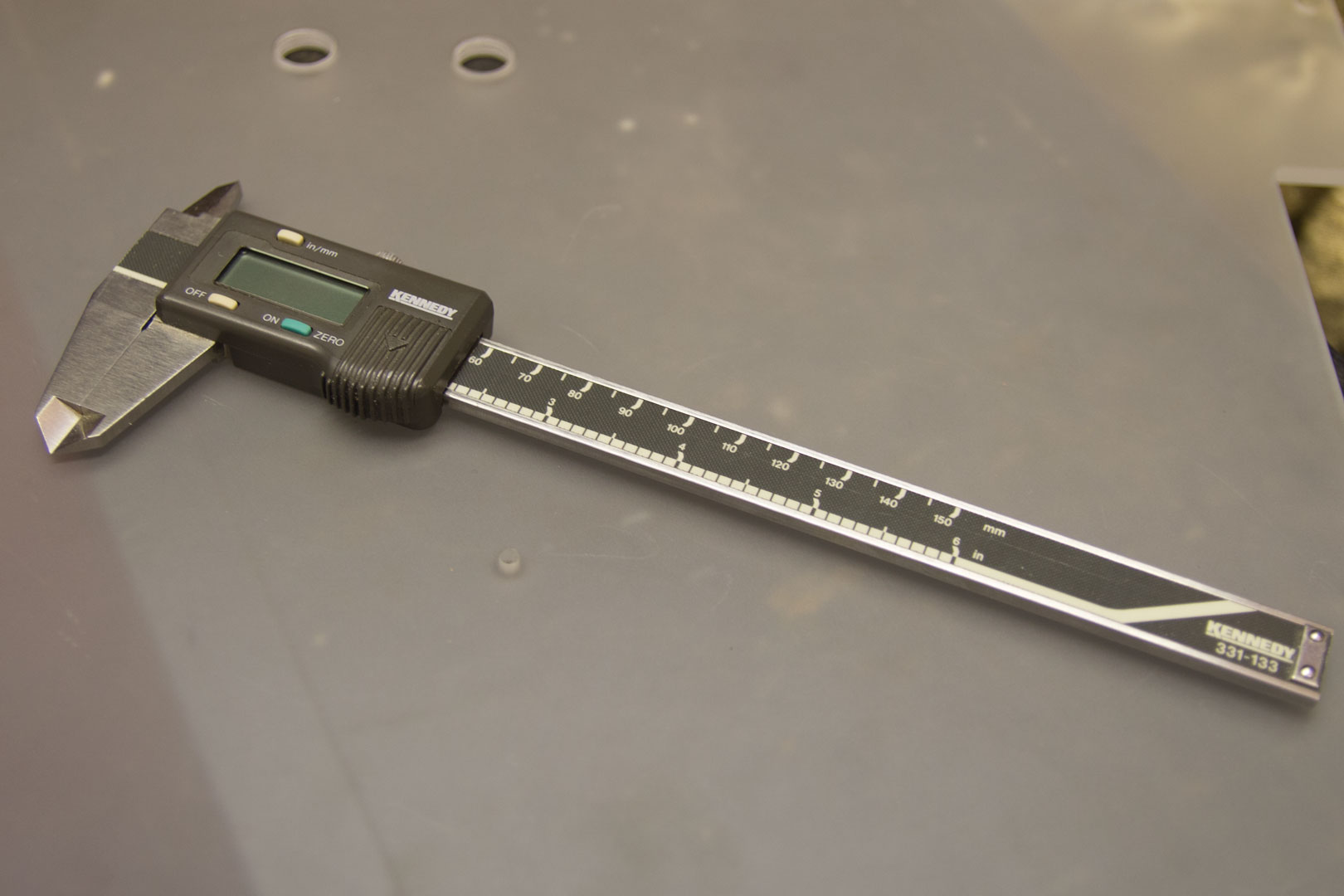 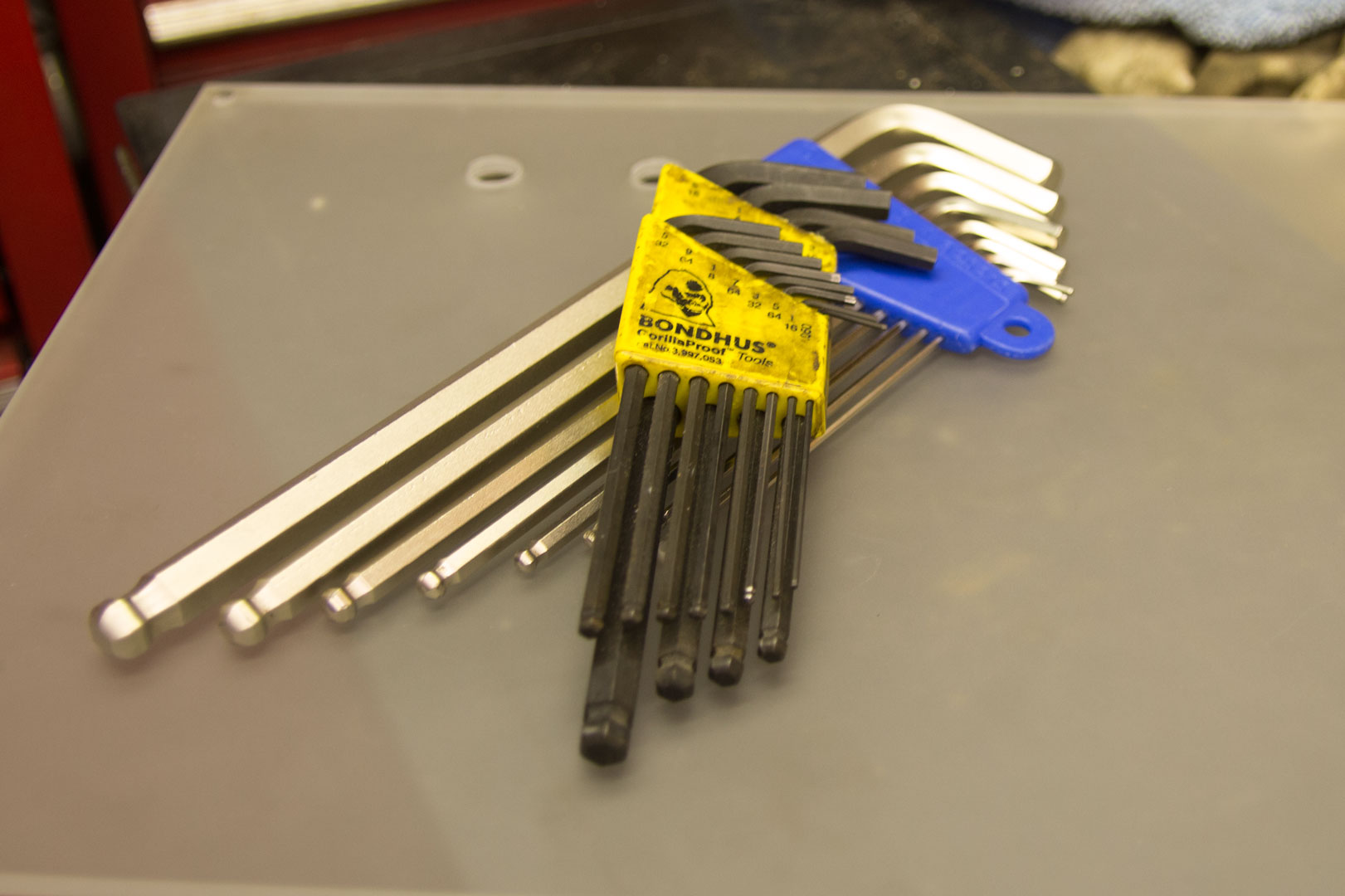 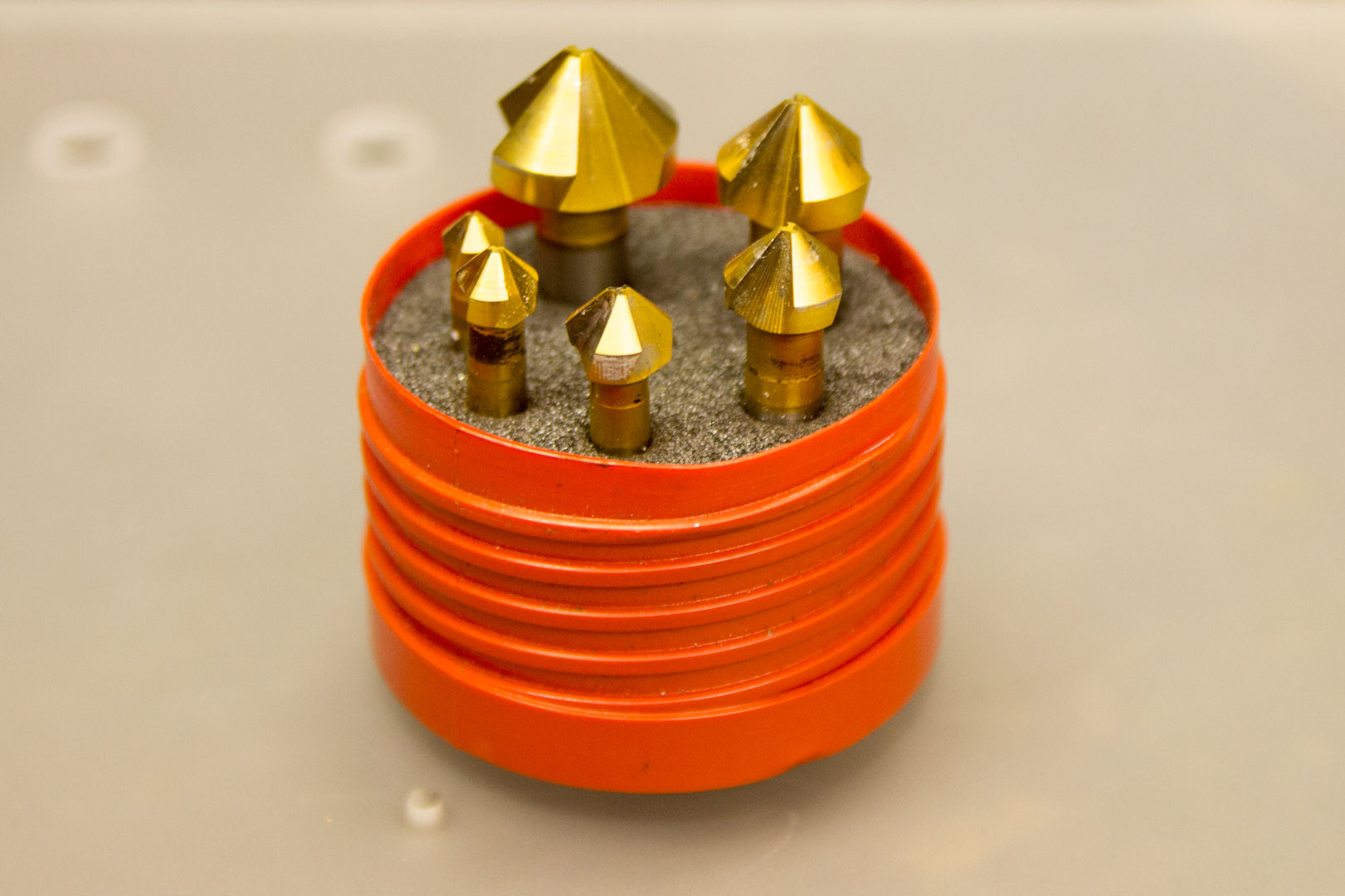 Which of your mods is your favourite, and why? From my perspective, it seems you love Lightning; I have been at a few LANs with you where that has been featured.

Honestly, I couldn’t decide between Lightning and Chocolate Box for conflicting reasons. Lightning is the product of months and months of thinking and dreaming, so well considered the entire build went together in six days, including tubing and sleeving, without a single issue. The result was everything I’d imagined a year beforehand, and to this day I wouldn’t change anything. Chocolate Box took a very different approach; the parts were chosen to fit the case, and even then mods were a necessity just to make it actually fit. I’ve improved things and upgraded parts, and that perpetual refinement has kept it moving forwards and made it a true reflection of my modding career. 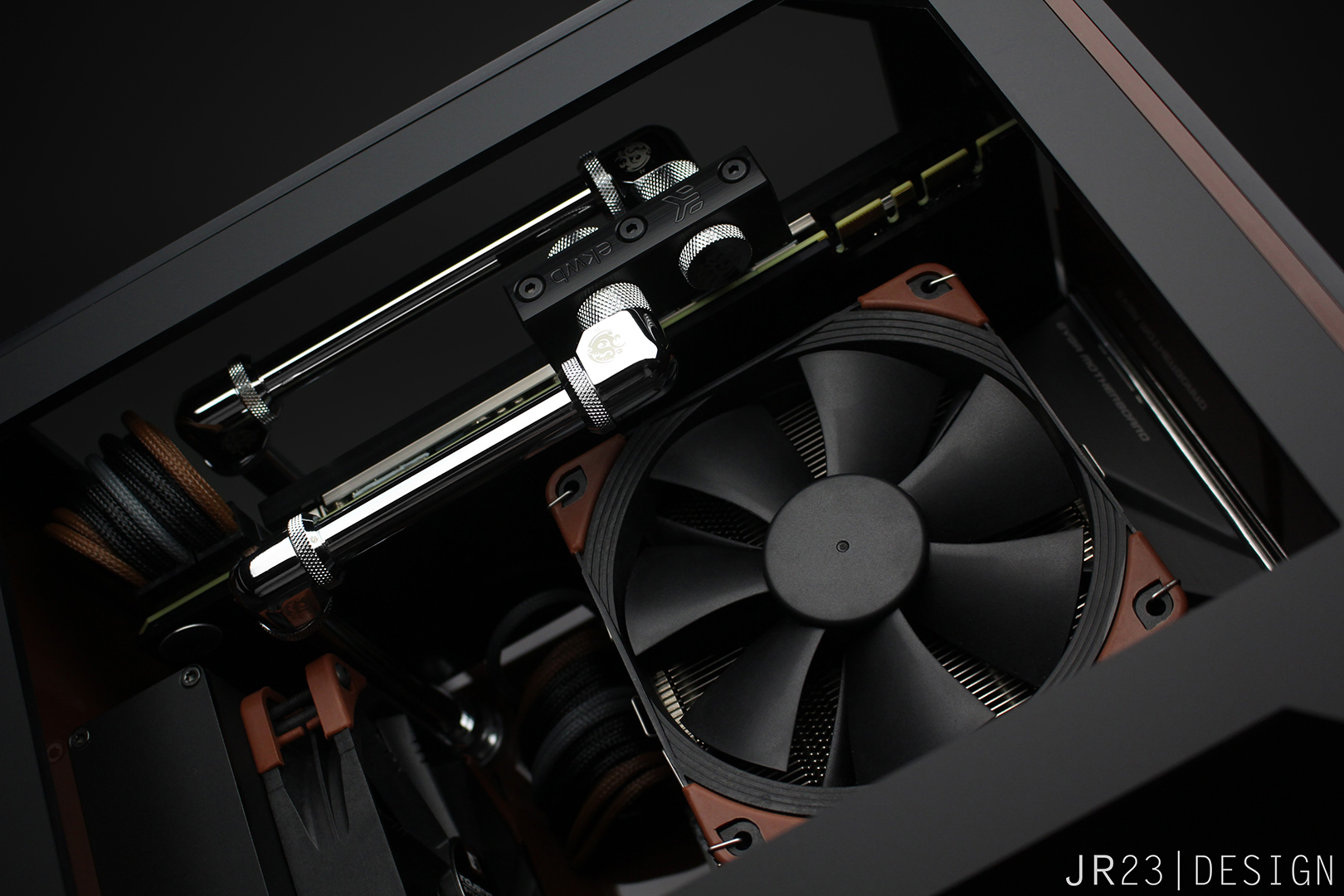 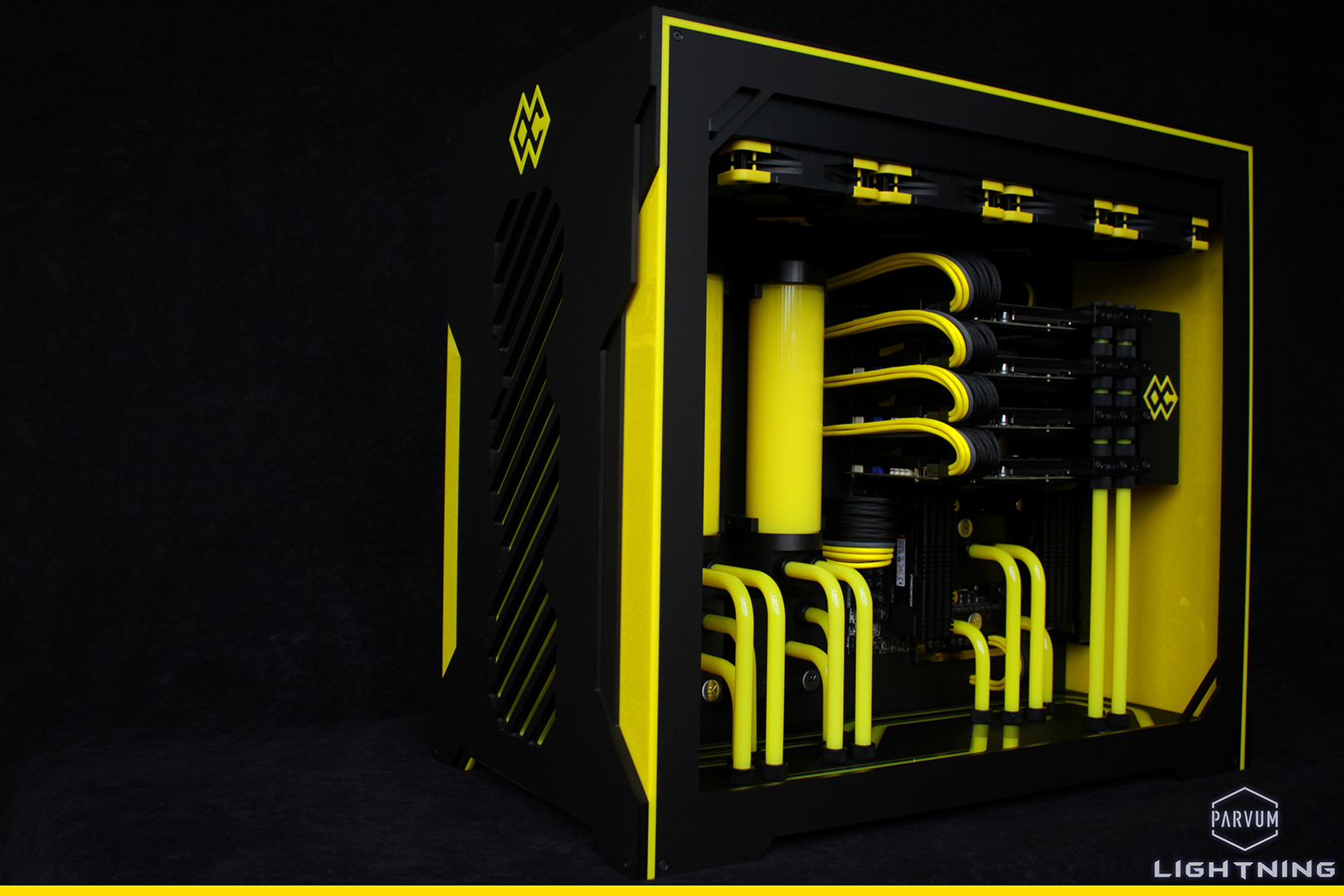 Where do you find inspiration for your builds?

PC hardware itself. I usually see something crazy like the MSI Lightning 780 Ti and create something around it. Having said this, sometimes I have the build in my head before I even see the hardware, and it just makes sense. 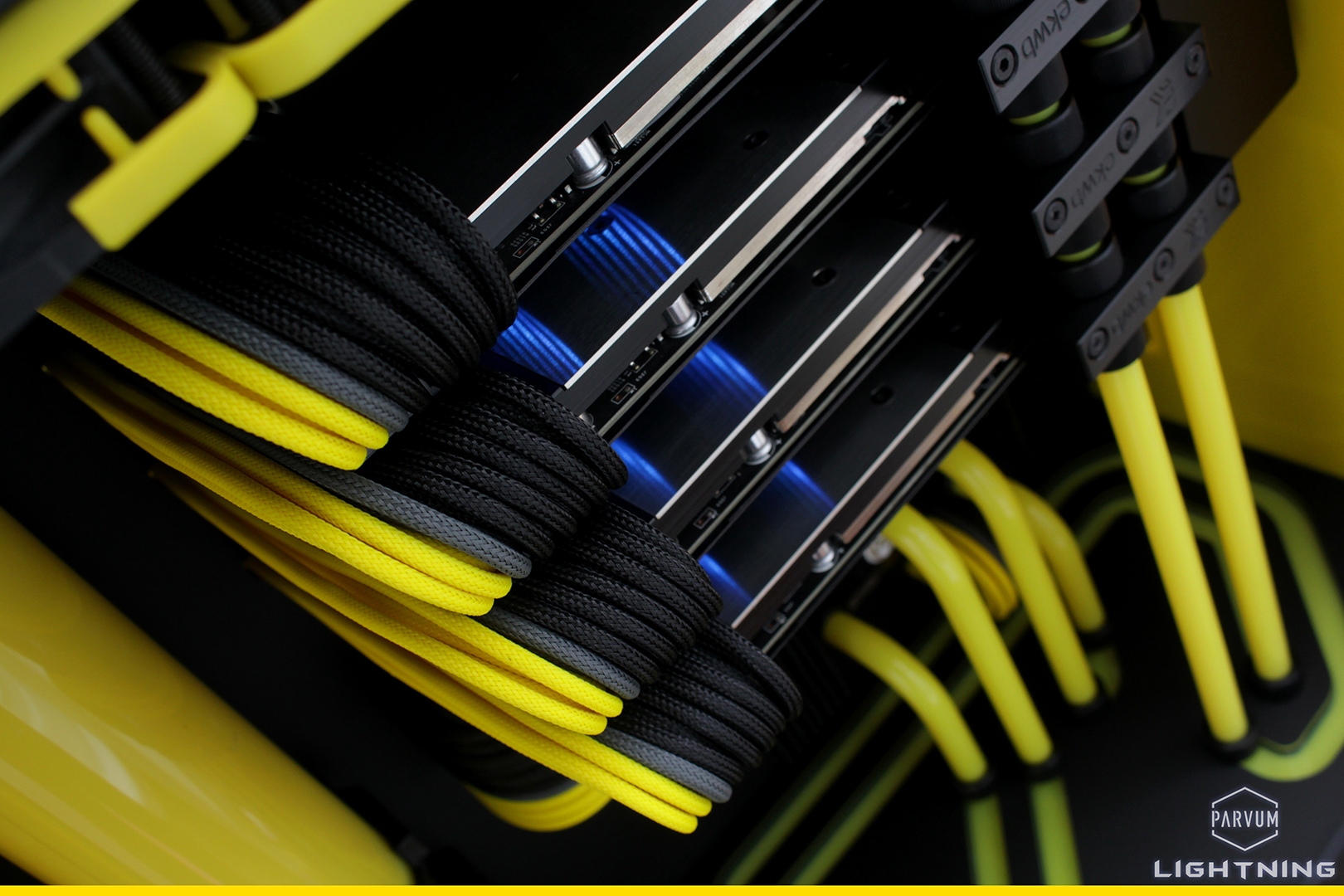 Do you have a ‘signature look’ for your mods?

Not intentionally. I always try to react to my previous work in some way. If I’ve done or used something repetitively then I try to find a different solution just to diversify my skills and experience. I’m heading in two directions also, one pushing the boundaries of water-cooling integration and the other a far simpler pursuit of colour, simplicity, and not always form factor but definitely utilising all available space. Some signature traits would be flowing cables, not hiding any part of the build and removing anything that isn't entirely needed. Often power switches are just not necessary. 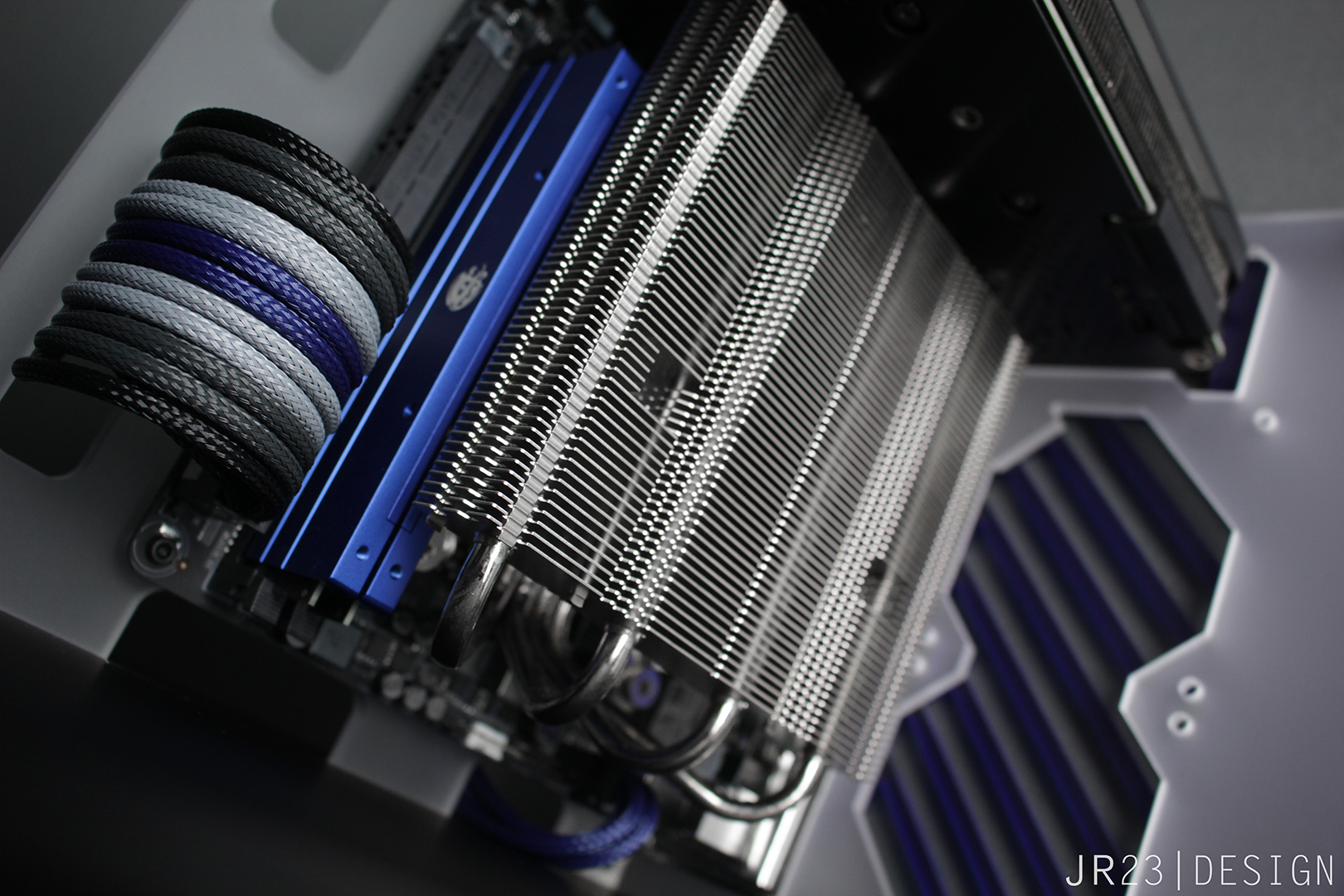 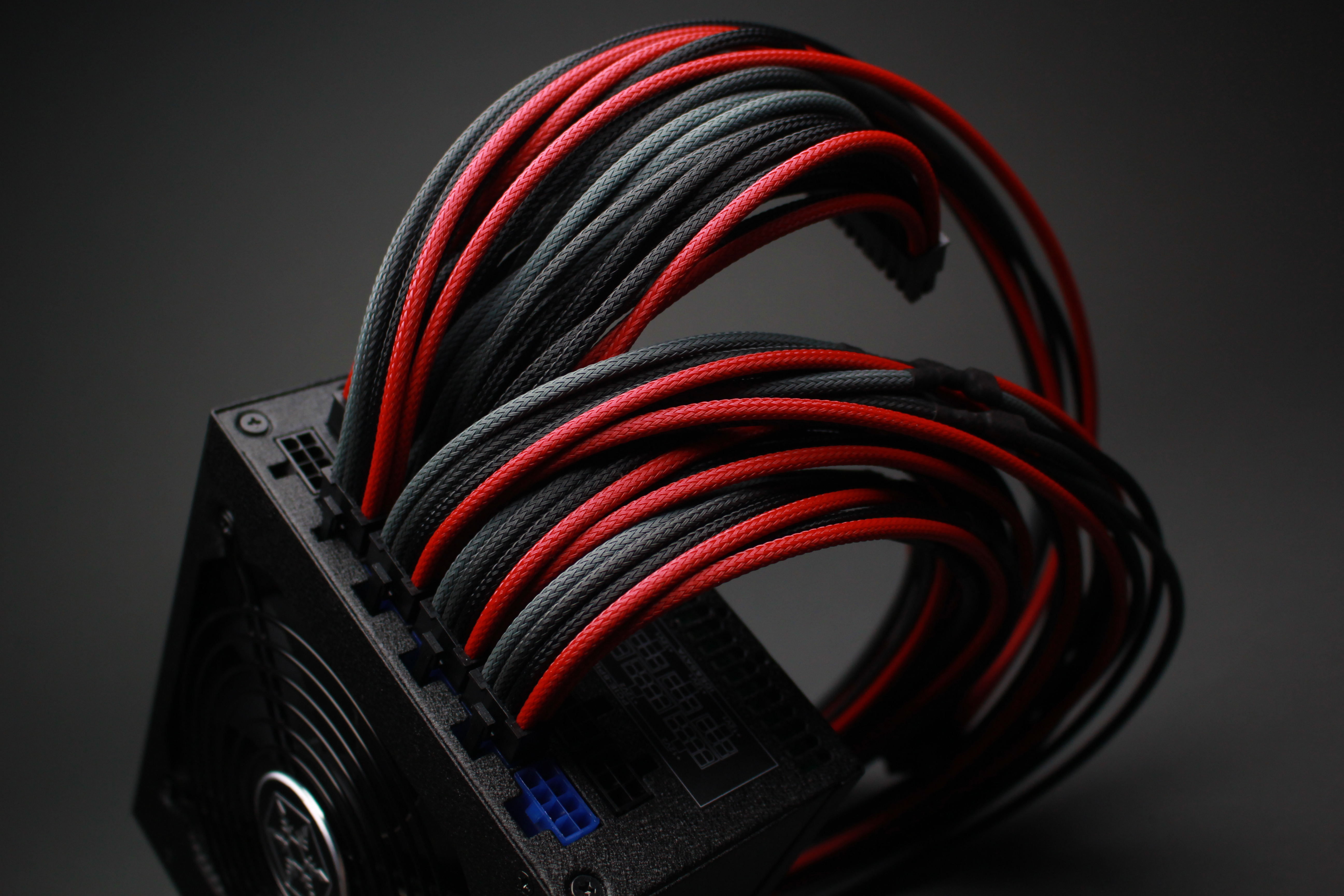 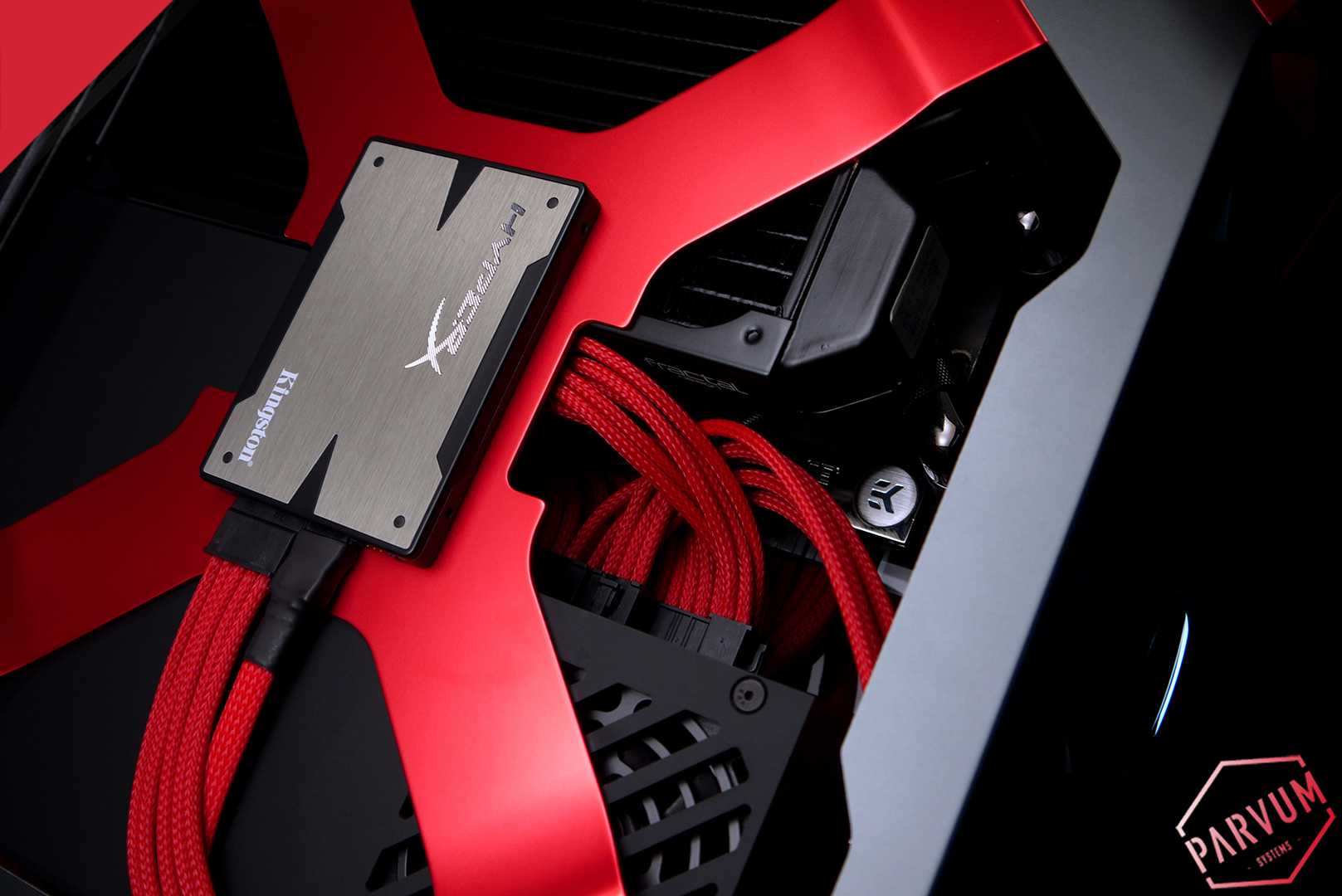 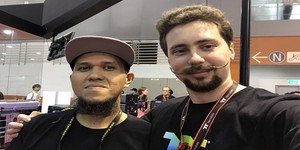 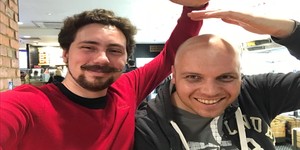 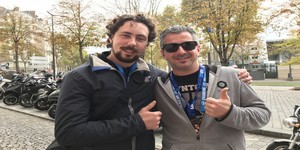