Xerox has set its sights on search giants Google and Yahoo! after filing suits against the companies alleging patent infringement.

As reported over on ARN, the company - which pioneered many of the technologies used in modern computing in its famous Palo Alto Research Centre - is accusing Google and Yahoo of infringing US Patent No. 6,778,979 and 6,236,994, on a system for automatically generating queries for an information retrieval system and a method and apparatus for the management of information and knowledge within an enterprise environment respectively.

Xerox is accusing Google and Yahoo! of infringing the newer of the two patents - 6,778,979, which was filed in 2001 and granted in 2004 - with their AdWords and Yahoo Search Marketing products, which represent the main source of income for the two companies. A threat to that revenue stream is likely to cause some sleepless nights for executives, and possibly even make the companies more likely to accede to demands for licensing fees from Xerox rather than risk an injunction.

The second accusation is that the earlier patent - 6,236,994, which was filed in 1998 and granted in 2001 - is infringed by the company's maps, video streaming, and shopping comparison services due to their ability to integrated data held in different sources into a single unified interface.

Whilst a lawsuit from someone as big as Xerox is bad news for the two companies, life gets worse for Google: according to V3.co.uk the company is also facing an investigation into anti-competitive behaviour from the European Union following complaints from price comparison site Foundem, lawyer-themed search engine eJustice, and shopping portal Ciao - which is currently owned by Microsoft.

Are you surprised to see Xerox going after two major players in the search engine market this way, or does the company have the right to defend itself against patent infringement? Should the patents have even been granted in the first place? Share your thoughts over in the forums. 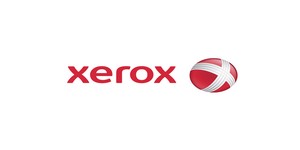