TIGA, the trade association for the UK's games industry, has hit out against plans for the Government to retain tax relief for the film industry while dropping plans to offer similar incentives to the games industry.

The tax incentives, which were to have included tax relief for profitable development houses, assistance with loss reduction for smaller development houses, and the waiving of National Insurance contributions for companies comprising less than ten employees, had been one of TIGA's biggest campaigning successes.

Sadly, a change of government and a global recession put paid to the plans, with Chancellor George Osbourne announcing the cancellation of the plans to general dismay.

Although it's roundly recognised that spending cuts are necessary in this austere age, TIGA has taken exception to the fact that the UK's film industry is to keep its tax relief package while the games industry's is dropped.

Following the Prime Minister's public declaration of commitment to the Film Tax Credit programme in yesterday's Prime Minister's Questions, TIGA head Dr. Richard Wilson stated 'whilst we are pleased that our friends in the film industry will continue to receive sector specific support, we find it extraordinary that the Government continues to oppose introducing Games Tax Relief.'

Wilson went on to explain that 'Richard Harrington MP made clear in his question [to the PM] that a key contributing factor to Warner Brothers’ decision to continue to invest in the UK, and create 600 more jobs in Watford, was the film tax credit,' and argued that 'If the shoe fits for the film industry why does the Government continue to argue it does not for the video games industry?'

Thus far, there has been no response to Wilson's comments from Government officials.

Do you think that it's important for games and films to be treated as equally valid and worthy of such endeavours as tax relief programmes to encourage UK investment, or is it right that films are treated as superior by the Government? Share your thoughts over in the forums. 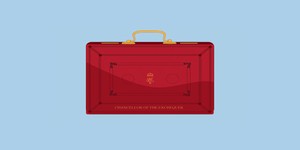