If you have a tendency to print out a lot of information which you only need temporarily, the PrePeat printer might be just what you need.

As reported over on Engadget, the PrePeat from Sanwa Newtec uses PET plastic sheets rather than traditional paper, on to which a temporary image can be transferred by the application of heat - in black only for now. Once you're done with your printout, simply feed it back into the printer and it'll erase the image and replace it with a new one.

Unlike a traditional printer, the PrePeat doesn't require toner or ink, and the individual sheets are reusable up to 1,000 times before they refuse to take an image. While still in the early stages, the technology holds promise for offices where lots of printouts are required for meetings only for the paper to end up in the shredder in short order.

This isn't the first time somebody has thought of the idea of reusable paper: Harry Harrison and Marvin Minsky came up with the idea of an Eternitree printer which worked along the same principles back in 1992 in their collaborative speculative fiction work The Turing Option. However, the PrePeat is the first commercially available printer to work along the principle of reusable 'paper.'

Interestingly, the plastic nature of the sheets used in the PrePeat printer mean they are naturally waterproof - meaning that the issue of safely reading e-books in the bath might have finally been resolved.

A video of the unit in action, made by DigInfo.tv, can be found on YouTube.

Can you see a use for temporary printouts, or does the cost need to come down before you'd be interested? Share your thoughts over in the forums. 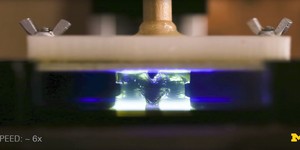 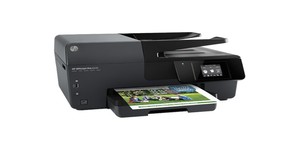