If you're looking forward to the next generation of ultra-fast solid state storage but are worried that the clunky old 3Gb/s SATA interface is getting too long in the tooth to keep up, fear not: the finishing touches have been put in place in the SATA Revision 3.0 Specification.

The Serial ATA International Organisation – also known as SATA-IO, and representing a consortium of companies behind the popular interconnection specification – has officially launched a final version of the next-generation SATA specification. In a press release – via Engadget – SATA-IO president Knut Grimsrud claimed the finalised spec would allow members to “design for their customers' products with the speed they crave, without compromising the quality and performance they've come to expect from SATA technology.”

Fully backwards compatible with existing SATA 3.0Gb/s and SATA 1.5Gb/s drives, the new implementation promises throughput of up to 6Gb/s – twice that afforded by the current SATA specification. This additional bandwidth, along with a new streaming command added to the Native Command Queuing technology to allow improved isochronous data transfers for multimedia playback, should keep even the fastest solid-state disk ticking over.

The news is good for laptop users, too, with the power management facilities of the specification getting an overhaul and a newly designed LIF connector to shrink 1.8” drives still further.

A finalised specification does not a commercial product make, of course – and it may well be a while before we start seeing the first drives offering SATA 6Gb/s connectivity on the market; still longer until motherboards sporting SATA 6Gb/s chipsets appear for sensible money. So far no companies have officially announced a launch schedule, although this is likely to change after the group demonstrates what it describes as “several product implementations of SATA 6Gb/s technology” at Computex Taipei next month.

Are you looking forward to getting your 6Gb/s schwerve on, or does storage technology in general need to improve before we can make use of the extra bandwidth on offer? Share your thoughts over in the forums. 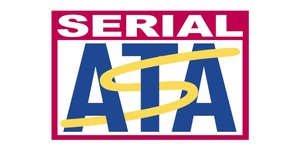