Patent portfolio house Rambus has announced that it has acquired the privately-held Unity Semiconductor lock, stock and barrel for $35 million in cash. The reason: a NAND flash replacement technology dubbed CMOx.

'At Rambus, we are creating disruptive technologies to enable future electronics products,' claimed Sharon Holt, the general manager for semiconductors at Rambus. 'With the addition of Unity, we can develop non-volatile memory solutions that will advance semiconductor scaling beyond the limits of today's NAND technology. This will enable new memory architectures that help meet ever-increasing consumer demands.'

A CMOx cell is a two-layer structure comprised of a conductive metal oxide and a second insulating metal oxide. Both layers have crystal structures designed to allow them to selectively trap and release oxygen ions. When a cell is blank, the oxygen ions live in the conductive layer; when programmed, they move to the insulating layer.

Unity claims that CMOx prototypes have been tested to tens of thousands of write-erase cycles with no loss of performance, In addition, it claims that cell current can be customised in order to create multi-level architectures equivalent to today's MLC-based NAND flash.

Finally, CMOx is claimed to be significantly simpler to produce and implement compared to NAND flash. Where NAND has three terminals - source, drain and gate - CMOx has just two electrodes.

Although the technology has yet to make it to market, it's already turning heads. Towards the end of last year company co-founder and chief operating officer Christophe Chevallier presented a paper on CMOx to the CEATEC Silicon Storage Symposium in Tokyo. As a result of his convincing performance, memory giant Micron signed a deal to jointly develop commercialised versions of CMOx cells.

Rambus, for its part, gains a portfolio of some 147 patents. Should CMOx prove to be the scalable successor to NAND flash which Unity clearly believes it is, those will be worth their weight in licensing fees.

Do you think Rambus has made a sound investment, or does an oxygen-based storage system sound too wacky to ever make it into mainstream devices? Share your thoughts over in the forums. 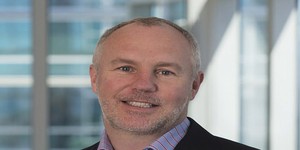 Unity co-founder Nicholas Francis has left the company in order to pursue his own creative projects.