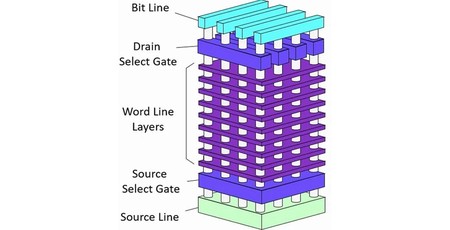 At the Flash Memory Summit 2020 a startup by the name of Neo Semiconductor has been awarded a Best of Show Award for its innovations in flash memory. It boasted that it could describe the "future architecture of 3D NAND" which it calls X-NAND. Neo Semi's claim is that the application of its technology "results in QLC NAND with read/write performance comparable to SLC NAND".

Having faster storage with greater affordability isn't just an attractive goal for PC gamers and enthusiasts. Neo Semi says that its high-speed, low-cost solution will be a boon to emerging applications such as AI/ML, 5G, real-time analysis, VR/AR, and cyber security. Neo Semi notes that as flash NAND memory has progressed in capacity and affordability from SLC to QLC, speeds have "become significantly slower". The current state of play is that QLC is too slow for some applications that require high-speed storage access, says the firm. Some companies have tried to address the problem by employing DRAM and SLC caches. Neo Semi's technology, dubbed X-NAND, takes a different approach. X-NAND increases parallelism at the chip level to significantly speed up QLC NAND. Normally this would mean a significant increase in chip size but with X-NAND the architecture has been designed such that "a page buffer can read / write several bit lines at the same time".

The technology sounds attractive but unfortunately Neo Semi doesn't have a working prototype chip to demonstrate to investors at this time. In order to move from plausible theory to practicality the startup is looking for a development partner(s). Neo Semi says it won't be difficult for existing NAND manufacturers to implement its patented designs in existing processes. Hopefully the attention it has gained at the Flash Memory Summit means that its designs and technologies will bear fruit.