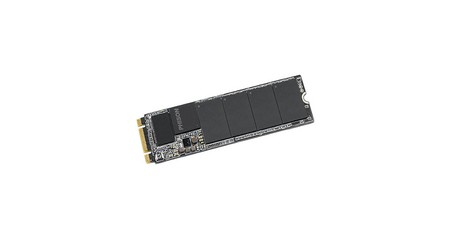 Based on Toshiba's BiCS3 3D triple-level cell (TLC) NAND flash memory modules paired with a Phison PS5008-E8 controller, the Lite-on MU X family is set to launch in two sizes: The 128GB model offers an entry point for those looking to speed up a system build on a budget, while the 256GB model offers higher capacity and improved performance. Physically, though, the two are identical, being based on a bare M.2 2280 PCB design connecting to a PCI Express 3.0 (PCIe 3.0) x2 M.2 slot and communicating with the host over the Non Volatile Memory Express 1.2 (NVMe 1.2) standard.

In both cases the drives offer an operating temperature of between 0°C to 70°C, though with 'smart thermal throttling' which reduces performance as the drive reaches the upper limits of its operating temperature. Lite-on is claiming a 1,500,000 hour mean time between failures (MTBF) which translates into a three-year warranty as standard.

The drives will be available in the market soon, Lite-on has confirmed, though the company has not yet provided pricing information. More details are available from the official product page.