Based on an LSI SandForce SF-2281 controller mated to consumer-grade multi-level cell (MLC) NAND flash modules and boasting a SATA III 6.0Gb/s interface to the host machine, ADATA is aiming the XPG SX910 at the enthusiast end of the market with the promise of lessened overprovisioning without sacrificing performance.

According to ADATA's testing, the drive hits speeds of 550MB/s sequential read and 530MB/s sequential write with 50,000 input-output operations per second (IOPS) 4K random read and 85,000 IOPS 4K random write. Those are impressive figures, considering the company has tweaked the SandForce firmware to disable the usual seven per cent overprovisioning - a mechanism for sacrificing drive space to gain performance and longevity - to allow greater access to the capacity of the NAND flash chips on-board.

It's a trick which comes directly from SandForce owner LSI, which recently announced that it would allow OEMs to choose the level of overprovisioning the controller demands of the drive. The - predictable - result: most of LSI's SandForce customers choosing to drop the overprovisioning from 14 per cent to seven per cent - as ADATA has done for the XPG SX910.

Accordingly, the XPG SX910 is to be made available in 128GB, 256GB and 512GB capacities, all of which measure 9.5mm thick - making them suitable for use in laptops as well as desktops. Power draw is given as 0.5W idle and 1.2W active, with a five-year warranty included as standard. A 3.5-inch mounting bracket is also included. 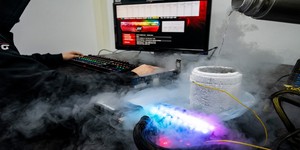 Details of MSI's upcoming Reflex SSDs have leaked ahead of an official announcement.