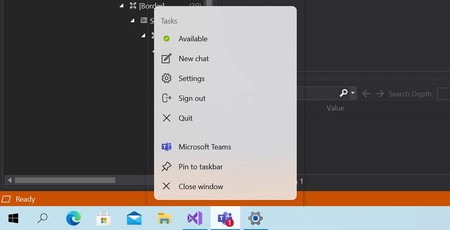 Microsoft published its latest set of financials and during the earnings call revealed that there are now >1.3 billion monthly active devices running Windows 10. It was last March when Windows 10 reached its long-promised target of 1 billion, and adoption looks like it may have accelerated to be at over 1.3 billion active devices a year later.

New and replacement PC purchases have been popular investments over the pandemic. People have preferred more powerful do-it-all style PCs and laptops and this has meant higher ASPs for systems makers and great revenue for Microsoft partners like Lenovo, HP, Asus and so on. Microsoft's own PC hardware – the Surface line generated $1.5 billion in the most recent quarter – up 12 per cent YoY - not a bad result.

Sun Valley peaks through the clouds

With Windows 10 21H2, users are expected to see a UI redesign and revamp which is known as Sun Valley. We have only seen limited design mock-ups at the time of writing, but now there are signs of Sun Valley UI tweaks in the latest Windows Insider builds of the OS.

BetaNews reports that a new Windows 10 build can be tweaked to display floating jump lists. Moreover, the floating UI element features rounded corners – another signature aspect of the design. When Sun Valley is fully unleashed these floating menus / UI elements are rounded corners are expected to be seen widely including in the OS, including probably the Start Menu. Getting the floating rounded corner UI active for jump lists in the latest beta isn't too difficult – you only need to dig around in ShellExperienceHost.exe to toggle 'JumpListRestyledAcrylic' to be visible. Nevertheless, I think I'll wait until H2 to test the full release and see if I can toggle it on or off, if it offends the eye.