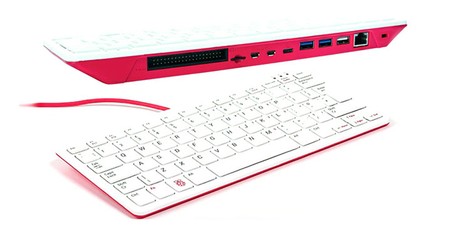 The Raspberry Pi OS (the OS formerly known as Raspian) has received its traditional end of year update. This release has a number of improvements with particular appeal to those who use their RasPi systems for light desktop replacement duties like web browsing, video watching, or video conferencing. So it has been timed well for new users with a Raspberry Pi 400 proudly on their desks. Chromium v64 is present as the default browser in the new Raspberry Pi OS. The developers say it has taken a lot of work to ready, and much of that work was devoted to getting "video hardware acceleration integrated with new releases of the browser". Thanks to this effort, though, it is claimed users will "see good-quality video playback on sites like YouTube," as well as in video stream packed web apps like Google Meet, Microsoft Teams, and Zoom. Last but not least, with regard to the browser, Adobe Flash is included here for the last time ever.

Another major update is that the OS has switched to the Pulse Audio sound server. The move was undertaken as the developers viewed the the Advanced Linux Sound Architecture (ALSA) as showing its age, and it was particularly bad with Bluetooth audio. Apps covering tasks like video conferencing sessions are now said to be much easier and more reliable to use thanks to Pulse Audio. It is hoped that users won't notice this background change but things will just work better.

More work has been put into the Raspberry Pi OS to get features such as printing working more smoothly, and improvements to accessibility features implemented.

Returning to the topic of the Raspberry Pi 400, the updated OS provides new hardware options built-in. Inside the system config tool you can now toggle the status light for power or storage drive activity, and you can use the performance tab to configure the new Raspberry Pi Case Fan (see screenshots above).

Read more on the official Raspberry Pi blog post about this update, which also provides instructions and links for the download.