Non-profit industry consortium the Khronos Group has taken to the stage at the SIGGRAPH 2014 conference this week to unveil the latest version of its OpenGL standard: OpenGL 4.5.

Originally designed for professional graphics applications, OpenGL competes with Microsoft's Windows-only DirectX for its share of the graphics market. As a result, the Khronos Group works to add new features to the specification to help tempt programmers into switching - along with the promise, of course, of cross-platform compatibility that DirectX can't match.

The latest release of the specification, unveiled at SIGGRAPH last night, includes numerous new features without sacrificing backwards compatibility, the Group has claimed. Headline additions to OpenGL 4.5 include: direct state access (DSA), which is claimed to improve efficiency and flexibility in both middleware and applications; flush control, which improves multithreading performance by allowing applications to control the flushing of impending commands before context switching takes place; direct compatibility with the latest OpenGL ES 3.1 API for mobile and embedded platforms, making it easier to develop such applications on desktop systems; and improved robustness, including the prevention of a GPU reset affecting any other running applications.

The new release also comes with several features designed to emulate DirectX 11, which the Group claims will make it easier for developers to port their software from Microsoft's proprietary API to OpenGL and vice-versa.

At the same event, the Khronos Group called for participation in a project it hopes will help define the future of OpenGL. The company has called for companies to become members in order to have input on what it claims will be a new design from the ground up, built to include such new facilities as direct application control over CPU and GPU workloads, native multithreading-friendly API calls with massively reduced overhead, a common intermediate language for shaders, and a strengthened ecosystem with the requirement for rigorous conformance testing before hardware and software can claim to be OpenGL compatible.

The Khronos Group has not yet indicated a timescale for development of the new ground-up specification, but has claimed that 'fast-paced work on detailed proposals and designs are already underway.' 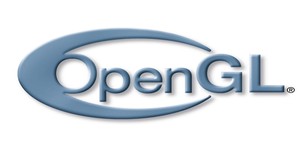