Mozilla has announced that it is extending its multi-process improvements to the Firefox browser, shifting from a whitelist to a blacklist extension model to maximise the number of users covered automatically.

Traditionally, a web browser like Firefox runs everything under a single master process. While this made sense in the days of single-core processors, today's multi-core and multi-threaded environments mean that programs capable of spreading their workloads across multiple threads can benefit from a considerable performance boost. Firefox 48 was the first version of Mozilla's open-source Firefox browser to boast multi-process functionality for a small number of users, later increasing availability to 50 percent of the installed user base. The result, Mozilla claims: a 400 percent increase in responsiveness and 700 percent improvement in page load performance.

The initial build of multi-process Firefox, however, was incompatible with the majority of add-ons and extensions - one of the major reasons for picking the Firefox browser in the first place. In Firefox 50, the latest stable release, Mozilla broadened the set of tested and verified extensions; now the company has confirmed that Firefox 51 is set to be the first version to switch the compatibility whitelist for a blacklist, allowing Firefox to operate in multi-process mode by default and only falling back to single-process mode when a known-incompatible extension is found.

In the same announcement, Mozilla's Asa Dotzler has outlined plans to further improve the multi-process mode in both its performance and security. 'The first of those longer term multi-process features is to go from one content process to multiple content processes. The goal is to bring out the most from the multi process architecture, gain performance where it’s possible and minimise the impact of content process crashes,' Dotzler wrote. 'The second long term multi-process feature is security sandboxing. Security Sandboxing makes use of child processes as a security boundary.'

Those eager to try out the new multi-process features can begin with installing the bleeding-edge Nightly build of Firefox, which includes early support for a second content process. 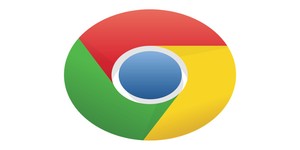