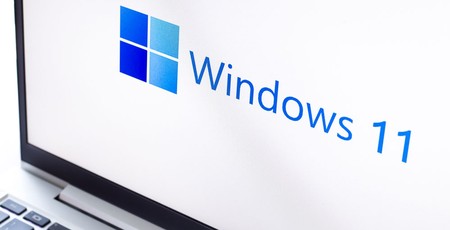 Microsoft has decided that it will let enthusiasts install the final version of Windows 11 (ISO) on 'unsupported PCs'. That sounds quite clear-cut, but there remain some provisos, and there is a pretty big gotcha too.

On Friday, Microsoft blogged about the minimum requirements for using Windows 11 (again) and mentioned that it had prepared a new updated version of the PC Health Check app to tie in with the latest minimum requirements and advice. At the same time, reports started to be published about Microsoft allowing users of 'unsupported PCs' to install and run the final release version of Windows 11 too. Most Kaby Lake CPUs to remain unsupported in Windows 11

PCWorld received some clarification from Microsoft about the 'unsupported PCs' information. Such a PC must be equipped with a 1GHz of faster 64-bit dual-core CPU, 4GB of memory, 64GB of storage, UEFI secure boot, graphics requirements and TPM 2.0. If your system ticks all those boxes but has an older processor like an Intel Skylake or AMD Ryzen 1000 series CPU (for example) we now know you can install Windows 11 from the final ISO when that is released.

So far, so good (news) for users of older but capable PC systems, but brace yourself for a sizable gotcha. On your 'unsupported PC' which you have managed to install Windows 11 on via the media creation tool ISO file, you "won’t be entitled to receive updates via Windows Update," reports PC World, based on some extra info it received from Microsoft on Friday evening. Thus, unsupported Windows PCs might not get security and driver updates.

It is hard to imagine someone running a modern OS for weeks / months without security and driver updates in our connected malware ridden world, so unless there is another way opened up for getting/installing Win 11 updates, this 'unsupported' PC loophole doesn't sound very useful.

Windows 11 will only start rolling out as updates for existing users from Q1 2022 (new PCs with Win 11 should launch in October), so there is plenty more time for Microsoft to clarify and make the 'unsupported PC' proposition more workable. If it doesn't, Windows 10 will remain supported until at least October 2025, by which time your older Intel or AMD system may truly be ready to be retired. Last but not least, Microsoft's official blog posted noted that the following processors has been added to the official compatibility list for Windows 11: Intel Core X, Xeon W, and Core 7820HQ (Microsoft Surface Studio 2). Its close study of first gen AMD Zen processors didn't result in any being lifted into the supported category.