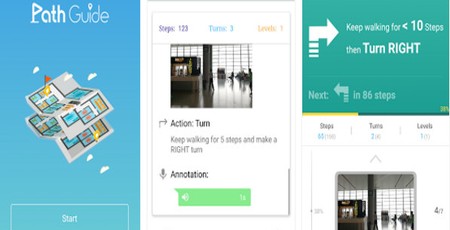 Microsoft Research has released details of what is positioned as a breakthrough for indoor navigation at as low a cost as possible: Path Guide.

The invention of the handheld, battery-powered global positioning system (GPS) receiver, and later its integration into smartphones, revolutionised navigation. From aeroplanes and cars to cyclists and walkers, it's now possible to get turn-by-turn directions from almost any point on Earth to any other point. The only trouble with GPS and its related national equivalents like Galileo and GLONASS: As the technologies are satellite-based, if you don't have a clear view of the sky, you're out of luck. In other words: GPS is great for navigating outdoors and completely useless for navigating indoors.

Indoor navigation is a problem companies have been working to solve for years for a variety of reasons. Accurate indoor navigation systems can increase foot-flow and reduce staffing costs at sporting and entertainment venues by guiding visitors to their seats or the facilities, helping people find what they need in supermarkets, and helping those with various disabilities lead independent lives. Sadly, the problem has proven difficult to crack. In 2008, Nokia announced an indoor navigation system it claimed would be easy to roll out, but the technology never made it past small-scale trial rollouts. Google thought its Project Tango depth-sensing smartphone might be a potential answer in 2014, but again the technology never caught on.

Microsoft's solution, though, has several advantages over the competition, beginning with doing away with the need for expensive 3D map production or specialist hardware. 'After generations of upgrades, mobile phones today have an increasing variety of sensors, such as accelerometers, gyroscopes, electronic compasses, barometers, etc.,' explained researchers Yuanchao Shu and Börje Karlsson, Sr., in their joint blog post. 'Based on our previous research on making the most of such smartphone sensors and in using sensor data for indoor navigation, we decided to switch approaches. Instead of doing positioning first, why not focus only on navigation, as that’s our goal? Experiments have determined that the indoor geomagnetic field is disturbed by building structures, and that it is relatively stable inside buildings. This gave us the idea of creating an indoor navigation system based on the magnetic sensor data gathered from different locations, while leveraging the other phone sensors to support real time navigation instructions.'

By using detection of the Earth's magnetic field and its disruption by the building, the team's indoor navigation system doesn't require any hardware to be installed - meaning it can be used in any building at any time. Rather than professionally-made maps, the system works by having a 'guide leader' walk a route and record the details for playback by other Path Guide users. 'In more open areas, like shopping malls, any person or even shop owners can act as "guide leader" and share path traces from multiple locations (e.g., different entrances) to get to a certain destination, such as a relatively hidden restaurant or a clothing store,' the pair explain. 'Users of Path Guide can also record a trace and follow it backwards to its starting point. For instance, in an unfamiliar garage, you can record a trace from your parking spot to the elevator, and later follow it in reverse to find your car.'

While admitting that Path Guide is a research project which 'still has rough edges,' the team has made the project's Android app available for free download from the official website and encourages experimentation. 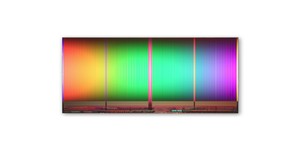 High-end device for developers only.