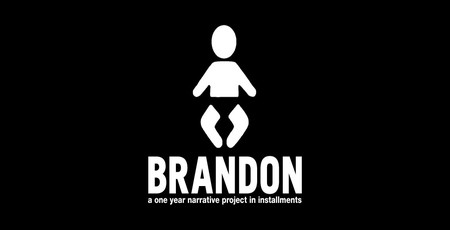 The restoration and preservation of artwork is a well-understood field of study: It doesn't take an expert to understand that physical materials degrade over time, and need care and treatment to preserve them for future generations to enjoy. Digital artwork, though, is all-too often overlooked - which has led to the loss of various pieces of computer-based art over the years.

It's here, in the crossover between the worlds of computation and art, that the Guggenheim Museum and New York University's Courant Institute of Mathematical Sciences have been working on a project, begun back in 2014 and formalised in 2016 as the Conserving Computer-Based Art (CCBA) initiative, to help preserve electronic artworks in much the same way as their physical equivalents.

'The principles of art conservation for traditional works of art can be applied to decision-making in conservation of software- and computer-based works of art with respect to programming language selection, programming techniques, documentation, and other aspects of software remediation during restoration,' explains Professor Deena Engel, who has been working on the project since its inception. 'As part of conserving contemporary art, conservators are faced with new challenges as artists use current technology as media for their artworks. If you think of a word processing document that you wrote 10 years ago, can you still open it and read or print it? Software-based art can be very complex. Museums are tasked with conserving and exhibiting works of art in perpetuity. It is important that museums and collectors learn to care for these vulnerable and important works in contemporary art so that future generations can enjoy them.'

Engel and her team have had two key successes so far: restoring Shu Lea Cheang's Brandon, a 1998 piece which was the first web-based artwork acquired by the museum and which had begun to fail in recent years with specific pages disappearing, external links breaking, and selected text and image animations failing in modern browsers; and restoring John F. Simon Jr.'s Unfolding Object, created in 2002 using a now-obsolete flavour of JavaScript to allow visitors to create unique artwork online by unfolding a two-dimensional virtual object click-by-click to create a new shape. The CCBA is now working on similar restorations and preservations for 22 computer-based artworks in the Guggenheim collection, including Mark Napier's net.flag, with support from the Carl & Marilynn Thoma Art Foundation, the New York State Council on the Arts with the support of Governor Andrew Cuomo and the New York State Legislature, Christie's, and Josh Elkes.

The Guggenheim isn't the only museum to be investigating preservation and restoration of digital artefacts, either: In 2017 the Museum of Digital Art and Entertainment announced Neohabitat, an effort to bring back Lucasfilm's surprisingly advanced 1986 social massively multiplayer online (MMO) game using emulator software in place of the original Commodore 64 hardware required to connect.