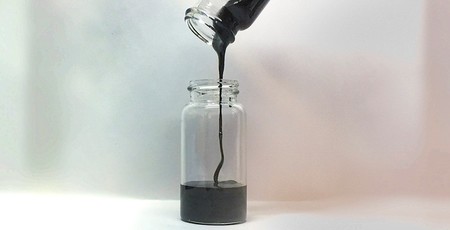 Researchers from Carnegie Mellon University claim to have made a breakthrough in battery design: A semi-liquid metal-based anode which could boost the capacity and safety of future lithium-based batteries.

The modern trend for carrying what would have been a room-filling supercomputer just a few short years ago in a trouser pocket has led to considerable interest in improving battery technology - either to make portable devices thinner while offering the same battery life, to make them the same size but with improved battery life, or to improve their safety in order to avoid dangerous failures such as those that plagued Samsung's Galaxy Note 7 smartphones.

Researchers at Carnegie Mellon University claim that their latest creation - a semi-liquid metal-based anode for lithium batteries - can help with all three, doing away with the risk of dendrite growth that allows ageing batteries to short-circuit as they pierce the membrane separating the anode and cathode while simultaneously boosting energy capacity.

'Incorporating a metallic lithium anode into lithium-ion batteries has the theoretical potential to create a battery with much more capacity than a battery with a graphite anode,' explains Professor Krzysztof Matyjaszewski. 'But, the most important thing we need to do is make sure that the battery we create is safe.'

Developed by doctoral students Sipei Li and Han Wang, the solution is a dual-conductive polymer-carbon composite matrix with lithium microparticles sprinkled evenly throughout. Unlike solid anodes and cathodes, the matrix remains semi-liquid at room temperature, and when combined with a garnet-based solid ceramic electrolyte created a battery cycling at ten times the current density of traditional lithium batteries while also boosting its longevity.

'This new processing route leads to a lithium metal-based battery anode that is flowable and has very appealing safety and performance compared to ordinary lithium metal,' claims Professor Jay Whitacre. 'Implementing new material like this could lead to step change in lithium-based rechargeable batteries, and we are working hard to see how this works in a range of battery architectures.'

The team has not offered a timescale for commercialisation, but has published its work in the journal Joule. 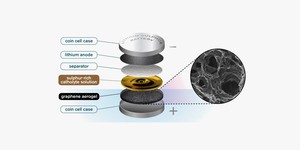