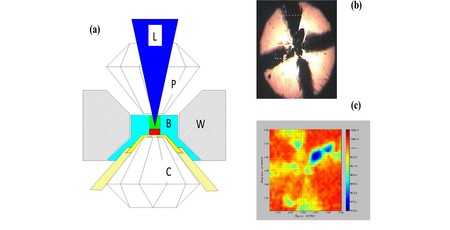 Researchers at George Washington University, Carnegie Institution, and Argonne National Laboratory have announced a major step forward in the search for room-temperature superconductivity - though only by swapping extreme temperatures for extreme pressure.

Superconductivity is, effectively, the Holy Grail of physics: Without the usual losses from electrical resistance, devices built from superconducting materials - from computers to national electrical grids - would operate at incredible efficiencies. Unfortunately, while there's little shortage of superconducting materials available, they all share one slight drawback: the requirement to be chilled to near-absolute-zero, -273.15°C, to maintain their superconductivity. It's a similar problem as experienced by researchers seeking single-molecule magnets for data storage purposes, where the ability to operate at the 'high temperature' of just -196°C is considered a notable breakthrough.

A team of researchers claims to have made significant progress towards room-temperature superconductors, however, with the development of a material which retains its superconductivity all the way up to -13°C - as close to real-world room temperature as  has ever been achieved, and a considerable improvement on the previous efforts to warm things above -180°C. There's just one small catch: The material trades the need to be held at very low temperatures for the need to be held at very high pressures of around two million atmospheres.

'Superconductivity is perhaps one of the last great frontiers of scientific discovery that can transcend to everyday technological applications,' explains associate research professor Maddury Somayazulu of the team's findings. 'Room temperature superconductivity has been the proverbial "holy grail" waiting to be found, and achieving it - albeit at two million atmospheres - is a paradigm-changing moment in the history of science.'

'We believe this is the beginning of a new era of superconductivity,' concurs Russell Hemley, research professor. 'We have examined just one chemical system - the rare earth La plus hydrogen. There are additional structures in this system, but more significantly, there are many other hydrogen-rich materials like these with different chemical compositions to explore. We are confident many other hydrides - or superhydrides - will be found with even higher transition temperatures under pressure.'

The team's work took diamond anvil cells and used them to squeeze together tiny samples of lanthanum and hydrogen, which were then heated while any changes in their structure were observed. The result: LaH10, which when maintained at high pressures exhibited superconductivity when cooled down to the impressively warm temperature of -13°C - with subsequent testing revealing it could be coaxed into at least temporary superconductivity at temperatures as high as 6.85°C.

The team's work won't be leaving the lab just yet, though: The researchers have indicated that they hope to 'develop a deeper understanding of the underlying physics of superconductors in order to understand its numerous practical applications'. In the meantime, the research has been published in the Physical Review Letters journal as 'Evidence for Superconductivity above 260 K in Lanthanum Superhydride at Megabar Pressures,' which is available for open access via arXiv.org (PDF warning). 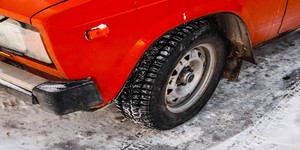 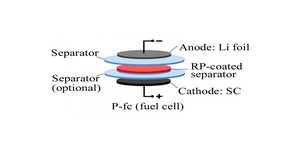