Xbox Wireless Headset arrives for Xbox and PCs next month 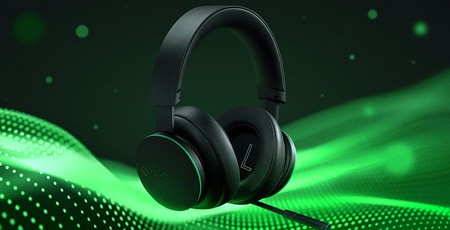 Microsoft has announced a new headset for current gen Xbox consoles and Windows 10 PCs. The new headset connects wirelessly and has some neat features for comfort, ease of use, audio quality, and fitting into your gaming life.

Above you can see the Xbox Wireless Headset launch trailer which calls out various feature highlights. The first thing of note is the design. Microsoft has created a slick black understated gaming accessory here. It is designed for comfort with its large soft ear cups and light weight (it is 312g). For ease of use the ear cups outer edge rotates to adjust volume and game/chat audio balance – this functionality can be swapped around in the software.

The Xbox Wireless Headset's connects via low-latency wireless tech to your Xbox Series X/S and Xbox One but as usual for PCs, you will need the Xbox Wireless adapter for wireless play. Whichever platform you use you can simultaneously pair the headset to your phone for music or chat. Microsoft claims a 15-hour battery life for the new headset from 3 hours of charging (while not in use). Users can get a useful four hours play from a quick 30 minutes charge. A USB Type-C cable is in the box for charging or PC wired connectivity.

The Xbox Wireless Headset becomes available from 16th March at US$99, UK£89. Both places look like they are out of stock for any more pre-orders at the time of writing.