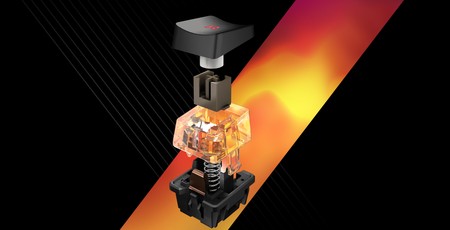 Roccat has revealed that it has entered the custom mechanical keyboard switch game, taking the wraps off the Titan Switch Tactile, its first in-house design.

Although manufactured by TTC, the Titan Switch Tactile is fully designed by Roccat and not a simple reworking of existing switch designs. As the name suggests, the new switch has a tactile action whereby a bump is felt by the user as the switch reaches its actuation point. The action is also silent; there is no audible click when pressing this switch. These characteristics make it most similar to Cherry MX Brown switches and its equivalents from other manufacturers. However, whereas a Cherry MX Brown switch actuates at 2mm and has a total travel of 4mm, the Roccat Titan Switch Tactile cuts these lengths to 1.8mm and 3.6mm respectively with the aim of improving responsiveness. That said, fault tolerance levels and actuation force have not been confirmed.

Another area where Roccat has focused on responsiveness is so-called ‘debounce’, whereby mechanical switches bounce against the electrical contact point repeatedly, potentially registering as multiple presses or not at all, a phenomenon that keyboard firmware mitigates by delaying a read of the signal until it settles. Roccat says it has specifically designed the Titan switch with components that reduce such bouncing, allowing it in turn to program its firmware with less of a delay: ‘It reliably reads the key stroke signal at a much earlier point aftrer actuation, making the Titan switch 20 percent faster than its competitors,’ the official product page reads. Specific time measurements are not provided, however, so quite what the 20 percent translates to remains to be seen, but faster is still faster.

Other features include a reinforced housing said to make the switch sturdier and less wobbly. The plunger is cross-shaped, thus likely making the switches compatible with custom keycaps designed for Cherry MX switches. The housing is also transparent, allowing it to spread the lighting of the integrated ‘long-life’ RGB LED throughout itself. This RGB lighting fully supports Roccat’s Aimo intelligent lighting system, too.

Thus far, no products featuring the Titan Switch Tactile have been announced, but you won’t have to wait long, as a reveal date of Tuesday June 5th has been set, with Roccat set to unveil the new products at Computex 2018. If you can’t make it to Taipei, fear not, as we’ll be on the ground covering all the new releases including this one, so stay tuned!

More information on the Titan Switch Tactile is available on the official website. 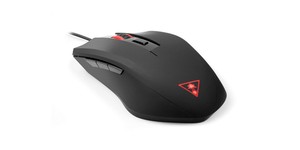