Researchers use Nvidia tech to train AI to train dogs 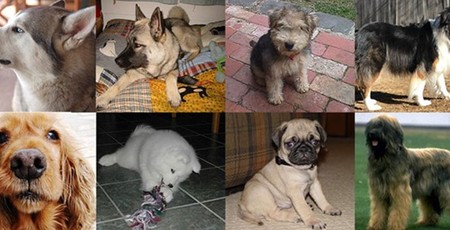 Graduate students at the University of Colorado have been using AI-powered devices to train dogs. Researchers Jason Stock and Tom Cavey have published a paper describing an AI system which can recognise a dog's actions following a command and reward them for following the command.

The research duo used an Nvidia Jetson edge AI platform as the key computing device for putting their research into practice. To start with, the researchers had to train the AI. The Stanford Dogs datasets with more than 20,000 images of dogs in various positions/poses was used to train what qualified as a certain pose. As the next step, according to the Nvidia blog, they refined their model using "features of dogs from ImageNet to enable transfer learning." Later they optimised the AI recognition with post-training techniques. The penultimate training step was to make use of Nvidia's Jetpack SDK. During this step, the TensorRT optimisation libraries offered "significant improvements in speed," asserted Stock. Finally, before deployment and testing the researchers used the university's systems sporting two 24GB Nvidia RTX 6000 GPUs to train the model overnight.

Above you can see the training model working in real time with Henry, Cavey’s Australian Shepherd dog. In brief, the system recognises dog actions following commands and rewards them when it sees a match. The model accuracy in tests was up to 92 per cent and exhibited "an ability to make split-second inference at nearly 40 frames per second. In case you are wondering, the treat for correct response from the dog is released via a connected servo motor in the device. At the time of writing a human is present to issue the commands in person, however the system could be adjusted for remote or computer issued command training.