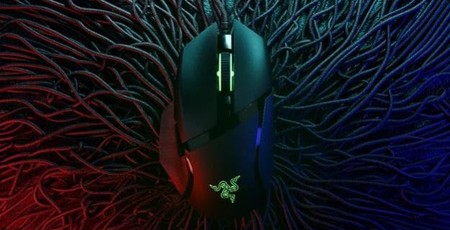 Razer has announced the launch of two new gaming mice: the Razer DeathAdder V2 and the Razer Basilisk V2. Both should be quite attractive to gamers who want to feel they have the edge.

The aggressive sounding Razer DeathAdder V2 has had a few improvements over its predecessor. It now offers Razer's Focus+ optical sensor, along with optical mouse switches, and a Speedflex cable, which is an incredibly fancy term for a more flexible cable than usual. It's also been designed with 'medium to large hands' in mind.

Razer reckons its Focus+ optical sensor offers the highest sensor specifications on the market right now, with 20,000 dpi and up to 650 inches per second accuracy. Razer suggests that means it offers 99.6% resolution accuracy overall. It won't magically improve your Kill:Death ratio but it'll be a good way of reminding yourself that your inferior performance isn't down to the hardware you use.

There's also the addition of optical mouse switches which use infrared light beams to actuate clicks. That should mean no more accidental double-clicks. Predictably, it should be far speedier in terms of response times too. They're also built to last for 70 million clicks although it'll be a while till anyone can prove that theory.

The DeathAdder V2 also has 8 programable buttons that can be customised via the accompanying Razer Synapse 3 software. Just right for when you want to set up some macros and other settings.

The Razer DeathAdder V2 is currently priced at £70.

If you're keen to spend a little more on a mouse, there's the Razer Basilisk V2. It has many of the features of the DeathAdder V2 (including the very exciting Speedflex cable) but it offers 11 programable buttons, a multi-function paddle, and improvements to scroll wheel resistance. There are also improvements to the mouse feet with an aim to make it easier to glide on any surface.

The Razer Basilisk V2 is priced at £80 so, basically, you're paying an extra £10 for more buttons.

Both the Razer DeathAdder V2 and Razer Basilisk V2 are available now. 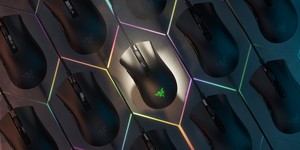 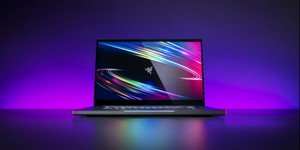 Razer launches a beast of a gaming laptop: the Blade Pro 17 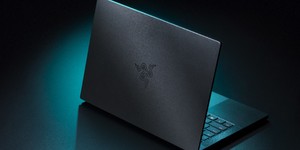 With a rather nice screen to boot