Gaming peripherals maker Razer has announced a new 'tournament-grade' mouse, the Razer Lancehead, which is its first to feature onboard settings storage using what the company calls a 'hybrid on-board and cloud memory' model.

Designed, Razer claims, for tournament use, a key feature of the Lancehead gaming mouse is the company's proprietary 'Adaptive Frequency Technology' (AFT), which the company says reduces lag and improves signal quality over rival spectrum-hopping wireless radios. For those who doubt the company's claims, a wired model is being launched as an alternative to the AFT-equipped wireless model.

Another major feature for the Lancehead comes in the form of support for the as-yet unreleased Razer Synapse Pro beta-status configuration software. Using Razer Synapse Pro, the company claims, settings are stored both on Razer's servers and locally on internal memory within the mouse itself, allowing the settings to move from machine to machine even without an internet connection. The company has not, however, clarified whether initial installation of the Synapse Pro software will still require registration and an active internet connection, nor on exactly what features of the mouse will be available without Synapse Pro installed.

The Lancehead includes a fifth-generation laser-lit optical sensor offering a claimed 16,000 dots per inch (DPI) resolution and 210 inches per second (IPS) tracking speed boosted to 410 on the wired variant with support for acceleration up to 50G. Naturally, both models also include onboard Chroma-compatible RGB LEDs with support for animation and game-reactive effects through the Synapse software. 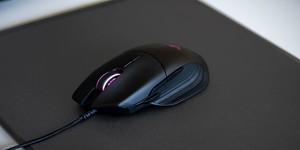 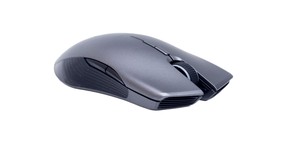 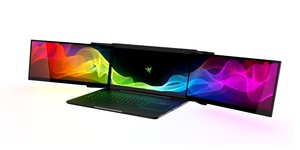