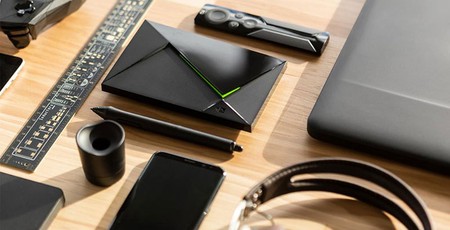 Nvidia has rolled out another update for its Shield TV and Shield TV Pro entertainment set to boxes. The Shield Experience Upgrade 8.2.2 (32.6.509.0) applies to 2015 and 2017 box models and delivers extra functionality, security updates, and bug fixes.

The headlining enhancement in this Android system update is support for the shiny new controllers from both the Sony and Microsoft console gaming worlds. Yes, you can now use a Sony DualSense PlayStation 5 controller or the revamped Microsoft Xbox Wireless controller for Xbox Series X/S with your trusty Shield.

The new controllers pair and work as you might expect – you will find them via the Nvidia Shield's Bluetooth discovery mode, and then confirm pairing with the Sony PlayStation+Share/Clip buttons or Microsoft Xbox Pairing button. You will then be able to play Android native and streamed games with these controllers. Streaming and playing Cyberpunk 2077 via GeForce Now on this box might be a better experience than on the shiny new Microsoft/Sony offerings too…

Another feature addition in Upgrade 8.2.2 is support for Control4 home automation systems. Lastly, you can now disable volume control notifications in settings.

As for bug fixes, there are several fixes for annoying quirks in the system's display, network/storage, audio and accessory functionality – improving stability and compatibility. Updaters will also benefit from the latest in Android security with the Android December 2020 security patch applied in this update.