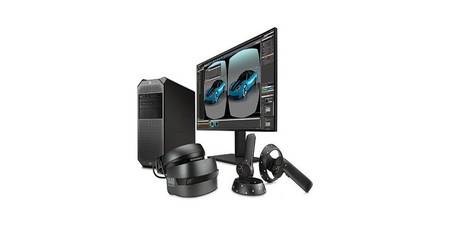 HP has announced that it has faith in the future of the virtual reality market, announcing workstations and a pro-grade Windows Mixed Reality Headset for content creators and industrial uses.

During the company's announcements at the Solidworks World conference this week, HP unveiled a refreshed version of its Z4 workstation built, the company claims, with an eye on virtual reality as well as engineering, simulation, and professional rendering tasks. The hardware refresh sees the platform supporting Intel's Core X processors alongside the Xeon W workstation-targeted family and 'up to two extreme graphics GPUs for disruptive performance and productivity,' while HP is positioning the machines as being perfect for moving from design to simulation to visualisation when paired with suitable VR hardware.

Naturally, HP is also hoping to supply said VR hardware: the HP Windows Mixed Reality Headset Professional Edition. Based around a 1,440 x 1,440 per-eye resolution at a 90Hz refresh rate, the headset includes six degrees of freedom (6DoF) tracking, bundled wireless motion-tracking controllers, easy-to-clean replaceable face cushions, double-padded headband with easy adjustment knob, and front-hinged display. The company has confirmed a US launch of $449 (around £321 excluding taxes) with a view to the first units rolling into the market in March.

To further push VR as the future of content creation and consumption, HP also announced the VR Launch Kit for Unreal Engine, which it claims 'was created to accelerate decisions by dramatically streamlining VR development for design visualisation [and] enables users to quickly determine optimal computer configurations, save days in VR preparation with Datasmith which automates the optimisation of 3D engineering assets for Unreal's development environment, and turnkey common interactions including parts explosion and model cross-sections.' At the same time, the company announced a Device as a Service (DaaS) model to provide companies with VR setups.

'The revamped Z4 workstation, along with our latest HP Windows Mixed Reality Headset and new customer-friendly VR solutions and services, will transform the way products across industries are developed,' claims Xavier Garcia, vice president and general manager for Z Workstations, at HP. 'Over the past year, HP has launched the world's most powerful workstation, the most powerful detachable PC, and the first-ever professional VR backpack. Today's news reflects our focus on continuously raising the bar with a portfolio of workstations and VR capabilities that will enable amazing new experiences and define the future of computing.' 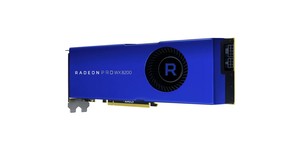 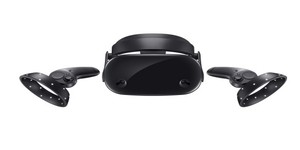