The Raspberry Pi Foundation has entered its fourth year in style, with the release of the Raspberry Pi 3 Model B - the first single-board computer in the family to boast a 64-bit processor and built-in Wi-Fi and Bluetooth radios.

Popular in hobbyist and education circles thanks to a strong community and the low cost of the hardware, the Raspberry Pi family has never been known for its high performance. The original Raspberry Pi Model B used an even-at-the-time outdated Broadcom BCM2835 system-on-chip (SoC), originally designed for multimedia set-top boxes and long obsolete, with a single ARMv6 core running at 700MHz. The Raspberry Pi 2 introduced the first SoC built specifically for the project, the BCM2836, which moved to four cores and ARMv7 support - meaning it was finally able to boot operating systems like Windows 10 IoT and Ubuntu Snappy Core.

Now, the Raspberry Pi gets its second semi-custom SoC: the Broadcom BCM2837. Ditching the ARMv7 of its predecessor, the chip is based around four of ARM's Cortex-A53 ARMv8 cores running at 1.2GHz. In raw terms, this means somewhere in the region of a doubling of performance over the Raspberry Pi 2 - which was already some four to six times faster than the original Pi - though at present the cores are being run entirely in 32-bit mode using code compiled for the ARMv6 instruction set architecture, meaning there's room for improvement should a 64-bit native operating system emerge for the platform.

The SoC is only part of the story, however. A bigger headline-grabber is the inclusion of on-board wireless networking, something after which the Raspberry Pi community has been clamouring since the original launch four years ago. Based on the Broadcom BCM43438 radio module, the Pi 3's connectivity gets boosted by 2.4GHz-only 802.11bgn Wi-Fi networking, Bluetooth 4.1 Classic, and Bluetooth Low Energy (BLE). Sadly for those hoping for a change in wired connectivity, though, the 10/100 Ethernet port still passes through a combined USB-to-Ethernet and USB hub chip on its way to the SoC, sharing a single USB channel with the four on-board USB ports.

In an interview with The MagPi, project co-founder Eben Upton also confirmed an exclusive new feature for the Pi 3: the ability to boot directly from a connected USB Mass Storage device or over the network via PXE. Where previous Pi models require a micro-SD card to boot, the new BCM2837 will be able to operate without one - though the software to support this has not yet been written.

Aspects of the device which have not changed include compatibility - the Cortex-A53 cores are happy to run ARMv7 or ARMv6 code in addition to 64-bit ARMv8, and the GPIO header pin-out is unchanged - and the amount of memory, which is the same 1GB found on the Raspberry Pi 2 - a blow to those who find themselves running out of RAM in their projects.

The Raspberry Pi 3 Model B is available now, priced around the £30 from the usual retailers. The Foundation has also confirmed that a Pi 3 Compute Module and a Pi 3 Model A are planned for release later this year, featuring the same 64-bit BCM2837 SoC.

Designed for, but not exclusive to, the Pi Zero. 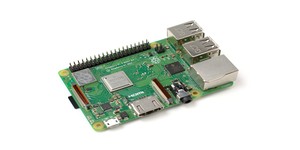 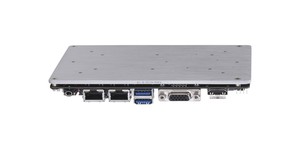 Aims at the industrial market.