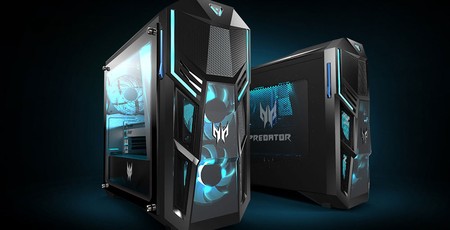 If you are among the throng of Bit-Tech readers currently dissatisfied, or even disgruntled, by component availability for the PC DIY market, I'm pleased to report there are some pretty positive noises coming out of Acer. Admittedly Acer isn't an AMD or Nvidia partner like Asus, Gigabyte or MSI – making PC components for PC DIYers - but it does require lots of parts from these companies to make its own ranges of PCs and laptops for various markets – including Predator branded mobile and desktop gaming PCs. Remember, Acer is the 5th largest PC vendor in the world. On Tuesday, Andrew Hou, Acer's president for Pan-Asia Pacific Operations, told reporters in Taipei that supply chain players had "jumped into action" to address shortages sometime in Q4 last year. Hou reckons the dividends of the extra efforts will start to appear soon, as we enter into Q2 2021. Better supplies are expected for the current quarter than what were seen in Q1 this year. Moreover, Hou seemed positive that the stream of supplies would accelerate into H2, "That's what we are seeing at the moment," he added.

Mid-range consumer products will particularly benefit from the supply chain reaction, according to the Reuters report. We can't specifically see any PC components mentioned by Reuters, or Acer, but the gist is that mid-range modern CPUs and GPUs will start becoming more plentiful. This is a particularly good piece of news as these parts are usually the bulk sellers and provide the majority of the CPU and GPU generational uplift benefits, to a majority of users, at a good band for buck ratio.

At the time of writing it doesn't look like we can rely on the collapsing of crypto to specifically make GPUs more affordable, something we saw through 2018, so we must rely on component makers to up their game.