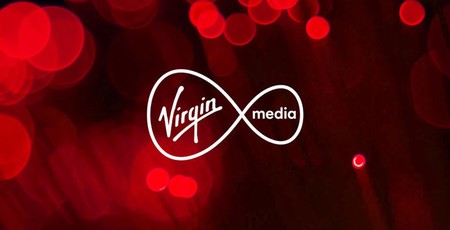 Virgin Media has published a summary of 2020, sharing some interesting figures for its UK broadband and mobile operations. Not surprisingly 2020 has seen record data usage by customers across the board. If the trend wasn't already firmly in this upward direction it was certainly boosted by pandemic-influenced WFH and demand for higher quality streaming movies, and TV shows – as well as PC and console games downloads (games, expansions, and updates) being bigger than ever.

The headline from Virgin is that customers downloaded an extra 2.8GB per day in 2020. In total that means its user-base munched through 26,530 petabytes of data. Considering its most recent data also reveals the busiest ever month – November 2020. Last month users downloaded an average 17.3GB per day. Remember November saw the launch of the Xbox Series X/S consoles, and games like CoD Black Ops Cold War, and AC: Valhalla.

Upload traffic was also beyond a normal yearly increase of about 30 per cent. Virgin said that data uploads increased 64 per cent in 2020, driven by WFH, video calling, and online gaming.

The UK's largest mobile operator, EE, has announced that its 4G network now covers 94 per cent of Great Britain's roads. That figure is said to be 6 per cent better than it’s last placed competitor. Mobile network coverage is all the more important when out and about, of course, so this is a welcome coverage improvement. The firm says it opened 160 new 4G EE sites, contributing to this enhanced coverage, in 2020.

As per our sub headline, EE claims to have 322,000 miles of UK roads covered – or the equivalent of a road the length from Land’s End to John O’Groats more than 500 times over. Network mobile data use typically grows 40 per cent per year so the firm also boosts capacity as well as coverage on an ongoing basis. On the issue of coverage to remote areas, EE noted that its footprint covers nearly two thirds of all national park areas (which tend to be sparsely populated) and it is growing all the time. Moreover, it is working with various parties, including the Scottish government, to bring reliable 4G to rural Scotland for the first time.

Not forgetting about 5G, EE says it now offers 5G services in 112 towns and cities and has doubled its 5G sites in key UK cities in 2020.