The beautifully simple new standard, which is called HDBaseT, is turning to the humble and ubiquitous Ethernet cable to provide a cheap and easy way to pipe HD and 3-D video around your home. We assumed that such a simple and common sense idea would have been dreamt up by an unknown startup company looking for some positive headlines but HDBaseT has been developed by a industry group that includes LG, Samsung, Sony and Valens Semiconductor.

The kind of heavyweight support that such large players can offer is likely to be instrumental in getting the new standard into peoples homes.

We've got to admit we're surprised. Most new A/V standards developed by large industry groups come saddled with the baggage of a proprietary connector, ensuring consumers have to go out and buy an exorbitantly priced cable just to keep up with the latest standards (we're looking at you HDMI). Ethernet cables on the other hand are as cheap as chips and can even be made at home with gear bought down at your local PC World or Maplins. Its a touch of common sense we're unaccustomed to seeing in the technology world.

The standard purportedly allows for cable lengths of up to 328 feet, more than enough for most peoples needs, and will be rolling out at the end of this year if all goes to plan.

A simple, easy and cheap way to connect your A/V system up - does that sound a little too good to be true right now? Let us know your thoughts in the forums. 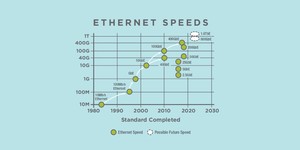 Not quite ready to say when. 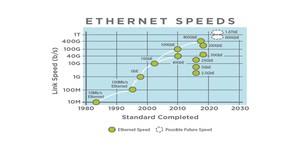