Hopes that Google will bring its high-speed gigabit Google Fiber broadband service to international customers are looking on shaky ground today, with the company reportedly slashing half the staff from the division.

Having captured the overwhelming majority of the western internet user market and having largely failed to make a dent in the eastern market, Google's long-held plan for future growth is simple: if we're already in front of all the internet-connected eyeballs we can be, then let's connect more eyeballs to the internet. Google Fiber [sic] is one of the company's efforts in this direction, offering full-duplex gigabit connectivity at a very low cost and tying it in to as many Google services as possible.

Its roll-out has been slow: despite rumours of international expansion plans, Google has thus far been concentrating on small-scale city-wide launches across the US. Now, any hopes of future growth are rocky thanks to a report in The Information which claims the company is slashing Google Fiber's budget and sacking half its 1,000 staff members.

The report claims that Larry Page has told Access, the Alphabet division publicly known as Google Fiber, that it needs to cut costs and let go of staff. The reason, it is speculated, is due to weak uptake and a desire to concentrate on recently-acquired wireless broadband provision technology - something which would not require the infrastructure commitment, such as digging trenches and laying cable, of a fibre-based roll-out.

Google, Alphabet, and Access have not commented on the claims made in the report, with the official plan still stating that the seven cities currently served by Google Fiber will be joined by five more in the near future. 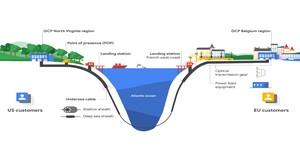