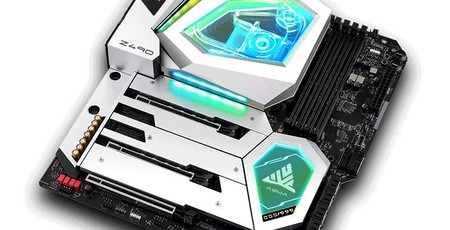 ASRock has unveiled its flagship motherboard, the Z490 Aqua, and it's either gorgeous or hideous, depending on your perspective.

It offers a matte black undershell before complementing that look with some very garish qualities as you can see in the photo. ASRock describes it as a 'metallic armour' which 'highlights the vibrant, techno LED lighting' along with 'simple, refined edges'. Want to take that a step further? ASRock suggests it 'screams I'm a water cooling aficionado and a PC mod enthusiast', something that may make you cringe at the very thought.

Still, there's no denying it's an eye-catching motherboard. As mentioned, it's primed ready for water-cooling too. It includes an aluminium plated copper custom mono block along with all the accessories you need such as hardline water cooling fittings. 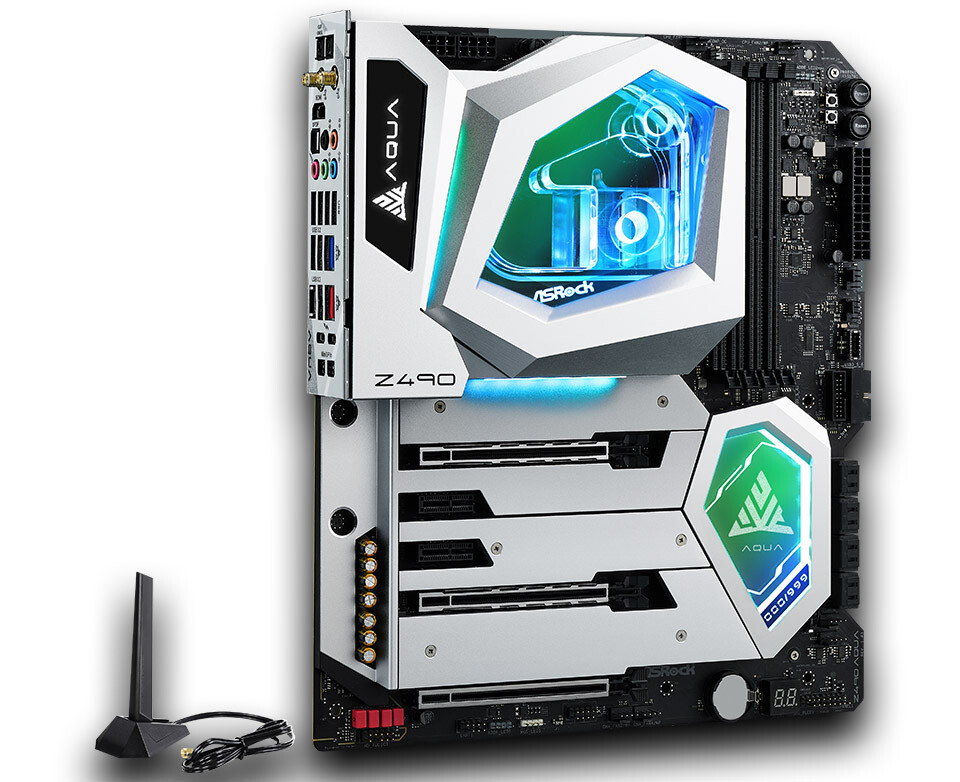 The Z490 Aqua builds upon the success of the AMD-based X570 Aqua, before adding on an OLED display that can display CPU voltages, temperatures, system and POST statuses, and a few other useful things too.

There's support for DDR4-4700 with a total capacity of up to 128GB across four memory slots, and there's also support for ECC DDR4 UDIMMs although these will only operate in non-ECC mode.

Still thinking about the water cooling side of things? The accessories bundle includes six knurled silver straight fittings, four 90° right-angled fittings, with a filling and drawing value, and two stop-cap fittings. If you're that way inclined, you'll be pleased to know Aqua logos are scattered liberally here, and there's a nice presentation box bundled in too.

The motherboard also includes an external base clock generator so it's ready for Intel Rocket Lake when it launches and will offer PCIe 4.0 support.

Understandably then, this isn't going to be a cheap motherboard. It's also expected to be fairly hefty in weight when it launches too. Oh, and it's rather exclusive with only 999 units being developed. While ASRock hasn't unveiled pricing or a concrete release date, we're expecting it to be available shortly after the Comet Lake series of processors launch. Price wise? Ouch feels like the correct word here. 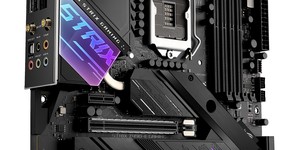 How does Asus' £300 Z490 ROG Strix board stack up against the competition? 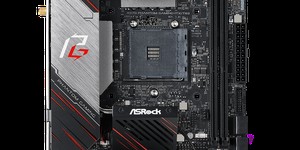