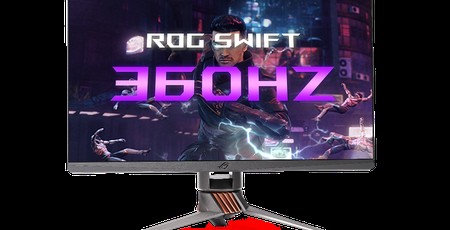 Nvidia and Asus will be showing off the world's first G-Sync 360Hz display at CES, and it promises to be 6 times faster than traditional displays.

The Asus ROG Swift 360 hopes to be the monitor that anyone obsessed with fast frame rates will be desperate to own. Thanks to its 360Hz refresh rate, it displays frames once every 2.8ms which, as mentioned, is reputedly up to 6 times faster than regular gaming displays and TVs. Previously, the highest refresh rate was a 'mere' 300Hz and that was an Asus laptop screen rather than gaming monitor. 240Hz was previously the big leader in gaming screens.

Understandably then, this monitor is specifically designed with esports competitions in mind, as well as those keen to feel they have every technological advantage possible when online gaming.

Via Asus' collaboration with Nvidia, it'll also benefit from Variable Refresh Rate (VRR) technology which means the GPU's frame rate corresponds with the refresh rate of the display dynamically, leading to no unpleasant looking tears and less risk of input lag. It's a feature you'd expect from a monitor of this calibre but a very welcome one, providing you own a Nvidia card, of course.

The Asus ROG Swift 360 is a 24.5" screen that will look very familiar to those who have previously owned Asus ROG monitors, albeit with its new and improved technology under the hood that's sure to provoke some discussion. Asus is comparing it to other widely available gaming monitors, but it's still found time to announce its forthcoming ROG Swift PG32UQX too.

This screen is a 4K 32" display with 1,400 nits HDR and DCI-P3 colour, 144Hz refresh rates, and offers a mini-LED panel backlight. There's certainly more details on this one than the more advanced aforementioned monitor. It's illuminated by a full-array local dimming backlight that offers 1152 mini LED zones, with the option to dim these for darker scenes in game. Asus reckons that means it'll offer a more lifelike HDR experience than we've seen before. There's also support for 10-bit colours throughout the refresh rate range, and while its refresh rate can't compete with the Asus ROG Swift 360's, it uses G-Sync technology to mean that performance will be tear-free and smooth.

There's also compatibility with Aura Sync-enabled devices so you can synchronise your LED lights to your heart's content. Because, yes, the LED trend shows no sign of slowing down in 2020. 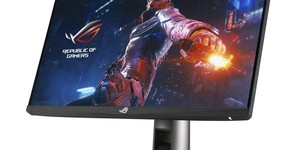 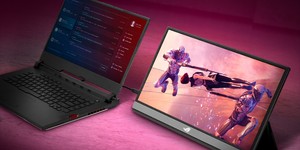 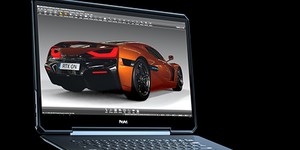