DisplayPort 2.0 monitors now to expected until later in 2021 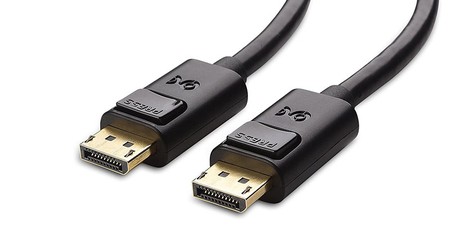 The Video Electronics Standards Association (VESA) published its DisplayPort 2.0 specifications nearly two years ago but monitors supporting the standard haven't made it to CES 2021. Moreover, you can comfortably count out the launch of such monitors for several months, as the hardware developers and engineers behind the standard haven't planned to meet until March.

According to a report by The Verge the first monitors with DisplayPort 2.0 were supposed to arrive in late 2020, but here we are at CES time 2021 and none have been announced. A VESA spokesperson told the magazine that "DisplayPort 2.0 is working now in new system chips that should appear in products later in 2021." It was noted that the important development meetings needed to progress a standard like this to production has been slowed by the Coronavirus pandemic. Normally there would be more frequent Plugtest events than there have been. Actually there were no Plugtests at all in 2020. Currently, VESA is registering attendees for a Plugtest from 9th to 12th March in virus-free Taiwan. After that meeting the process can get rolling again. DisplayPort 2.0 will enable higher resolutions, with faster refresh rates balanced against greater colour depths. Examples of what will be possible with and without data compression are:

As we await DisplayPort 2.0 monitors it is useful to know that the standard will be supported via USB Type-C using DisplayPort Alt Mode 2.0. Meanwhile, major rival display connection standard HDMI is now starting its advance to version 2.1 with similar gains in resolution, refresh rates and colour depths made possible. At CES the likes of Asus and Acer have launched new HDMI 2.1 monitors that will be made available to consumers in the coming weeks.